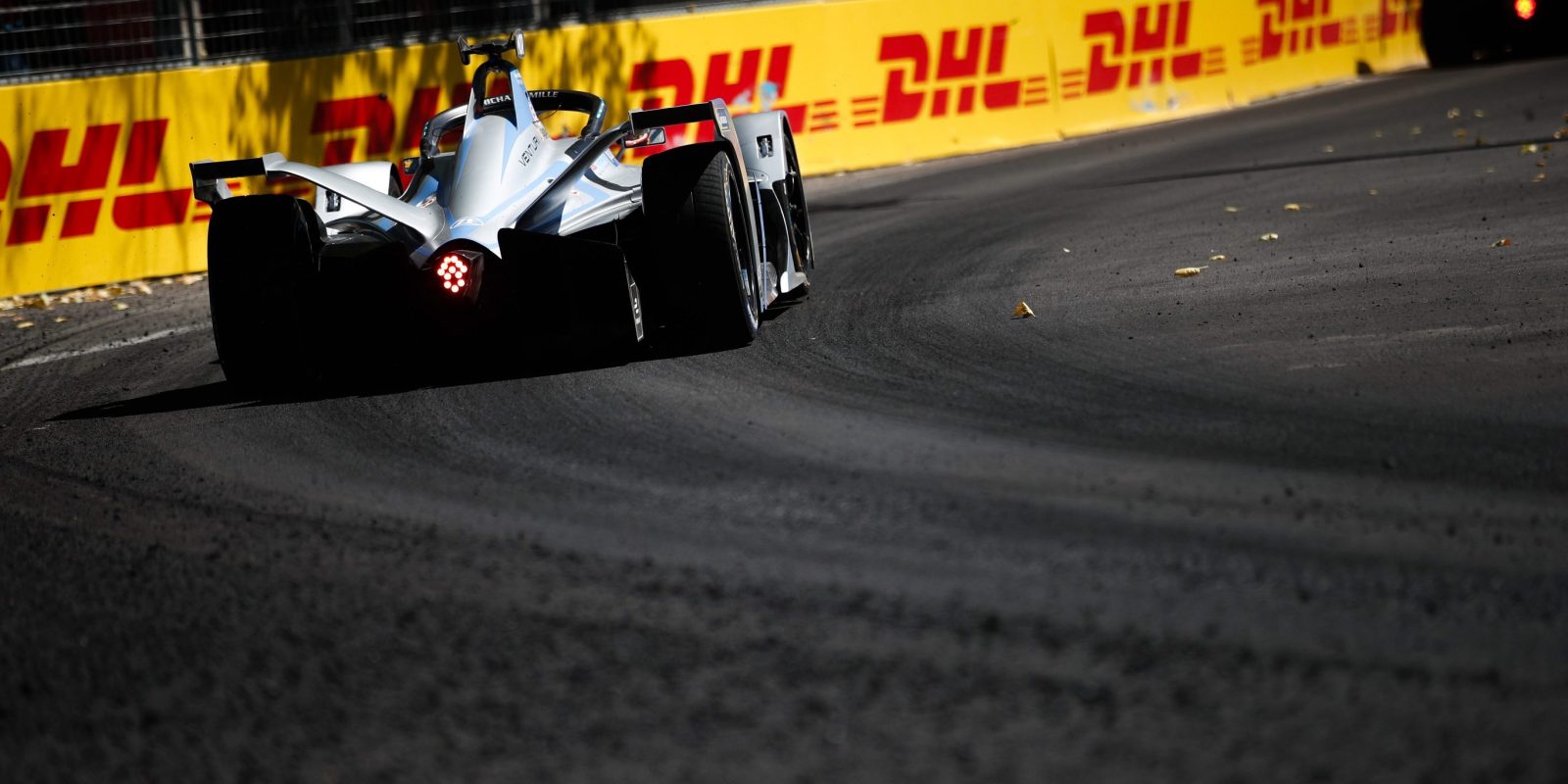 The next Formula E race is this Saturday, at the classic racing circuit Autodromo Hermanos Rodriguez in the heart of Mexico City.

Before I spoil the results of the last Formula E race with our race recap, the race is available in full on Formula E’s YouTube page.  Head on over to watch it if you’re so inclined.

Last time out was in Santiago, Chile, during the height of their local summer season.  This brought record temperatures and led to a race of attrition.

The first casualty was in qualifying, where Di Grassi set the best time but was penalized and sent to the back of the field to start the race for breaking a new rule intended to stop brakes from overheating on the hot weekend.  This ended up with former champion Sebastian Buemi starting the race on pole, the first instance of this since Nissan took over the e.dams team.

And after the dusty track in Marrakesh, we saw similarly difficult track conditions in Santiago – but this time, it was asphalt rather than dust which was the problem.  The track was so hot that the cars were literally tearing it up as they drove on it, resulting in lots of marbles off the racing line.  This is common in hot races, but usually we see bits of rubber from the tires, rather than bits of asphalt from the road. 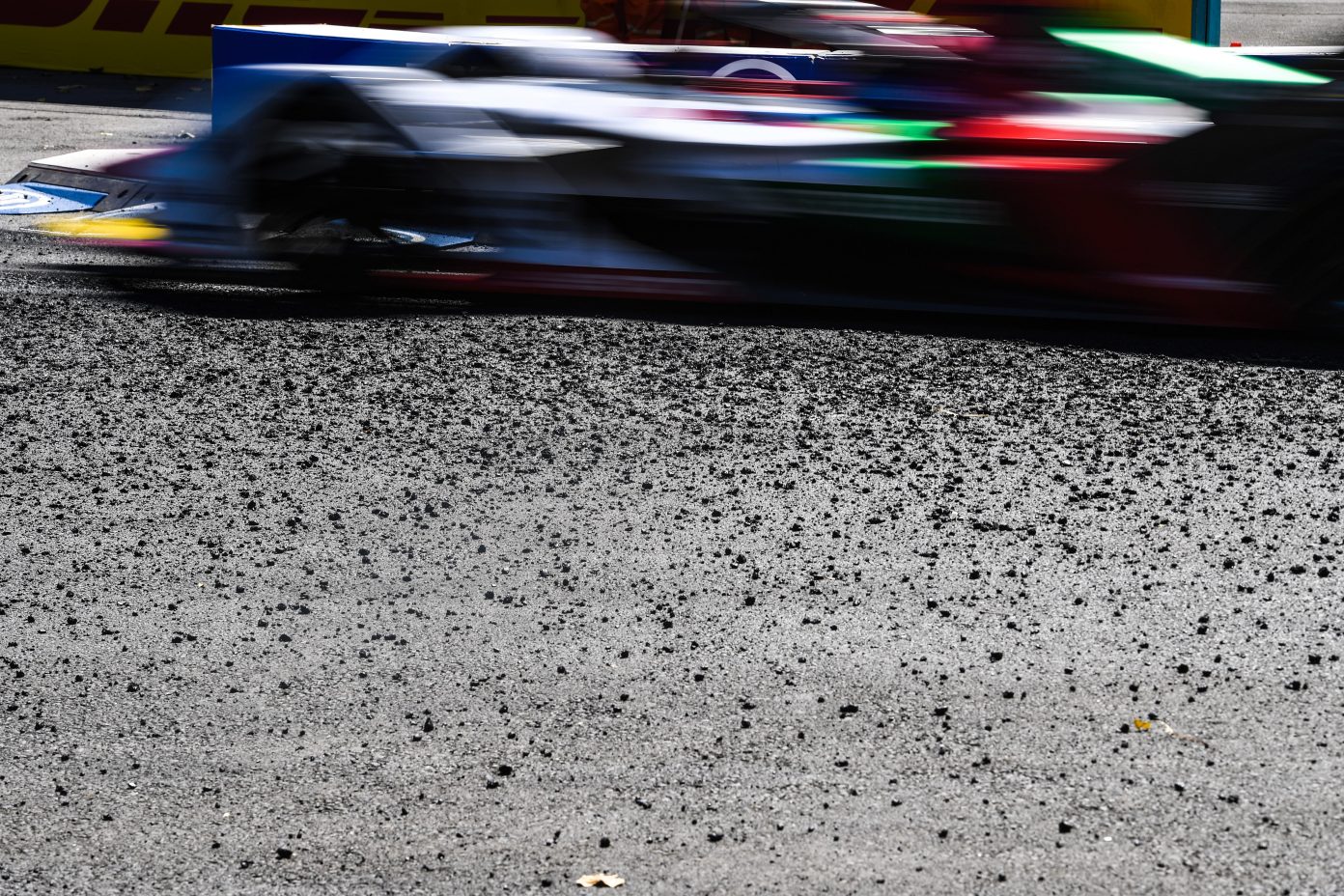 The race had plenty of attrition and penalties, with many cars losing control due to the lack of grip and crashing into the wall…or into each other.  Andre Lotterer hit the back of his teammate Jean-Eric Vergne – a big no-no in racing.  Worse yet, this is the second Santiago ePrix in a row where the same thing has happened.  Lotterer doesn’t seem to get along with Chile.  This eventually led to Vergne’s retirement from the race.

Buemi was racing well and looked that he would win the race, but he fell victim to the lack of grip 15 minutes before the end of the race, and ended up in the wall after being pressured by Alexander Sims in the BMW.

Sims, a longtime EV enthusiast and BMW i3/Tesla Roadster owner, did well in this race, and even managed to stand on the podium at the finish.  But post-race he was penalized for coming together with Eduardo Mortara, which gave him an eighth place result and promoted Daniel Abt to third place.

Pascal Wehrlein was a standout driver, racing in his first “real” race (after being crashed into on the first lap in Marrakesh).  He ended up securing second place on the podium.  He’s definitely a driver to watch this year.

And perennial Formula E winner Sam Bird, the only competitor to win a race in every season of Formula E, crossed the finish line first.  He’s now leading the championship, just ahead of Jerome D’Ambrosio, who finished this race in tenth place.

All in all we had 8 retirements in this race, and quite a star-studded list too.  Antonio Felix da Costa, Oliver Rowland, Maximilian Gunther, Tom Dillmann, Stoffel Vandoorne, Felipe Massa, Buemi and Vergne were all unable to finish for various reasons.

If you’d like to see the race highlights, they’ll be embedded at the bottom of this post.

The track in Mexico City is interesting because it’s one of the few tracks Formula E shares with any other racing series.  Most of Formula E’s tracks are in downtown areas using normal city streets or city parks.  This is possible for Formula E because the cars are much quieter and thus don’t run afoul of city-dwellers who would rather not have hundreds of decibels right outside their windows.

But Mexico City’s track is the Autodromo Hermanos Rodriguez, a legitimate racing circuit which is nevertheless near the heart of the city.  This racing circuit was used for F1 races in the 60s and 80s/90s, and recently changed configurations for a comeback to the F1 calendar in 2015.  It was also added to the Formula E calendar in 2016, so this will be the fourth ePrix there.

The Formula E race, however, takes place on a different configuration of the track than the F1 race, so we won’t be able to compare times directly.  Formula E has been hesitant to race on the same tracks as F1, because F1 will certainly be much faster.  F1 is a “constructed series”, where teams compete to make the fastest cars and spend tremendous amounts of money in doing so.  Formula E, in contrast, is more of a “spec series” where cars all have the same chassis and only have a little differentiation drive-wise.

This means the cars aren’t pushing the envelope like F1 cars are – though that was never really the intent of Formula E.  The series even races on treaded street tires, rather than slicks, to make it more “road-relevant.”  This is all done to reduce costs and to attract manufacturers to the series, in the hopes that they will use Formula E to bolster their electric drivetrain development departments and transfer some of that knowledge to their road cars.  And it seems to be working, with many manufacturers joining this year and next, even leaving other series to come to Formula E.

It’s kind of too bad though, because Mexico City is the track where Formula E would have the least disadvantage versus F1 cars.  Mexico City is at a high elevation, which gives F1 engines a significant disadvantage because there’s less oxygen in the air to combust.  Electric cars don’t have this issue, and their motors produce just as much power at high altitudes as low ones.  There’s also less-dense air which makes F1’s focus on aerodynamic grip less useful.  Formula E however is a low-downforce series and won’t be held back quite so much by less-dense air.

So while we won’t see a direct comparison between F1 and Formula E cars, it might be interesting to watch the mid-corner speed or the max speed on some of the straights shared between the two tracks.  Formula E will certainly be slower, but the difference should be getting closer year-by-year, especially with this year’s big jump up in performance.

We’ll also get our second chance to compare this year’s car directly with last year’s in a race.  At the Marrakesh ePrix the cars were about 2.5 seconds faster.  Last year in Mexico the fastest lap was 1:02.2 and pole was 1:01.6, so we can expect a fastest lap a little less than 1 minute long if that pattern holds.

In the drivers and teams category, Formula E tends to shuffle its drivers more than other series, and this race is no different.  Maximilian Gunther will leave the Dragon Racing team this week, and will be replaced by Felipe Nasr.  Felipe Nasr is a former Formula One driver who raced for Sauber for two seasons, with a best finish of 5th place and a number of other top-ten finishes.

Importantly, the teams’ championship continues to be wide open.  Unlike many other race series (like F1) where one of two constructors are expected to win each race, Formula E with its spec racing gives everyone a chance of getting significant points.  Despite the apparent speed of BMW, they again finished poorly with one retirement and one 7th place, leaving Virgin, Mahindra and Techeetah at the front of the championships.  But BMW and Audi are both within a shout, and Jaguar and Nissan each still have a chance.

So in terms of the teams’ championship, all we know is that we know nothing.  There’s a lot left in this season and it would be hard to bet on any team being a sure thing this year, even with Virgin’s current lead.

The Santiago ePrix starts at 4pm local time in Mexico City, 22:00 UTC, or 2pm PST/5pm EST, on Saturday February 16.  Head to Formula E’s website to learn how to watch the race in your country.