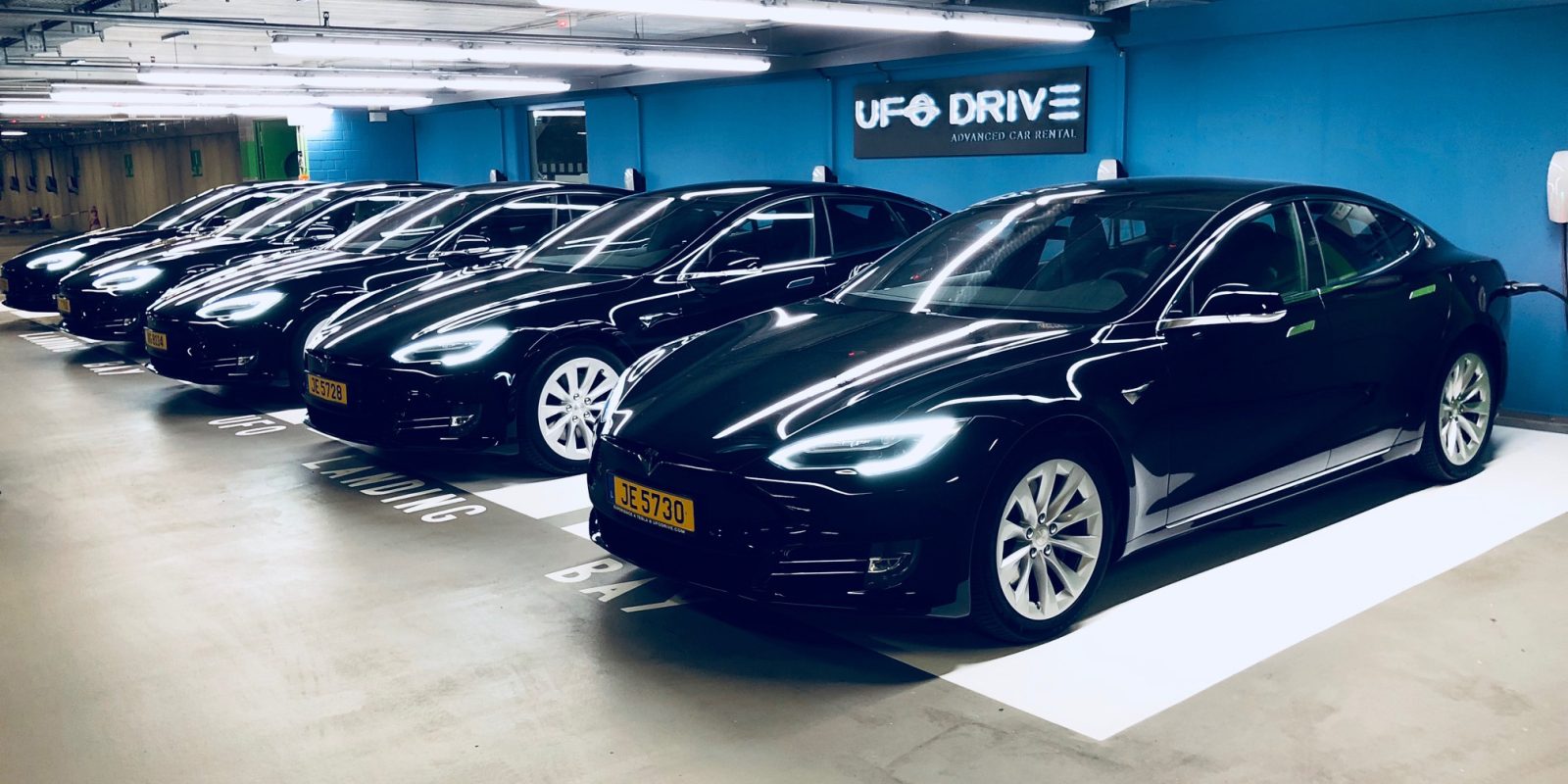 Aidan McClean rented a lot of cars during his years of business travel. After visiting nearly every international airport in Europe and the U.S., and trying all sorts of different rental companies, the experience never got any better. “It just didn’t work,” he said.

So he started his own car rental company — and it only rents EVs.

UFODRIVE is a European EV rental car company with sites in three European airports — Brussels, Luxembourg, and Hamburg. The company has other rental locations on the way, and is even eyeing the U.S. market, as well. UFODRIVE’s CEO McClean talked to Electrek about the company’s development and future plans.

The first thing that made McClean interested in a better car rental experience was how much time it takes to actually pick up a car.

“Time saving, that was the number one thing that was bugging me,” he said. “There’s no value in queuing to pick up your keys at a car rental desk.”

So with UFODRIVE, McClean made sure there would be no lines. Everything is done through the company’s app.

Customers can book through the app (or the UFODRIVE website), which gives users one all-inclusive price, including insurance and charging. Before picking up the car, customers can use the app to scan their drivers’ license for registration purposes. The app will guide you to the car, and from there, it will show you any known damage on the car while customers inspect it — drivers can take photos of any further damage.

After that, a keyless entry provides access to the car and the process is complete. Charging is included for free, either through Tesla’s Supercharger network or via charging cards for third-party chargers, depending on the vehicle.

“Arrive and drive,” he said, noting that returning customers can get into their cars and drive off in as quickly as two minutes. Returning a car and closing out the rental contract requires plugging in the vehicle to charge before walking away, and the vehicles are cleaned on site while charging.

Why did McClean want to go all-electric with his venture? It all goes back to his time as a cyclist, racing along roads as cars passed him by.

“I had enough of sucking in diesel fumes when a car goes past me. I thought, ‘This is wrong, this has to stop.’ It has to change,” he said. “I actually think the attitude to diesel and petrol in Europe is getting to be the way smoking was 20 years ago. Almost everyone I speak to, their next car will be an electric.”

So UFODRIVE presented the perfect opportunity to get people into EVs. Currently, the company offers the Tesla Model S, Jaguar I-PACE, and the newest Nissan Leaf. UFODRIVE will also be adding the Tesla Model 3 and Hyundai Kona Electric to its fleet in the near future, and McClean is also considering adding the Audi e-tron. (UFODRIVE’s fleet webpage reveals a number of other possible future vehicles, as well.)

Based on customer feedback so far, McClean estimates half his customers want a new way to rent a car. The other half simply want the chance to drive an EV. “About a quarter of people say they just want to drive a Tesla,” he said.

As for the rental cost, McClean compares it to renting a luxury vehicle from another rental provider. However, he’s quick to point out that offering built-in insurance and free charging — with no need for fuel, of course — lowers that price, making the overall cost 20 percent cheaper “in most cases.”

UFODRIVE is launching its first city center site, in Brussels, on Monday. A Dublin city site is also in the works, with a London site advancing, as well. McClean said these city locations will be near hotels and business centers.

McClean said a number of other airport sites are also planned for Europe, with three more coming soon.

UFODRIVE also has plans to enter the U.S. market. A launch in the latter part of this year or 2020 is possible, and McClean has already zeroed in on some possible locations in California and Florida. He noted that the company is considering both its own locations — as it has in Europe — or franchising through another rental provider.

McClean clearly has an eye on expansion. But his goal is to build up UFODRIVE’s fleet slowly — starting with five cars and working up to 30 at each location. He said that demand has been better than expected thus far, and UFODRIVE is “on the road to being profitable.”

He also plans to add more features to the app as time progresses. All of this, he hopes, will get more people into the seats of his all-electric fleet. “It’s a huge opportunity to get people to use EVs,” he said.