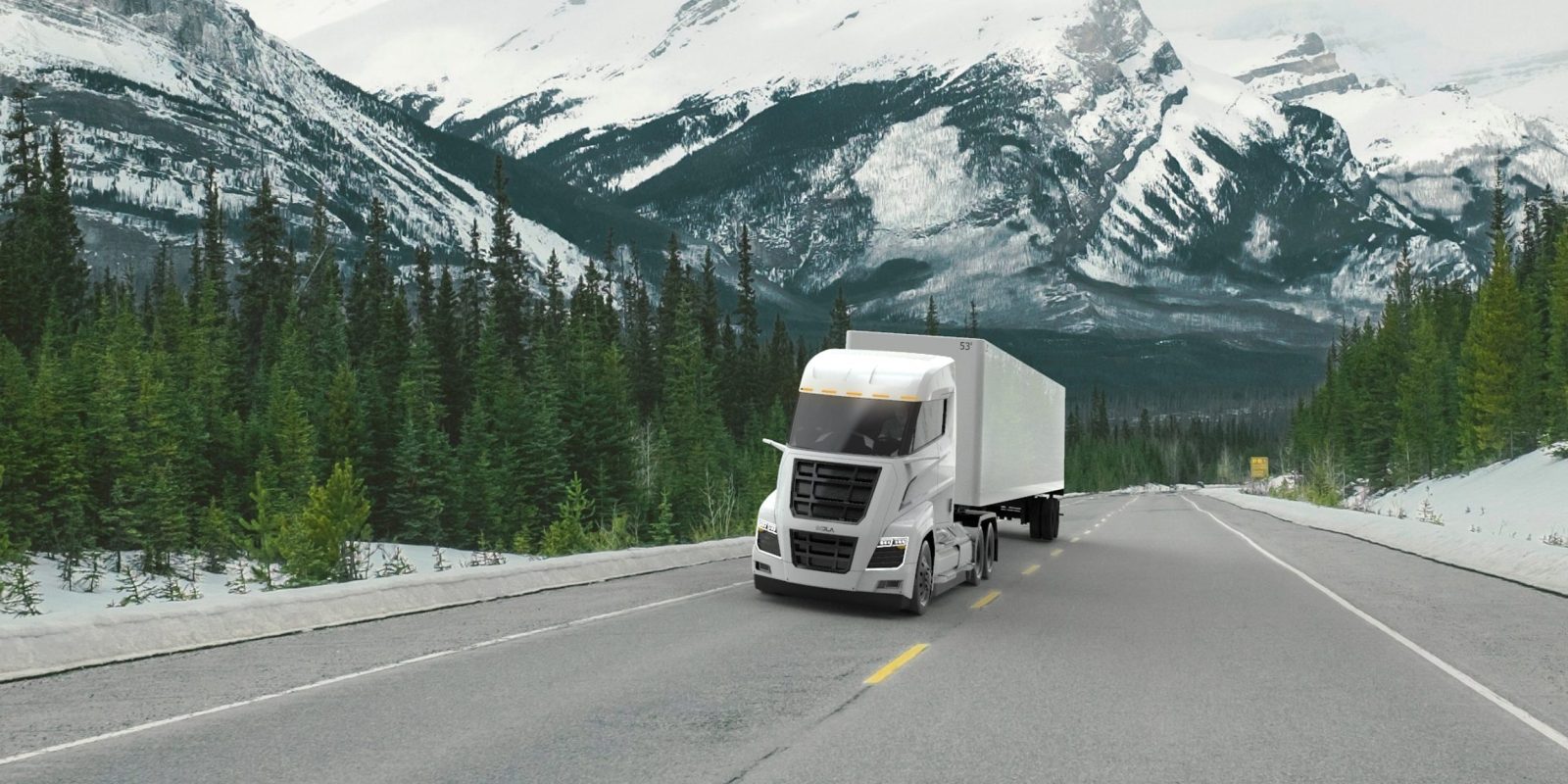 Nikola Motors, an electric and hydrogen truck startup, is announcing new all-electric versions of their semi trucks in order to compete with Tesla Semi.

The startup first announced plans for a hybrid electric and natural gas semi truck over 3 years ago.

They later changed their plans to hybrid battery-electric and fuel cell hydrogen trucks with plans for a massive hydrogen supply chain and fueling station network.

Later, Tesla unveiled its all-electric semi truck that showed battery-electric class 8 vehicles were viable and it changed many people’s perspectives.

At the time, Nikola Motors mocked Tesla’s effort – arguing that they couldn’t achieve the range that they were claiming on battery-electric only.

Now they are announcing battery-electric versions for two of their truck models:

Breaking: Our CEO, @nikolatrevor will announce Nikola Two and Nikola Tre in both Hydrogen and BEV at Nikola World. You will be able to order both trucks in 500kWh, 750kWh and 1mWh options BEV. Don't miss Nikola World 2019. Hydrogen long haul, BEV short haul. #emissionsgameover

They are only talking about Nikola Tre (left) and Nikola Two (right) – and not Nikola One, which is their main long-range truck:

The company says that this announcement does not affect its plan for hydrogen stations and they plan hydrogen versions of their trucks.

More details are expected to be released soon.

I’ve been saying that Nikola Motors’ hydrogen fuel cell plans made no sense when you have something like Tesla Semi on the market.

Now they are still saying that the hydrogen fuel cell version is going to be an option, but I think this is a just a slow phase-out of the plan – though I’m sure Nikola will not admit that.

But I’m still not on board with Nikola for several reasons.

First off, their patent trolling lawsuit against Tesla is just ridiculous and the fact that they think it’s a good idea to pursue that shows bad character and weakness.

Secondly, they are all over the place. They first started off with plans for a CNG powertrain, then switched to hydrogen, and now I expect that they will slowly phase this out to battery-electric.

I think that by the time their trucks will be ready and they deploy hydrogen stations and the entire infrastructure required to produce the hydrogen to fuel those trucks, battery-electric semi trucks will have already surpassed them in performance and cost.

As for efficiency, which is the actual problem that battery-electric and hydrogen trucks are trying to solve, there’s no doubt that batteries are much more efficient than powering vehicles with hydrogen.

Battery-electric trucks also have a charging infrastructure issue, but it’s a much more simple one to solve since there’s already a vast electric grid to support the deployment of charging stations.

If I am a fleet operator, I would be much more interest in a Tesla Semi right now than in a hydrogen truck.

Good on Nikola to offer some all-electric options, but I think they might be too far behind at this point because they held on to hydrogen for too long.