This $5,000 electric pickup truck is an impressive NEV in disguise

At just $5,000, the Pickman is one of the cheapest electric utility vehicles on the market.

But before you start planning to tow your RV with it, make sure you check the specs. This little guy’s 1,100 lb capacity and low top speed make it more of a neighborhood electric vehicle (NEV). Even so, the Pickman is poised to fill an interesting niche in the US, and that could be the secret to its success.

With a top speed of just 28 mph (45 km/h), it’s not that much faster than most electric bicycles.

But if you consider the Pickman’s 1,100 lb (500 kg) cargo capacity, 75 mile (121 km) range and slew of accessories, the little NEV actually packs quite the utility punch.

Its 4 kW motor isn’t much to write home about, so don’t expect an impressive 0-28 mph time – especially with a thousand pounds of cargo in the bed. But for those that value run time over speed, then the Pickman’s 7.2 kWh battery pack is a nice touch. And while the current version seems to offer only a tailgate, renderings with sidegate options offer even more utility.

The Pickman is ready for US sales

According to Kaiyun Motors, there are already a few Pickman electric trucks in the US as part of a test program. And now that the company has received NHTSA approval for the Pickman, Kaiyun is preparing to send as many as 10,000 units to the US this year.

Kaiyun’s founder Wang Chao believes that the Pickman will have a strong market in the utility sector, where range and cargo capacity are often more important than speed. Such uses include farm owners, factory workers, construction and job sites, etc. In those cases, a larger gas powered pickup truck might be overkill for many small and medium sized jobs. An NEV like the Pickman not only costs a fraction of the price of a standard ICE pickup truck, but is also much cheaper to operate, not to mention cleaner. 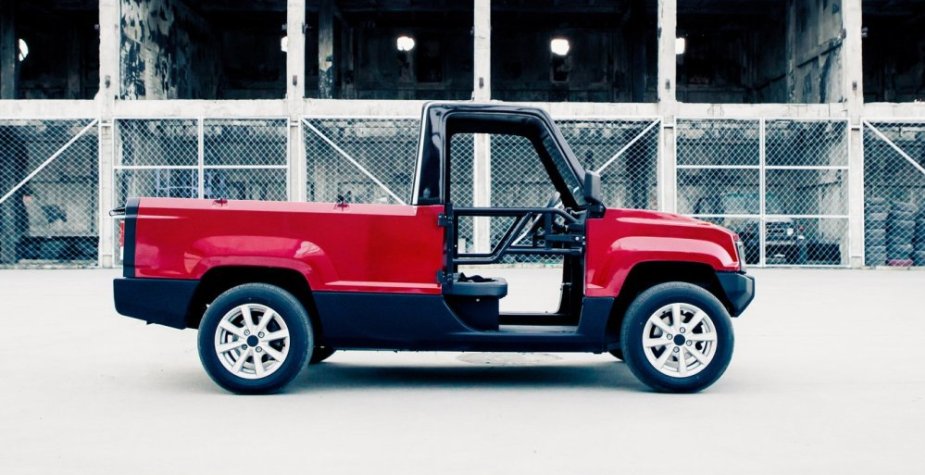 As Wang Chao described to Bloomberg:

“2019 will be year one for Kaiyun as we take on overseas markets including the U.S. We can make our Pickman as successful as the F-150.”

Where can you drive a Pickman or other NEV?

They are generally considered to be vehicles that can travel up to 25 or 30 mph, weigh less than 3,000 lbs, and meet an abbreviated list of safety requirements, though these laws vary by state. In some states they can be operated on roads with posted speed limits up to 45 mph, though many states use a lower 35 mph road limit. 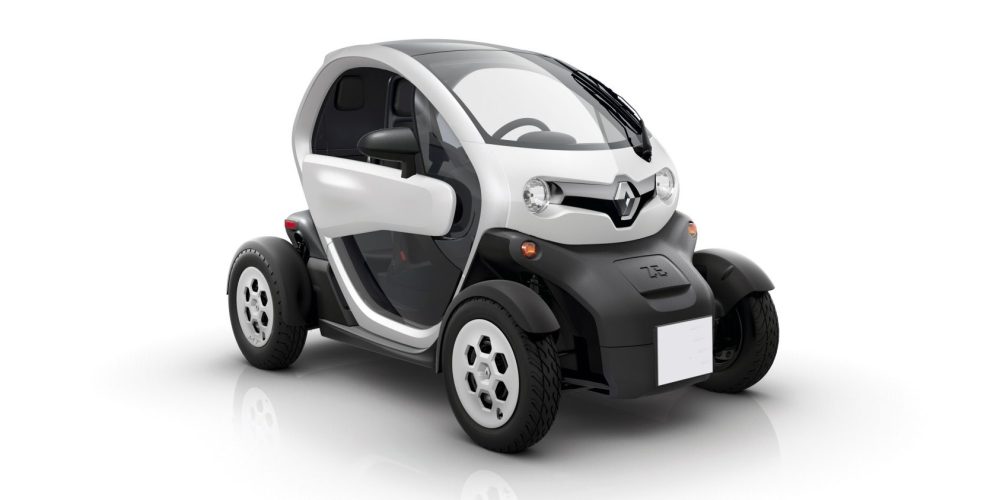 Some of the most popular NEVs have been the GEM and Twizy, with both counting sales in the tens of thousands of units. The NEV class of vehicle is constantly growing, with new offerings including a variety of utility vehicles optimized for lower speed tasks, such as people movers and cargo haulers.

Call me an optimist, but I think the Pickman has a chance of succeeding.

First of all, let’s talk about what the Pickman isn’t. It isn’t an F-150 killer. It’s not going to replace normal pickup trucks. So those of you yelling in the comment section about how this isn’t a truck can keep yelling, but please understand that you’re attacking a straw man. Anyone who needs a real truck and wants an EV will wait for a Rivian or a Tesla pickup or some other option.

What the Pickman IS is an electric utility vehicle that can replace many trips normally performed by standard pickup trucks. How often do you see a pickup truck driving around with a dozen 2×4’s or three bags of cement in the bed? Those kinds of trips are just silly to waste all that gas on, especially when they often occur on job sites and in industrial parks – places where high speed isn’t a priority.

Sure, 28 mph is pretty limiting and means that you can’t drive on roads faster than 35 mph in most states. But that leaves a lot of city streets available, making room for the Pickman to be used for urban delivery and cargo tasks in cities. Outside of urban centers, the Pickman could be great for farming communities. Hell, throw a few solar panels on top as a bed cover and you could conceivably get halfway charged with one day of sunlight and never have to plug the thing in around your farm or sprawling property.

Lastly, I think the design has some serious advantages. NEVs haven’t really caught on in the US as much has they have in Europe or especially in Asia. Part of that could be the way our towns are more spread out. But most Americans live in urban centers, so I don’t think that’s it. I think the bigger obstacle to NEV adoption is simply the fact that they look weird. Most people wouldn’t be caught dead in a GEM bubble car that looks like an airport elderly-mobile. But if you just mold the same basic vehicle into a pickup truck with functional bed and realistic cargo capacity, then suddenly you have a vehicle that doesn’t look quite as ridiculous. And if enough forward thinkers can put their “what will my neighbors think of me?” worries aside and try an NEV, they might realize that a cheap little car that never requires gas is actually quite convenient.

So yes, there are some serious limitations to the Pickman. But there are also a lot of advantages that no other type of vehicle can offer. And for that reason, I think this odd little truck-shaped thing just might stand a chance.

What do you think? Let us know in the comment section below!