This electric submarine could be just what your electric superyacht needs

Despite looking more like a race car or quadcopter drone, the DeepFlight Dragon is actually a fully capable underwater electric submersible. And if you’ve been looking for the perfect addition to your superyacht, then look no further. Who needs a tender when you could be skimming the sea floor instead?

From electric ferries to record-setting electric speed boats and even electric surfboards, we’re no strangers to electric watercraft rocking in the surf.

But under the surf? That’s a new one for us, and an exciting development for electric vehicles in general.

Meet the DeepFlight Dragon, an electric submarine designed to be so simple that anyone can pilot it. 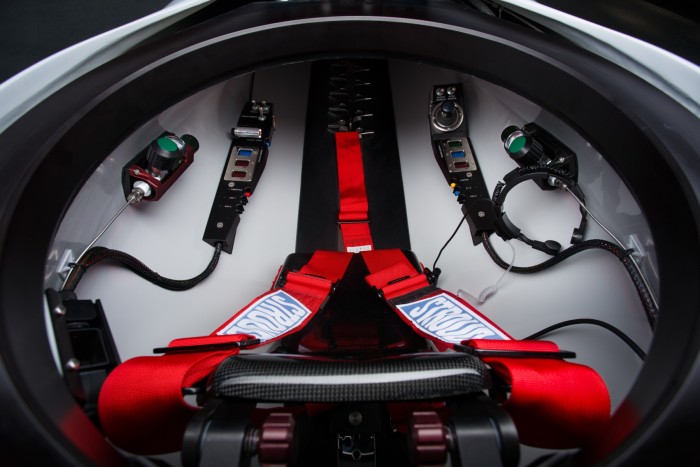 With advanced automatic stability software and multi-axis thrusters automatically handling most of the work, the pilot’s controls are as simple as it gets. A lever in one hand controls your height in the water, while a joystick in the other gives you forward, backwards and side to side control.

It’s likely easier than learning to fly a drone. And that’s the point. The DeepFlight Dragon is designed to take the stress and concentration out of the operation, allowing the sub’s occupants to enjoy the sea around them.

“Dragon’s cockpit and flight controls were designed for easy, intuitive use, allowing the submarine to be piloted by its owner. Additionally, Dragon is the first DeepFlight submarine to offer the DeepFlight Dive Manager, a proprietary technology that monitors and manages critical functions, and provides the ability to set depth limits and other parameters for worry-free diving.”

And while the concept sounds simple, the years of development that went into creating the DeepFlight Dragon were anything but. The technology required to create such as a simple to use, yet safe electric submarine is impressive in its own right.

The DeepFlight Dragon has a runtime of up to 8 hours thanks to a large 14 kWh LiFePO4 battery pack. In addition, there is additional emergency battery power available for up to 72 hours, which is how long the emergency life support system is designed to last.

And with dual oxygen filters and carbon dioxide scrubbers as well as dual life support systems, the sub is designed with safety held paramount.

That means you shouldn’t plan on needing those 72 hours of emergency life support. The sub actually remains positively buoyant the entire time it is underwater, and doesn’t use ballasts or drop weights, both of which could become potential points of failure. Instead, the DeepFlight Dragon constantly uses its thrust to remain underwater. If there should ever be a system failure or the sub simply ran out of battery, it would gently float to the surface. And for extra redundancy, there’s an additional inflatable lift system that can be used in emergencies. 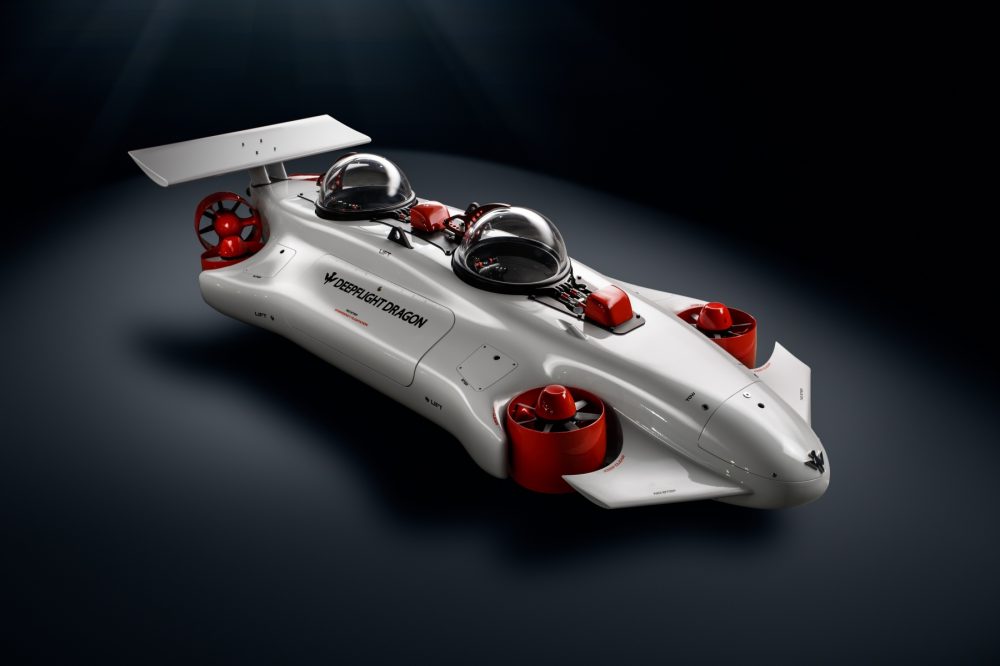 And while the $1.5 million DeepFlight Dragon could be launched like your weekend boat, it was ideally designed be stored on superyachts, where it can be launched just like a tender.

So the next time you’re sailing the seas on your electric superyacht and wonder if life under the sea is as good as it is above, now you can simply launch your DeepFlight Dragon electric submarine and find out. And since there’s seating for two, I’d be more than happy to receive an invite.