Earlier this month, Zero Motorcycles announced that an all-new electric motorcycle was coming. The company revealed that the new model would be known as the SR/F but didn’t offer many other details.

Now Zero has offered up more clues about their upcoming electric motorcycle.

The Zero SR/F is poised to be a brand new bike for the company, not just a model upgrade. Built on an entirely new frame, Zero promises that the bike will be the “first of its kind”.

According to the California-based electric motorcycle manufacturer:

“More than a new model, the Zero SR/F is an entirely new platform. Zero SR/F combines cutting-edge technology with the most powerful drivetrain Zero has ever produced. The result is the most integrated, premium, and high performance electric motorcycle the company has ever created. The Zero SR/F provides an effortlessly powerful experience in the naked street bike category. Further details of the Zero SR/F will be unveiled worldwide on February 25, 2019.”

Along with that cryptic description, Zero first provided a teaser image of the front of the SR/F, below. 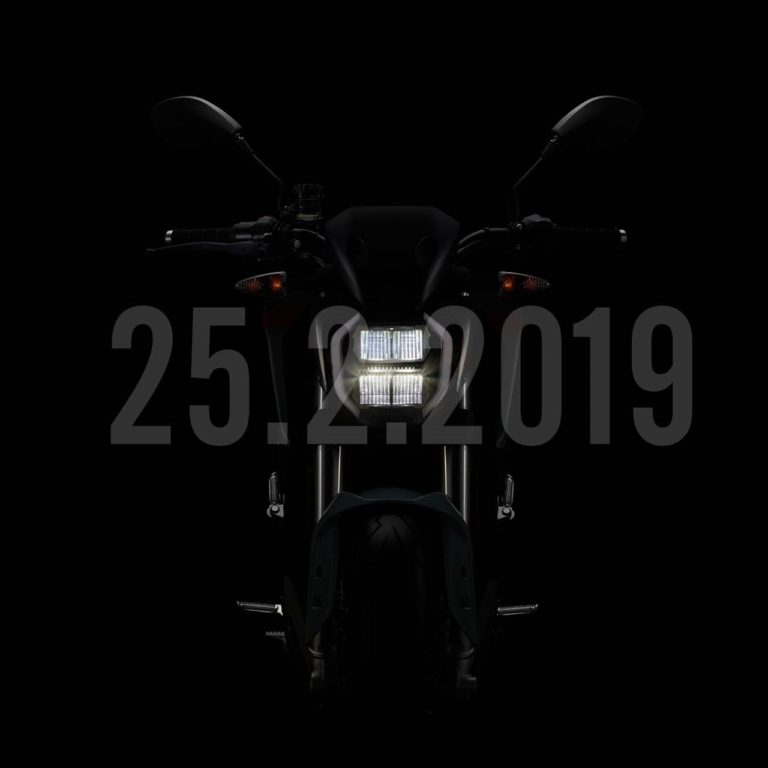 The original teaser image showed us very little new info about the bike, other than the headlight.

But today Zero has offered up a little more info, showing us a teaser of the bike’s profile. 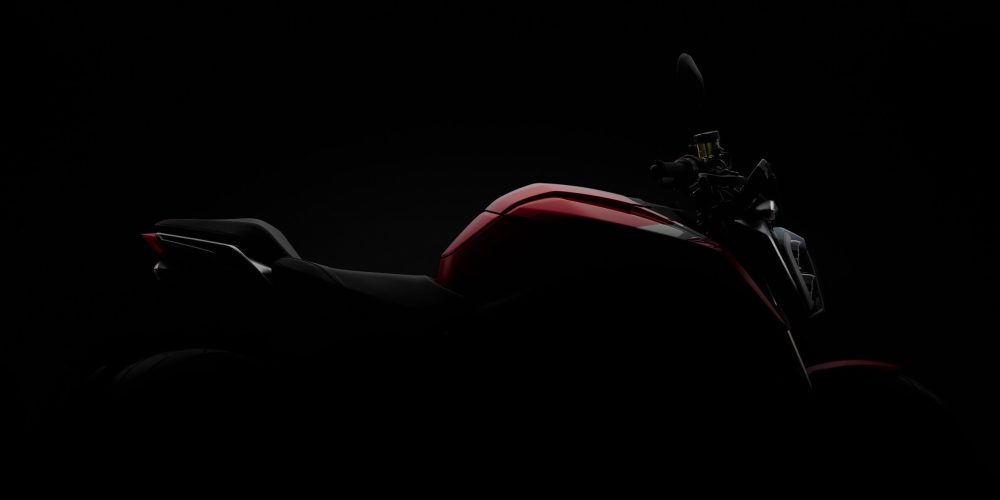 At first glance, we see what appears to be a sportier, slightly more aggressive looking Zero SR. A larger faux tank could house increased battery capacity, a more powerful controller or an upgraded charger. But in true CSI fashion, let’s see if we can find any more clues. “Enhance! Enhance! Enhance!”

By playing with the lighting levels on their web image, we can start to pull out some more detail.

A larger rear coilover shock is visible, mounted to what is presumably a brand new swingarm designed to incorporate the new suspension. The wheelbase appears to be slightly stretched compared to a standard Zero SR. And of course the new seat is obviously now a two-piece construction with more pronounced seatback support for the rider. Lastly, that rear tire might be slightly wider as well, though it’s a bit hard to tell.

All of this suggests to me that we are looking at a bike with speed and acceleration specs never before seen on a Zero.

The upgraded rear suspension and more prominent seat support would be important for launch control, while the longer wheel base would increase stability at higher speeds. While some speculated that the ‘F’ in the new Zero SR/F stood for “fairing”, perhaps it could stand for “fast” instead.

A speed boost on the Zero SR/F is a good bet, in my opinion. 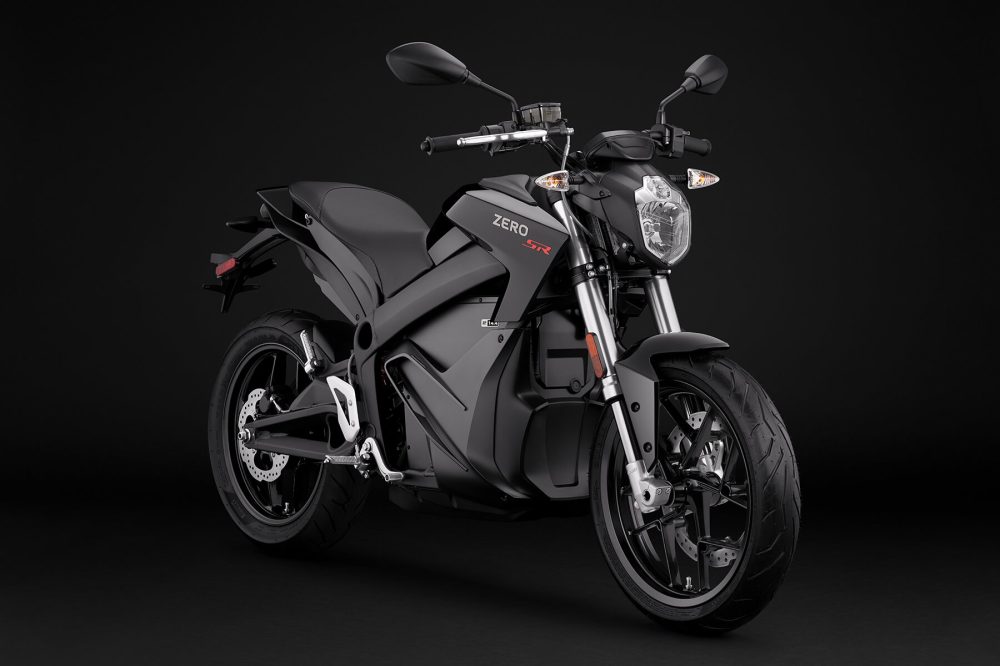 While that’s faster than most will ever get the chance to legally ride, it’s nothing special in the motorcycle world.

Even in the nascent electric motorcycle industry, Lightning Motorcycle’s LS-218 can already hit more than twice those speeds.

We likely won’t know for sure what kind of bike we’re looking at in the SR/F until February 25th when Zero finally drops the veil. Though at the rate they’ve been dripping out details, don’t be surprised if we get a few more early clues in the coming weeks.

I can’t say for sure that we’re looking at a higher speed Zero SR here, but I think that’s where the clues are leading. And while I doubt we’ll see a superbike coming out of Zero soon, they definitely need to up their game when it comes to specs. There are simply too many new electric motorcycles coming out with next level performance numbers.

Zero had the luxury of coasting for years, making incremental improvements to their bikes. Don’t get me wrong, Zero has made some impressive progress and deserves credit for creating and then leading the industry. But without serious competitors, the company wasn’t forced to maintain rapid innovation.

That changes this year. Lightning Motorcycles will be debuting their Lightning Strike e-moto, which delivers performance well above Zero’s SR at a lower price.

Italian electric motorcycle manufacturer Energica is also making headway in the US, recently opening a new dealership in the Northeast. Harley-Davidson is of course entering the market with the LiveWire, though at $30,000 it is in a different class than any bike currently made by Zero.

There are even some impressive designs coming out of Asia now, with electric motorcycle offerings from Chinese Evoke and Taiwanese KYMCO that could threaten Zero’s market.

With all of this competition, Zero is right to return to the innovation that originally landed them the top spot. Yet only time will tell what exactly the Zero SR/F will have to offer, and if it will be enough to keep Zero on top.