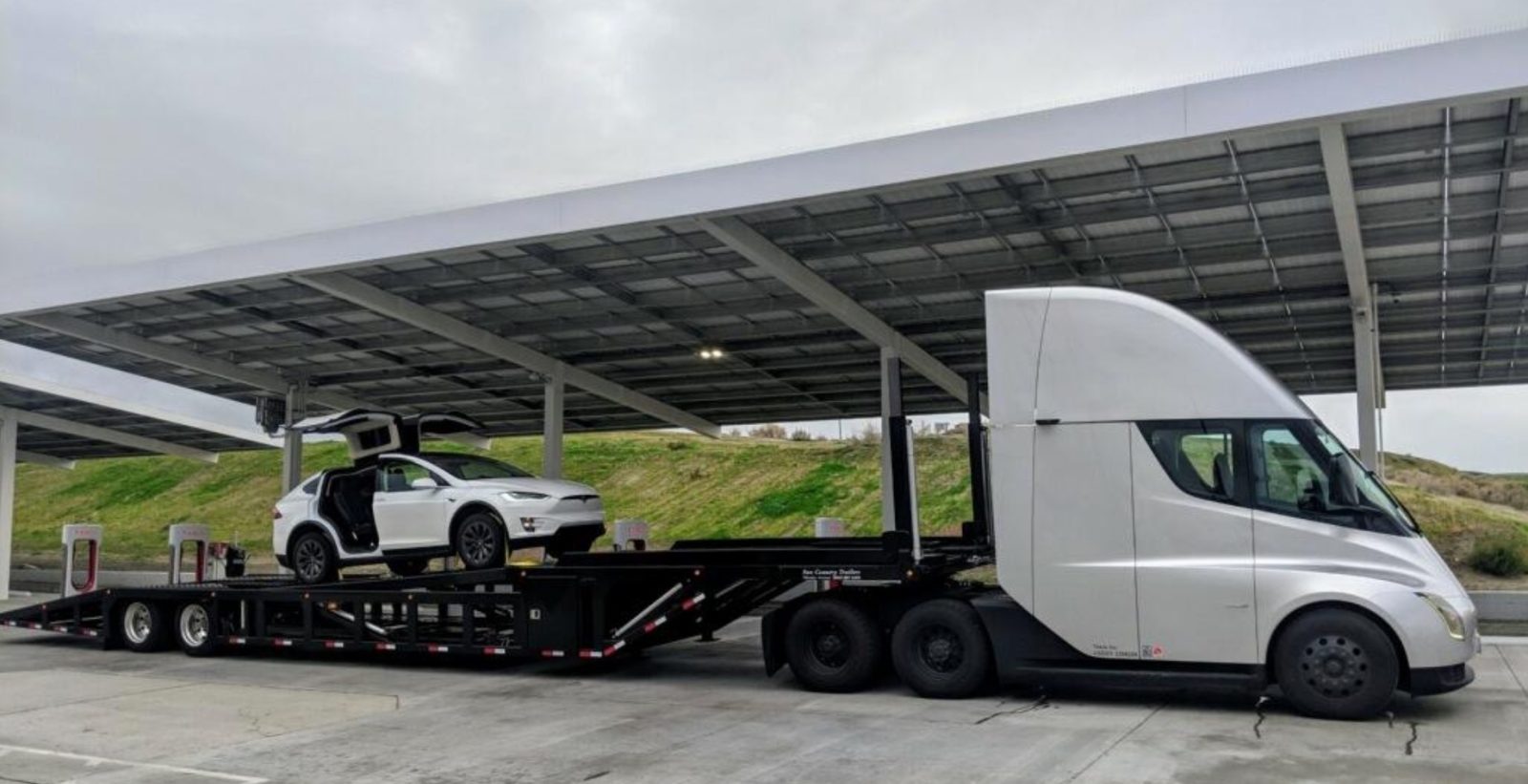 It looks like Tesla Semi is being used to move some cargo again and some interesting one this time: an actual Tesla Model X.

About a year ago, Elon Musk announced that Tesla Semi was setting out on its first cargo trip with battery packs from Gigafactory 1 to the Fremont factory.

While Tesla Semi prototypes have been spotted with trailers every now and again, it hasn’t been clear if it was moving cargo ever since that first test run.

Jerome Guillen, Tesla’s President of Automotive and VP of Truck programs, shared on LinkedIn a picture of a Model X being loaded on a car carrier trailer attached to a Tesla Semi prototype today: 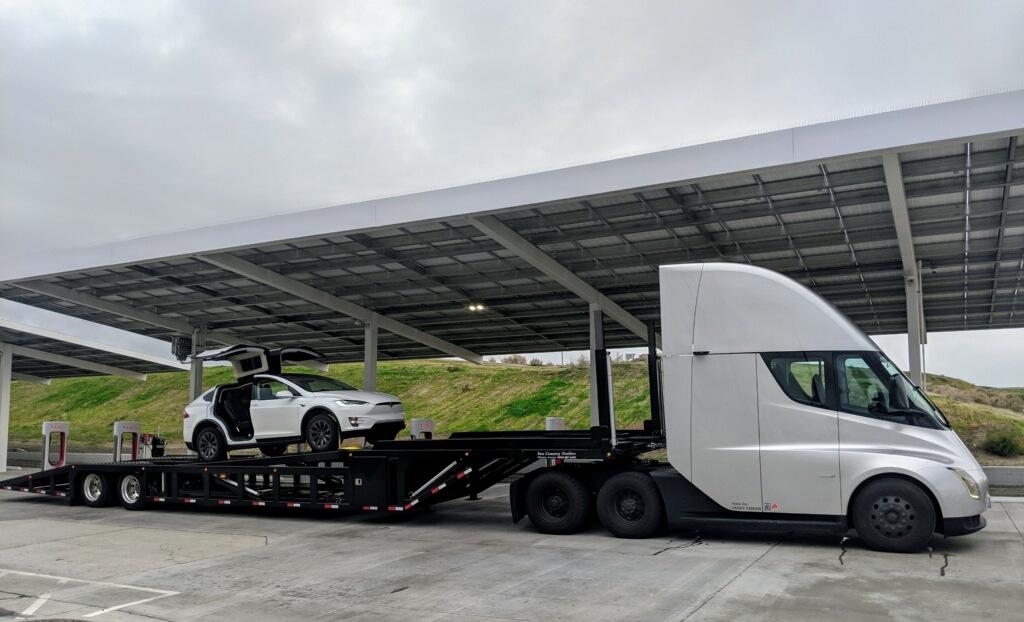 The executive added the caption “aircraft carrier”, which is presumably a joke in reference to the Model X looking like it is about to take flight with both Falcon Wing doors open.

It’s the first time that we have seen Tesla Semi with a car carrier trailer attached.

Interestingly, Musk announced last year that Tesla started building its own car carriers due to an ‘extreme shortage’, especially during the end of the quarter delivery rush as they were ramping up Model 3 deliveries

A few months later, Tesla also announced that it was buying trucking companies in order to help increase its delivery capacity.

Tesla has been accumulating a lot of orders for its electric truck, but the company always said that it would itself be an important user of the Tesla Semi as part of its supply chain and distribution operations.

The company has been claiming that Tesla Semi will bring an important improvement in cost of operations by using cheap electricity.

Trucking companies using the electric trucks could use the difference to improve their margins or reduce their prices.

If Tesla uses the trucks itself, it could theoretically reduce its transportations cost, which Musk described as “gigantic” in some cases – like between Fremont Factory and Gigafactory 1.