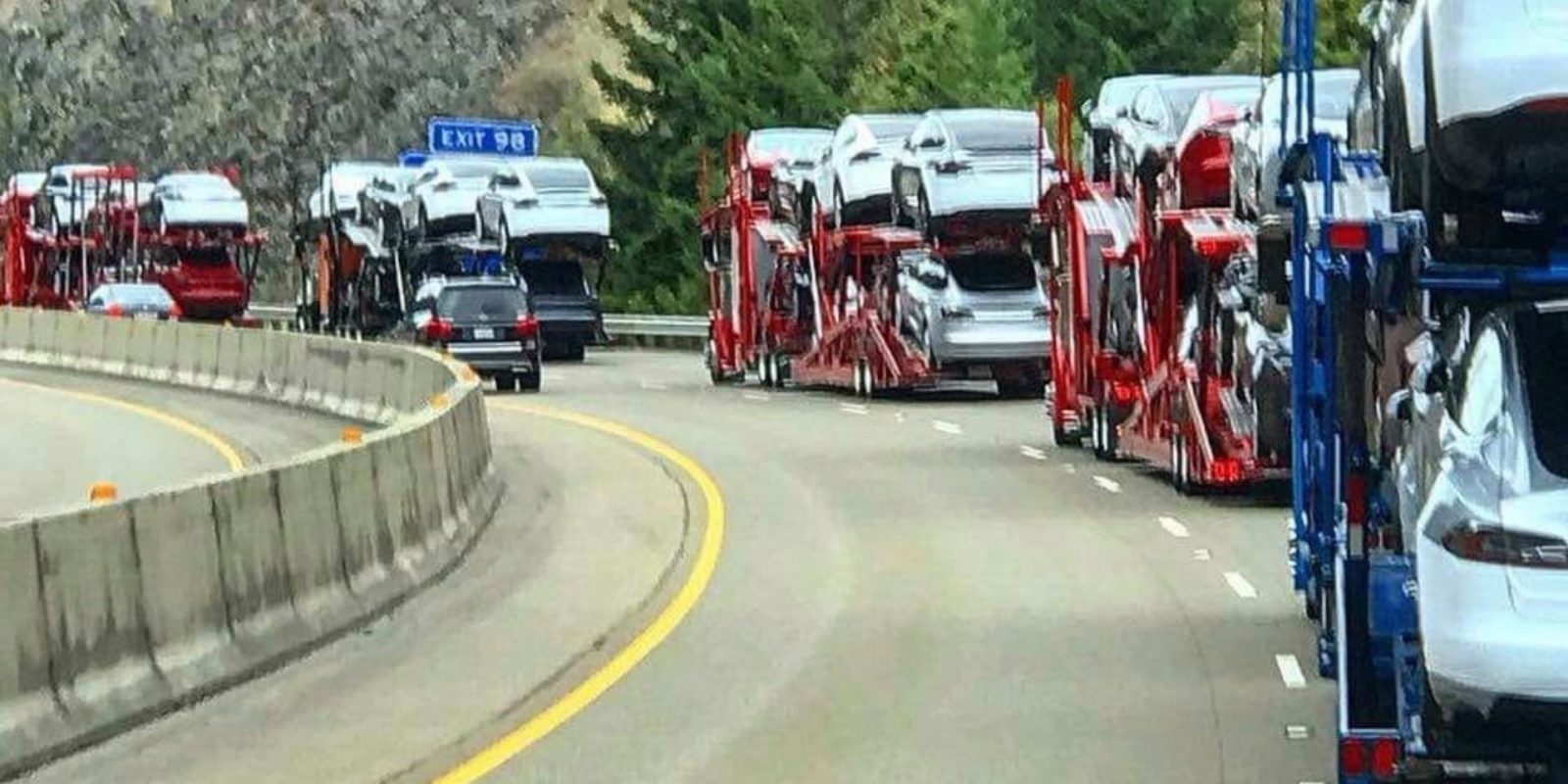 Tesla’s delivery volume is increasing so much this week as the company attempts to finish the quarter strong. The company is now facing an issue where they are running out of car carriers.

As it is often the case with Tesla, they decided to come up with a solution in-house: they are building their own car carriers, according to CEO Elon Musk.

Earlier this month, Musk said that the automaker’s customer service response time and delivery logistics are their new top priorities with the increased delivery volume.

With the recently consistent production of about 4,000 Model 3 vehicles per week, Tesla is seeing an increase in delivery volume by a factor of 3 to 4 in some markets – resulting in logistics becoming a bottleneck.

Shortages of railway cargo carriers, trucks, trailers, and drivers are already common in the industry, but Tesla’s sudden volume increase highlights the issue even more.

Now Musk says that Tesla is building its own car carriers – like pictured above (Jason Lewis) – to respond to what he describes as an “extreme shortage”:

Apologies, we’re upgrading our logistics system, but running into an extreme shortage of car carrier trailers. Started building our own car carriers this weekend to alleviate load.

As we reported this weekend, Tesla also launched a ‘door-to-door service’ called ‘Tesla Direct’ to help with Model 3 delivery during rush week.

Tesla is bringing those truckloads to delivery centers, but it is also delivering them directly to customers at their homes or offices.

It’s not the only extreme solution that Tesla is coming up with in order to achieve a new record delivery volume.

The automaker expects to deliver so many cars during the week that Elon Musk even invited Tesla owners to come help ‘educate’ new buyers in order to help delivery employees.

This is all happening as Tesla is making a massive push to achieve a record quarter and become profitable.

Earlier this month, Musk said that Tesla is on track for “the most amazing quarter in their history” and that they are “building and delivering more than twice as many cars as they did last quarter.” Tesla said that it built 53,339 vehicles, including 28,578 Model 3’s last quarter.