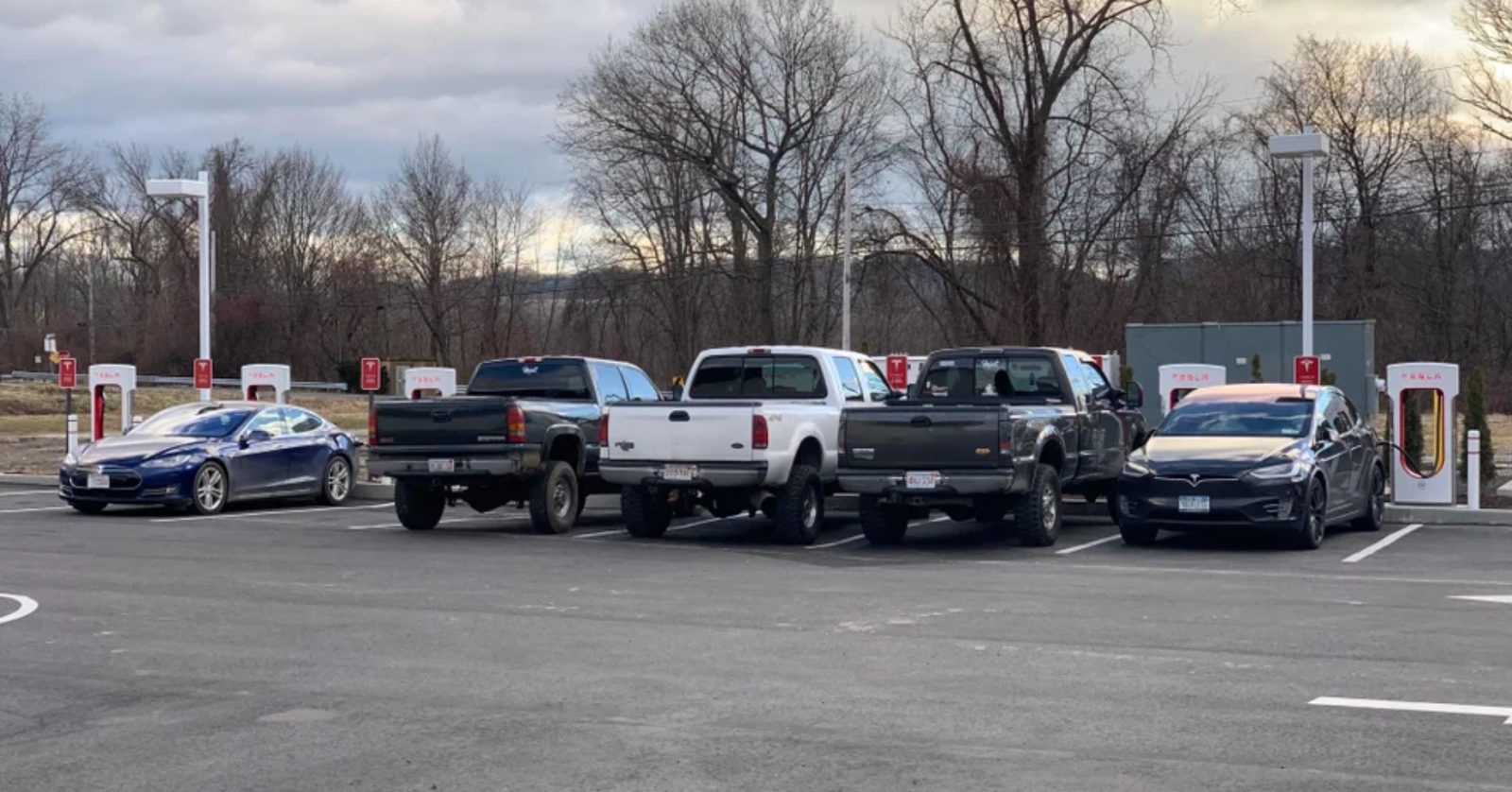 In what is quickly becoming a problem for some Tesla drivers, pickup truck drivers have again taken over a Supercharger station and yelled profanities in what appears to be an act of protest against Tesla.

Earlier this month, we reported on a strange situation at Tesla’s Hickory Supercharger in North Carolina where 3 large pickup trucks blocked access to the station and reportedly chanted “F*** Tesla”.

As we reported at the time, it’s not exactly uncommon for vehicles to block access to charging stations.

It is referred to in EV community as ‘Icing’ a charging station – when ICE (internal combustion engine) vehicles are occupying a space for an EV.

Most often than not, it’s a mistake from the driver or someone who simply doesn’t care, but the situation appeared to be different in Hickory with the pickup drivers acting aggressively and in protest of Tesla.

Now it looks like it’s becoming a trend since another Reddit user spotted pickup truck drivers taking over another Tesla Supercharger (picture via u/BarcodeOfficial): 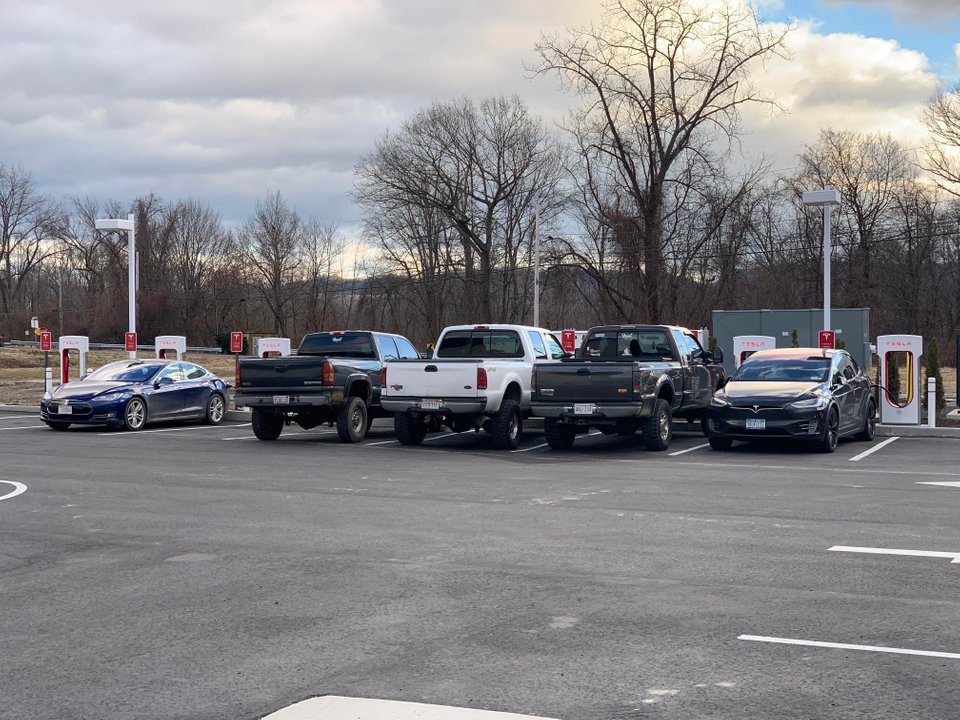 They reportedly were also yelling profanities to Tesla owners coming to charge at the Supercharger station.

Is this really becoming a problem? Icing is not new, but this is now looking like a targeted effort against Tesla.

Again, I cannot even begin to understand the logic for doing that. I would love to hear one of them trying to explain why they think it’s OK to do that.

How would they feel if some EV drivers would park in front of their gas pumps and block them?

It makes no sense whatsoever.

Now what to do about it?

It’s important to be aware of the laws in your state. In several states now, it’s a violation to park in a spot marked for vehicles using a different fuel. They could be fined and towed.

I would first check with the property owner, but if people are acting aggressively, especially like they were in the first example in Hickory, I would simply call the police.

Otherwise, I think we should just shame their behavior, which is not acceptable and anyone with half a mind can see that.