Tesla activated the special ‘Storm Watch’ mode of its Powerwall 2 home battery pack to keep the lights on at its customer’s homes with the upcoming cyclone in Australia.

Earlier this year, it included adding a new ‘Storm Watch’ to detect storms and prepare by storing energy in case of power outages.

The Tesla app notifies customers that Powerwall has activated Storm Watch. The mode remains active until the weather event ends, at which time the system returns to its previously selected mode. It is possible to disable this mode by going to the Tesla app, selecting ‘Customize’ and then ‘Storm Watch.'”

Homeowners with the Tesla Powerwall in Queensland, Australia have reported last weekend that Tesla activated the feature ahead of a cyclone coming: 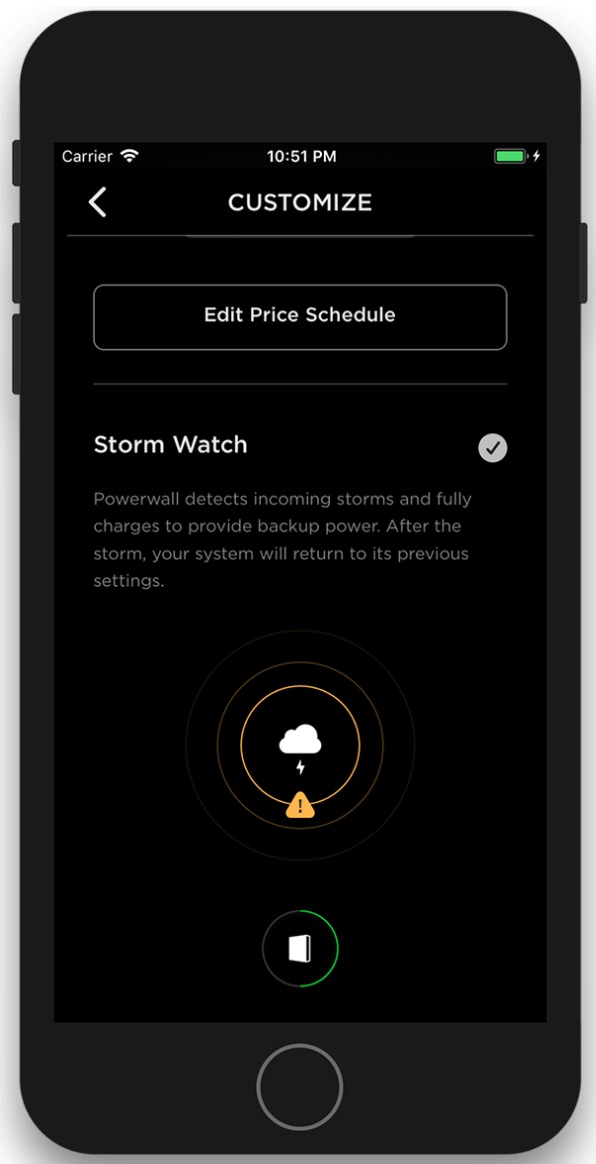 Cyclone Owen dumped over half a meter of rain on Queensland’s north tropical coast and it put a lot of pressure on the region’s power infrastructure.

While the impact was disastrous in a few regions, the cyclone was downgraded to a tropical storm and wasn’t as damaging as expected.

Tesla decides when to activate Storm Watch and push it to Powerwall owners, but they can opt out of the program if they are not worried about the weather and they want their home battery pack to keep cycling like it normally does.

We have previously seen Powerwall owners take advantage of their backup power in recent brownouts in Puerto Rico, which resulted in a very special visual.

During Tesla’s earnings earlier this year, the company said that Powerwall production is currently ‘battery cell starved’. Demand is significantly outpacing their production capacity, which they are trying to increase.

The company has been guiding a ramp-up in production at the end of the year and through 2019.