Tesla launched a new ‘Enhanced Anti-theft’ system as an aftermarket product last month and we now take a first look at one of the very first installations on a Model X.

There have been strings of Tesla thefts earlier this year that prompt the automaker to offer several new security features.

We reported on several Tesla vehicle thefts through relay attacks in Europe earlier this year.

Last month, we reported on a video of thieves stealing a Tesla through the keyfob hack and struggling miserably to unplug the car.

The company shared ‘tips’ to help prevent them, which include disabling Passive Entry (Controls > Settings > Doors & Locks > Passive Entry > OFF). For those who want to keep the convenience of passive entry, you can also store your key fob in some very simple signal blocking pouch when you are not using it.

Furthermore, Tesla recently released a new optional ‘PIN to Drive’ feature that requires you to enter a PIN in the vehicle before putting it in ‘drive’.

Now they are not only offering software features to improve security but also an ‘Enhanced Anti-theft’ hardware upgrade.

Model X owner Alvin Shen was among the first to receive the new anti-theft system and he was kind enough to send us a rundown of his installation and new system.

Alvin ordered the $350 package on Tesla’s website last month. He said that he was motivated by reports of “smash and grab” incidents in the region:

“Here in the SF Bay Area, Teslas unfortunately have been quite a magnet for petty “smash and grab” incidents. Teslas in Northern California being as plentiful as they are seem to attract car thieves for some particular reason. So any chance to add extra security to the vehicle seems like a no-brainer.”

Last week, Tesla sent a mobile technician to do the installation:

He said that the installation lasted about an hour and consisted mainly of installing the new sensor in the dome light:

“The actual mobile installation process took about an hour to complete. My understanding is that the Model S interior motion sensors are slightly different, but for the Model X, the dome light is replaced and now shows two small black motion sensors built into the overhead dome light above the middle row seats in the Model X.”

Here’s the updated dome light with the new sensors: 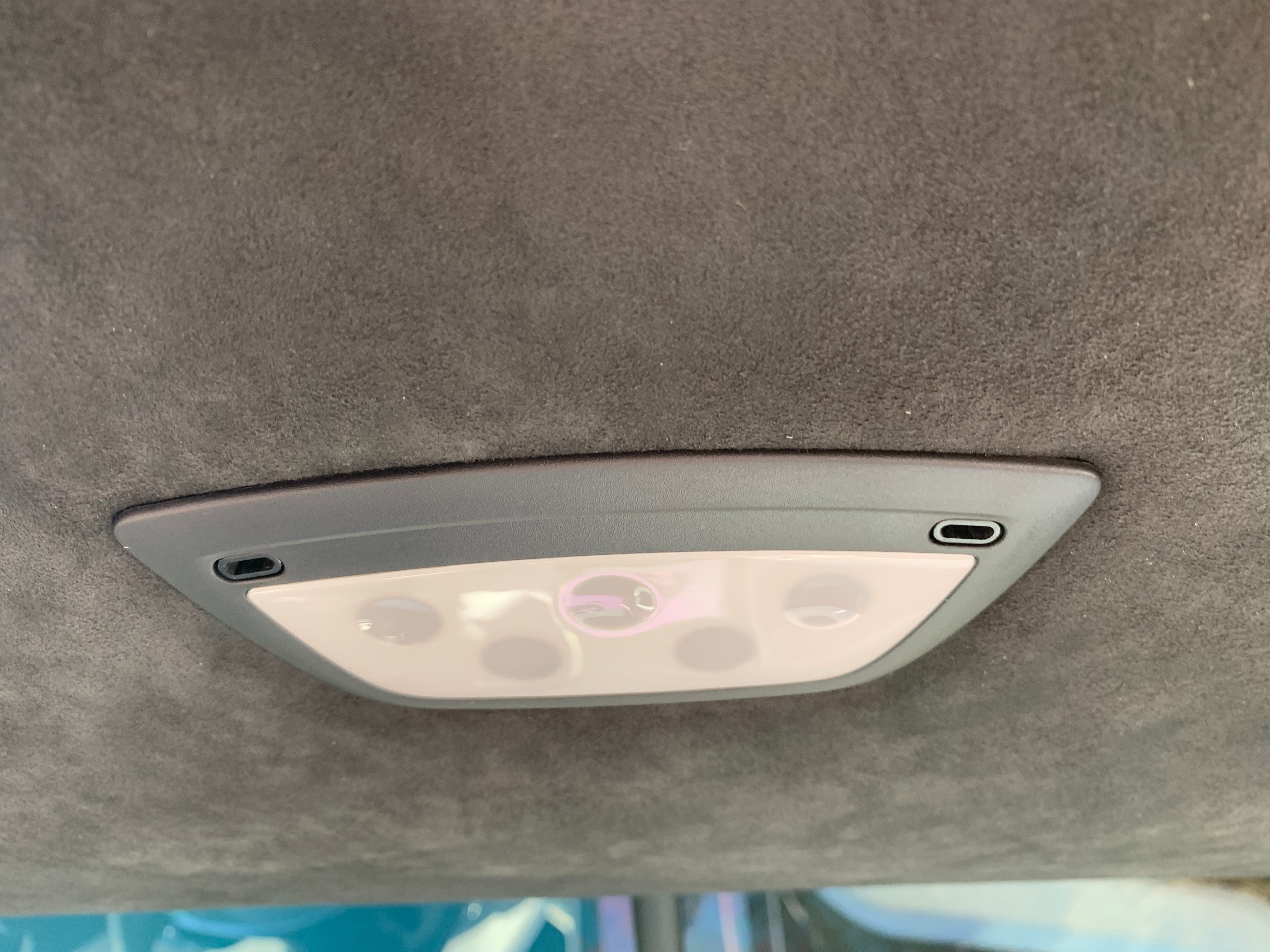 “The interior motion sensors activate approximately about 1 minute after the vehicle is locked and the driver with key fob is out of range. We tested the sensors by leaving a window down and having the key fob at least a minimum of 100 feet away from the vehicle. Sure enough, the technician waited and sent his hand waving inside the driver side window and it triggered an alarm.”

At the moment, it seems like the sensors are always on as soon as the key fob is out of range.

Alvin noted that it can be an issue for those who use “pet mode” to leave their pets in the car with the always-on air conditioning feature.

That said, a future software update could potentially add the option to disable the sensors when leaving your pet in the car.