Today, Tesla launched a new ‘Enhanced Anti-theft’ package that includes a motion sensor that can trigger an alarm as an aftermarket product for Model S and Model X.

The automaker is adding the option, ‘Enhanced Anti-theft’, as yet another potential layer of security to protect its vehicles against theft.

Tesla made it available for Model S and Model X as an aftermarket product today.

“Increase your vehicle’s protection with active sensor technology designed to detect motion inside the cabin as well as sense if the vehicle is moved or tilted. It will warn against potential theft with an audible alarm.”

It is apparently embedded into the headliner of the vehicle: 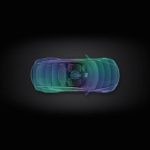 It cost $350 and includes shipping and installation at a Tesla service center.

Enhanced Anti-theft comes after there have been strings of Tesla thefts. We reported on several Tesla vehicle thefts through relay attacks in Europe earlier this year.

Tesla’s vehicles get rarely stolen and we recently learned that stolen Tesla vehicles in the US have almost all been recovered: 112 out of 115.

But some more sophisticated thieves, especially in Europe, are still able to get away with it due to relay attacks on key fobs.

Last month, we reported on a video of thieves stealing a Tesla through the keyfob hack and struggling miserably to unplug the car.

The company shared ‘tips’ to help prevent them, which include disabling Passive Entry (Controls > Settings > Doors & Locks > Passive Entry > OFF).

But if you want to keep the convenience of passive entry, you can also store your key fob in some very simple signal blocking pouch when you are not using it.

Furthermore, Tesla recently released a new optional ‘PIN to Drive’ feature that requires you to enter a PIN in the vehicle before putting it in ‘drive’.

Now Enhanced Anti-theft appears to be another way to protect your electric vehicle against theft.