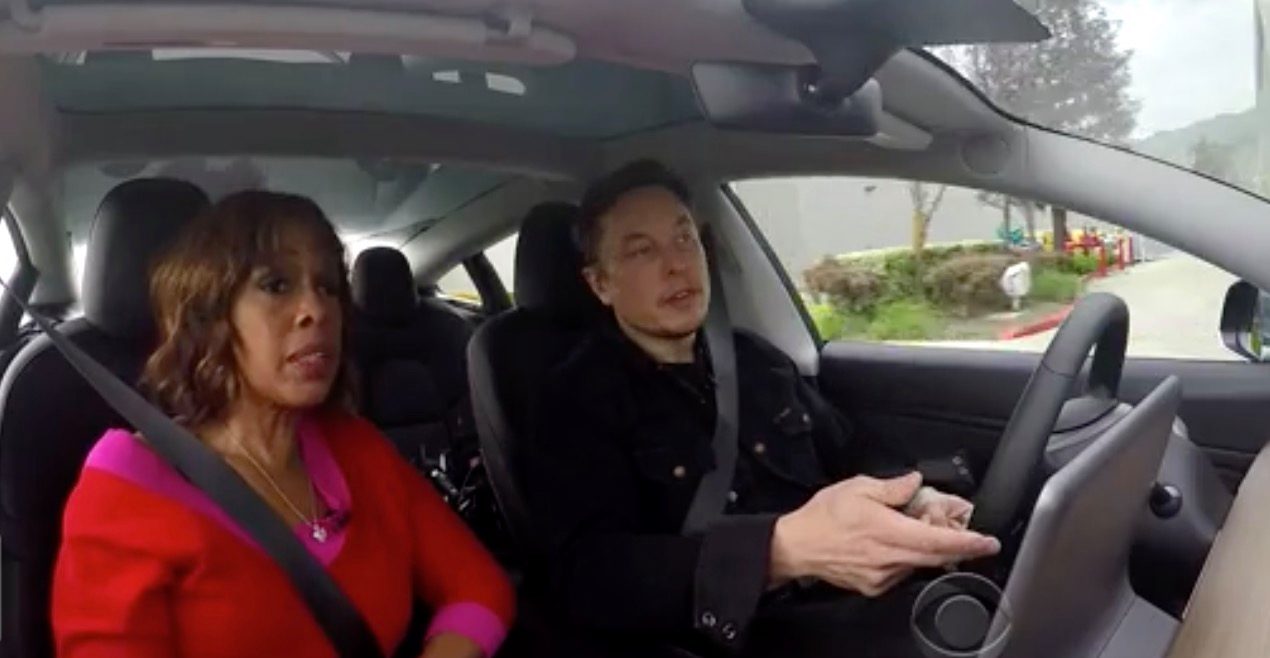 Tesla CEO Elon Musk is testing an exclusive cutting-edge version of Autopilot in his own Tesla Model S, according to a new report.

With the latest update to Tesla’s neural net, the automaker is able to push several new features to its Autopilot driver assist system.

Tesla is now working to release long-promised features under its Enhanced Autopilot package and as we reported earlier this year, the company recruited hundreds of employees to test new versions of its software.

According to a new report from The Information, Musk is also part of that program and he is personally testing an even more cutting-edge version of the software:

“Elon Musk meets every week with senior managers overseeing the engineers behind Tesla’s Autopilot, the company’s semi-automated highway driving feature. Often he calls into the meeting while driving his Model S Tesla, using Autopilot, said one participant. And it’s not just to save time. Mr. Musk is testing updates to the software as he drives—his car is equipped with special settings for Autopilot—and he uses the meeting to call out bugs as they happen or that he encountered over the previous week.”

The report, which is based on anonymous sources that used to work on the Autopilot, states that the software Musk runs on his own car “allows him to tweak the “sensitivity” settings for pre-released “development build” versions of Autopilot to make it more aggressive than what the company offers to customers.”

While the version of the software Musk is testing is unique, according to the report, other employees are also testing special Autopilot software.

In an email to employees obtained by Electrek, Musk said that Tesla needs “100-200 employees to test Tesla’s self-driving technology.”

The CEO says that they are offering free Enhanced Autopilot and Full Self-Driving Capability package upgrades (worth between $5,000 and $10,000) and premium interior packages to employees buying new cars.

In exchange, employees need to commit to sharing hundreds of hours of driving feedback.

All these steps appear to be new layers of testing before releasing software updates to customers.

Musk and other Tesla Autopilot employees test early and modified versions of the software. A more refined version then goes to a wider population of Tesla employees.

It looks like Tesla will wait only after that round of testing before sending an update to actual customers in the “early access” program.

Finally, Tesla would then send the Autopilot update to the wider customer fleet.

While it is often annoying to owners that it takes so much time for updates to propagate through the fleet, it makes sense for safety-sensitive updates, like Autopilot, to go through many layers before making it to the wider fleet.

I am not a fan of the idea of a new tier through the referral program, but it has the advantage of going to “expert users” first, which can certainly help iron out issues.