Mercedes-Benz makes good on its previously announced $1 billion investment to bring electric vehicle manufacturing in the US – starting with breaking ground on a new battery factory in Alabama.

Last week, the German automaker held a ceremony to launch the construction of the factory, which is located seven miles from the Mercedes-Benz Cars vehicle production site in Tuscaloosa, Alabama.

Markus Schäfer, Member of the Divisional Board of Mercedes-Benz Cars, Production and Supply Chain, attended the ceremony:

“The widely export oriented Mercedes-Benz plant in Tuscaloosa is a high-tech production facility with a successful history and an exciting future in terms of our brand in the United States. We aim to play a pioneering role in the development of e-mobility and are well prepared to accomplish this mission. One year ago, we have announced $1 billion investment in Tuscaloosa mostly for the production of electric SUVs and a battery plant. We are bringing electric mobility for Mercedes-Benz to the United States. Around the globe, we are preparing six sites for production of EQ models and our battery network will consist of eight factories.”

The first of those EQ model is going to be the Mercedes-Benz EQC electric SUV, which is expected to go into production in Europe early next year. 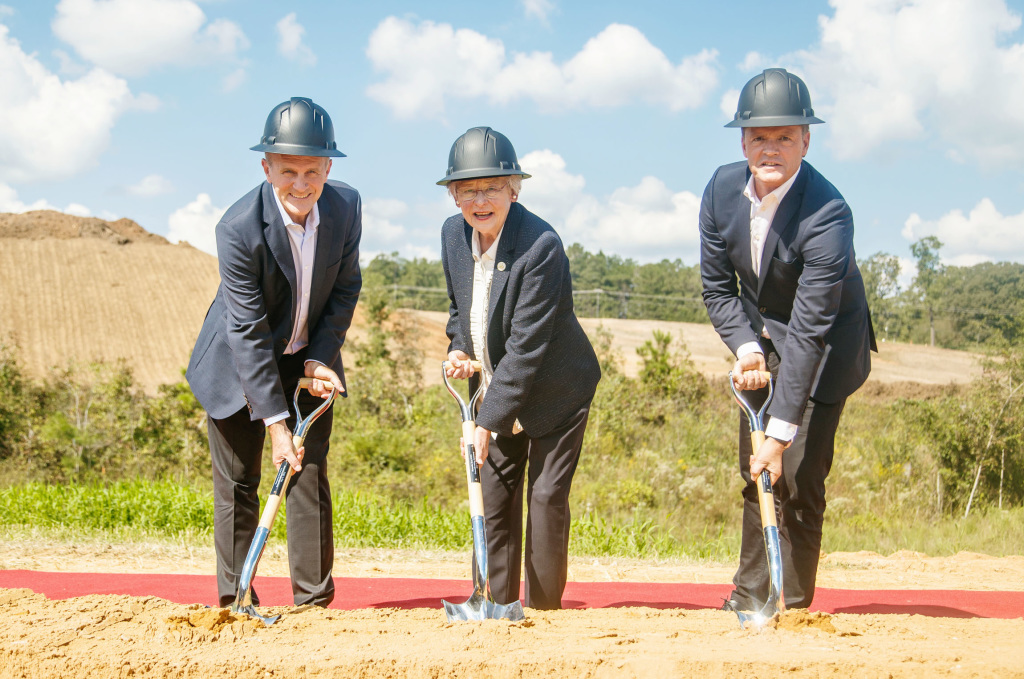 It’s not exactly clear when the vehicle is going to arrive in the US, but it is expected to be shortly after that.

Though US production is not expected until “the beginning of the next decade” for both the vehicle and the new batteries.

Daimler made it sound like the new one million square-foot battery manufacturing facility in Tuscaloosa is going to be for battery modules and packs – not for battery cells, which will need to be imported.

There’s no word on the overall planned output of the factory, but the automaker is talking about not only manufacturing battery packs for EQC electric SUVs to be produced at the Tuscaloosa factory. It will also export packs to support other electric car production around the world.