After two weeks of teasing, Mercedes-Benz has unveiled its EQC electric SUV today in Stockholm.

The vehicle is the first electric vehicle to be built from the ground up and the first part of its new EQ electric brand.

Zetsche said that Daimler, and Mercedes-Benz in particular in this case, are all-in with the launch of the EQC.

We’ve had a pretty good look at the electric SUV through Mercedes’ multiple teasers, but we’re getting a full look at the vehicle.

They have definitely toned down the concept of the concept vehicle and delivered a more traditional Mercedes-Benz SUV look, which should make most people glad.

The form factor is much less aggressive and more reminiscent of the brand’s existing full-size SUVs.

Unless pointed out, you would not know at first glance that it is a new EQ electric model. The front-end features a very large fake grille with an oversized Mercedes-Benz logo.

Here are a few images of the EQC electric SUV released after the launch event in Stockholm today:

“The EQC is equipped with the latest generation of lithium ion (Li-Ion) battery serving as the source of energy for both electric motors.” The battery consists of 384 cells and is located in the vehicle floor, between the two axles The high-voltage battery has a maximum voltage of 408V and a nominal capacity of 210Ah, for an energy content of 80kWh (according to NEDC). “

Here’s an image of the different components in the EQC’s battery pack: 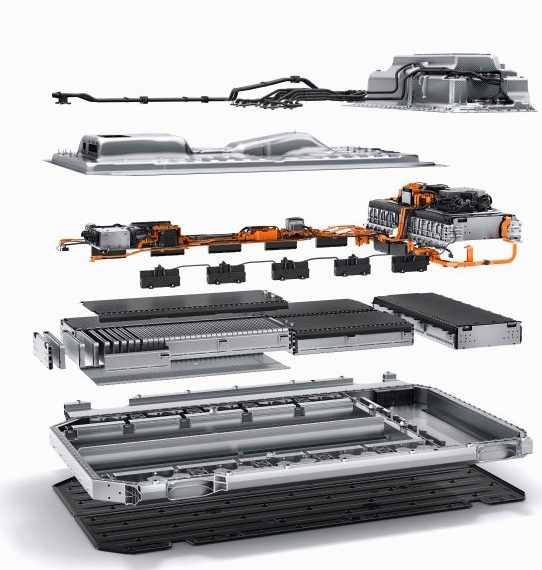 Mercedes-Benz is talking about a 450km (280 miles) journey, but the company is still using the NEDC standard and therefore we expect it to be 30 to 50 miles lower.

According to the spec sheet, the EQC is equipped with a water-cooled onboard charger with a capacity of 7.4 kW and has a maximum capacity of up to 110 kW at an appropriate charging station. “

Here’s an image of the whole EQC electric powertrain:

The company is planning several different driving modes to be available in the EQC. Some modes take advantage of the vehicle’s performance and others aim at a more comfortable or efficient ride:

They listed the following driving modes:

On top of the driving mode, Mercedes also offers an extensive range of regenerative braking option, including “one-pedal driving” on high regen.

Here are the regen modes:

The onboard infotainment and navigation system has also been redesigned for the EQ models to take into account the electric aspect.

The navigation will plan routes based on charging stations and state-of-charge of the battery pack. 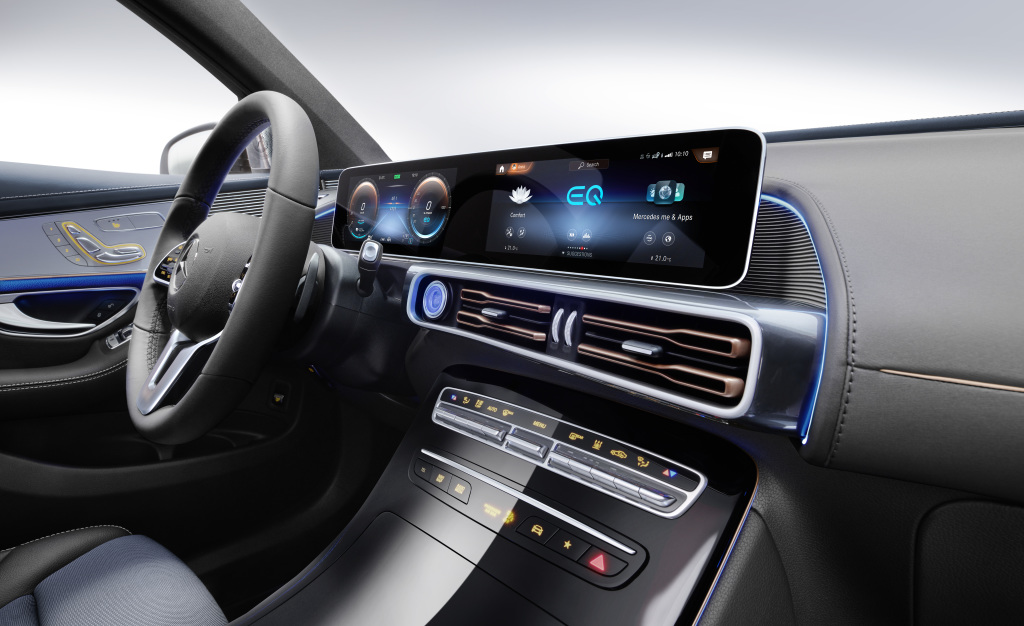 Daimler has partnered with several other automakers to deploy the Ionity charging network in Europe.

A few stations are already deployed and they are currently ramping up. They expect that the network is already going to be significant by the time the vehicle is available next year. 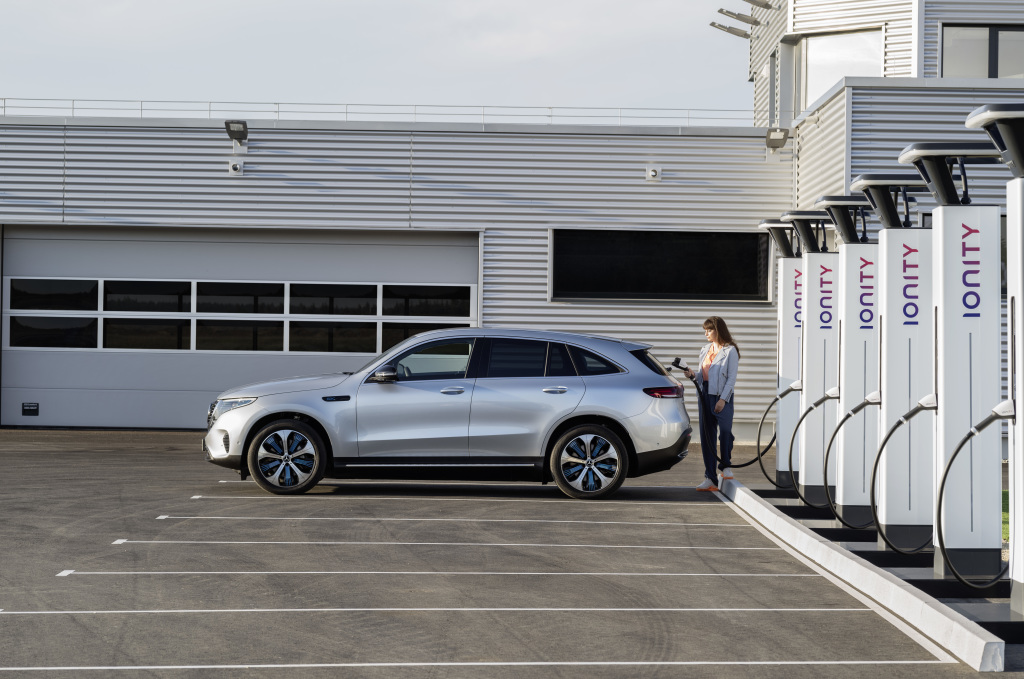 Mercedes-Benz says the electric EQ models will be integrated into the existing production lines with the gas-powered cars.

They say they have 6 plants that can already support electric models and the EQC wants first start production in Bremen, Germany, where the German automaker produces its C-Class and GLC vehicles.

There’s no word on when production will start in Bremen exactly other than “in 2019”. The German automaker also confirmed that production in China should follow in 2019.

I am a big fan of the design here – certainly, a huge improvement from the concept unveiled a few years ago.

The design is slick yet conventional. It is something that is approachable and could convince some Mercedes SUV fans to go electric.

As for the specs, I am not really impressed for an electric vehicle that will reach the market only in 2019.

To be fair, it all depends on the pricing. If it starts at something like $50,000-$60,000, it would make a lot of sense, but I somehow think that they will price it in the same range as the Tesla Model X and Audi e-tron quattro, which start (or is expected to start in the case of the quattro) at around $80,000.

If that’s the case, the EQC will not have much more to offer than those other electric SUVs even though it is coming a year later.

I would have thought that Daimler would have justified being behind Audi and Tesla in terms of production by launching the vehicle with an updated powertrain with better specs, but a charging capacity of 110 kW and a 80 kWh battery pack isn’t likely to impress in 2019.

It’s also frustrating that Mercedes-Benz is still using the NEDC standard in this annoucement. Due to the form factor, I’d be surprised if it actaully get a range of 230-240 miles. Maybe it will even be closer to 200 miles.