This new urban e-moto breaks from the pack with its impressive speed and range ratings.

NUUK is a new e-mobility company based in Etxebarri, Spain. They have recently partnered with Reiju, a Spanish motorcycle and moped manufacturer, to bring a new line of light electric vehicles to life.

“NUUK was created with the purpose of designing and developing a new generation of high-quality electric vehicles for everyone, including a range of mopeds and electric motorcycles with which to move nimbly around the city (Urban line), or explore new paths (Tracker line), as well as designed to meet the needs of both individuals and professionals (Cargo line).” 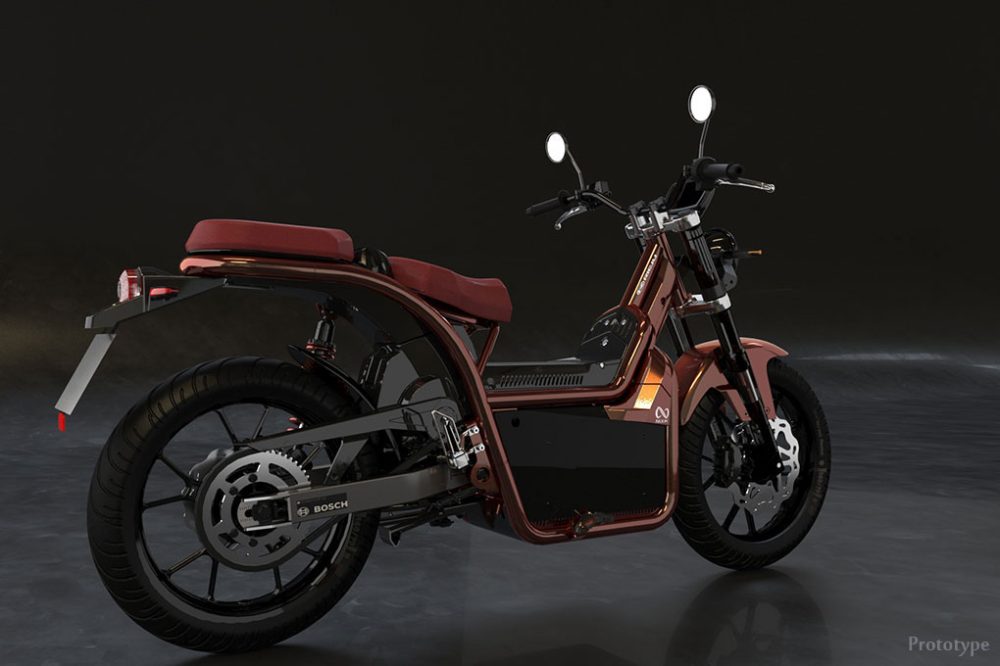 All three designs share a number of components and features, including four-piston front hydraulic brakes and floating caliper rear brakes, regenerative braking, 90 mm of suspension travel in both front and rear, and 17 inch wheels for rolling smoothly over obstacles and pot holes.

Within each of the three design classes are two different models sporting different power levels.

Both models are air cooled, and rated for between 200 to 245 Nm of torque at the rear wheel.

“The reliability offered by BOSCH technology and the enormous experience in manufacturing and distribution of RIEJU, make NUUK’s designs a safe bet in the electric mobility market, with the certainty of having created the best vehicle in the spectrum.” 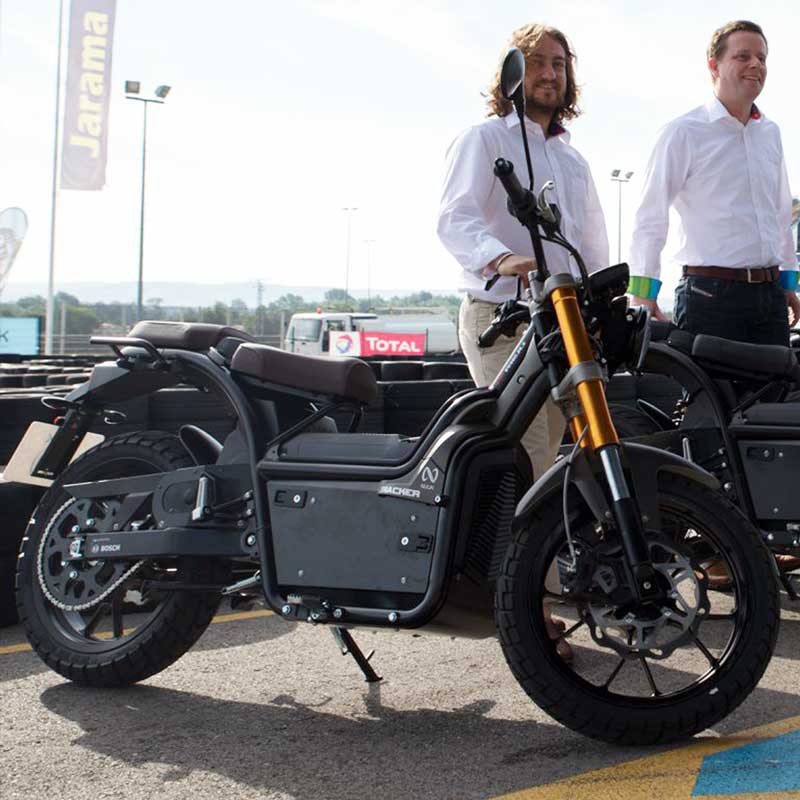 The moped model is restricted to just 45 km/h (28 mph), which limits it to city use. Meanwhile, the motorbike model can reach a top speed of 105 km/h (65 mph), presumably opening the door to highway travel.

Both NUUK electric motorcycle models have a drop down side panel that reveals the batteries housed in the center of the bike. A single NUUK battery is 48V and 50Ah, with a capacity of 2.4 kWh. That’s more capacity than can be found in most urban electric scooters and motorcycles.

The battery can be charged in 5 hours in Standard Mode, or in just 1.8 hours in Quick Mode. The bikes also include an on-board charger, meaning you only need an extension cord to charge from the wall.

However, for extreme ranges, NUUK electric motorcycles can fit up to four batteries at a time, increasing the range to between 240-300 km (149-186 mi), depending on the model. 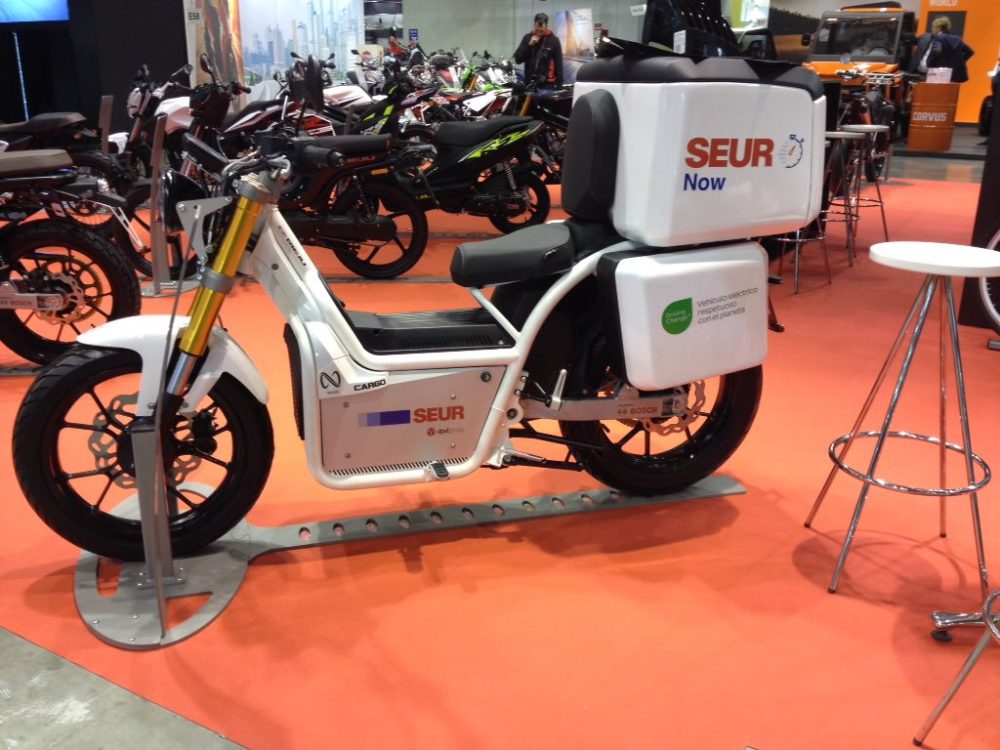 According to EVnerds, NUUK has already entered early stage production of their electric motorcycles.

However, no pricing information has been released yet.

We sure are seeing a lot of new electric motorcycles lately.

I think that’s great, since it is not only going to provide more options for consumers, but the competition is going to prevent any of these companies from getting lazy.

The NUUK electric motorcycle line looks promising, and I especially love the battery modularity with the choice of between one to four battery packs. The main advantages are being able to choose how much battery weight you want to lug around (perfect for shorter trips when a 300 km range isn’t necessary) as well as being able to offer a lower introductory price. A rider can start with a single battery and upgrade as their budget allows over time.

Speaking of the price, I am a bit worried to hear how much these bikes are going to cost. There aren’t very many options with such battery modularity on the market, and so I don’t expect these bikes to come cheap. And that could be a tough sell, especially considering the existing options for electric scooters and motorcycle below $2000 in the US and €2000 in Europe.

What do you think of the NUUK electric motorcycles? Let us know in the comments below.