Nimble scooters are quintessentially European, with many taking design inspirations from the classic 1960’s Vespa scooters that formed the impetus for the trend. And now a new Dutch startup is throwing their hat in the ring with an impressive offering complete with all the charm of a stereotypically cute Italian scooter.

Bolt’s Mobility’s (no, not that Bolt) new electric scooter, known as the AppScooter, is the first vehicle offered by the startup. The AppScooter touts an impressive list of new features not seen on other electric scooters and a design that is equal parts modern and nostalgic.

With Vespa still planning to release their own electric scooter later this year (if they remain on schedule), Bolt is positioning itself as a direct competitor. In addition to just the classic Vespa styling and similar monocoque body, Bolt has some fancy features to try to win over savvy scooter shoppers.

Bolt has focused on making their scooter a fully connected device, designing it to integrate with an iPhone or Android smartphone via its 7″ touchscreen display, offering everything from turn-by-turn GPS navigation, music selection and the ability to answer calls directly from the scooter itself.

Of course you wouldn’t want to be taking your hands off the handlebars to perform any of these functions, so the AppScooter includes built in controls directly on the handlebars to interface with the digital display and your phone.

When driving we prevent intrusive notifications and only enable driver safe controls. We help you focus on what’s important through our integrated smart camera detection systems and various connected sensors. When standing still and it’s safe, you can use the 7″ touchscreen’s full functionality.

The touchscreen allows the use of Android apps when safe, and the AppScooter also includes two built-in cameras designed for capturing video of your journey and quickly sharing on social media, but could ostensibly be used for dash cam purposes as well.

Bolt also touts the AppScooter’s large storage area of 65L (2.3 cubic feet), which they say is 4x the storage of a Vespa and large enough to hold a case of 24 beers. 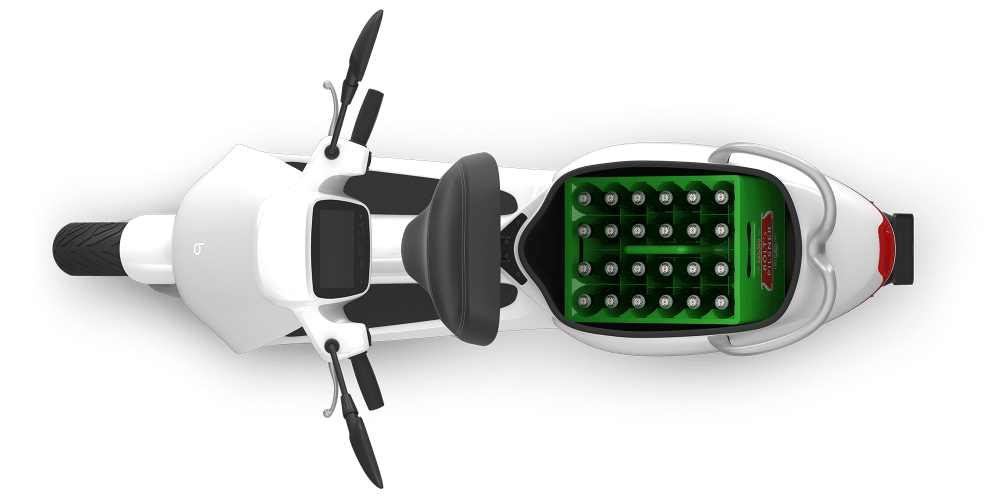 In addition to the fancy features, the AppScooter is well outfitted in the mechanical and electrical departments as well.

Unlike many other electric scooters, the AppScooter skips the hub motor and employs a mid-mounted motor with belt drive. Motor options on the scooter range from 2 kW all the way up to 7 kW, depending on how exciting you want your commute to be. 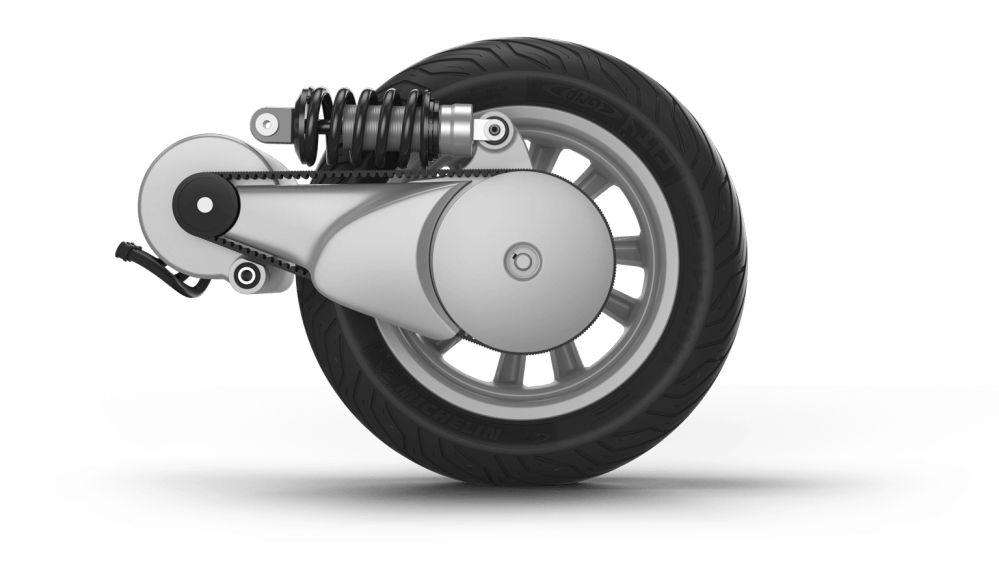 That power translates into impressive acceleration, reaching 45 km/h (28 mph) in just 3.3 seconds. Due to legal speed restrictions for moped class vehicles, the AppScooter isn’t designed to go much faster than 45 km/h, but at least it gets to that speed quickly. And because it’s a lower speed vehicle, it won’t require a motorcycle license in most places.

One innovation not found in other scooters is the ability to include up to six modular battery packs, each providing around 67 km (42 mi) of range. Each battery module consists of 70 Panasonic NCR18650B cells, very similar to the original Panasonic battery cells used by Tesla, and also uses a double fuse design also popularized by the California EV maker.

With all six batteries installed, the purported range is 400 km at a speed of 25 km/hr. That’s as much range as a Tesla Model 3, though the Tesla can go a bit faster than the AppScooter.

Bolt is preparing to open pre-orders for the AppScooter in July, with production slated for later this year in Holland. Pre-orders are being accepted internationally, so you don’t have to be Dutch to get in early.

As with any vehicle pre-order, be prepared for bumps in the road. The AppScooter looks like an awesome vehicle, but since production hasn’t begun yet, it’s hard to say if they’ll be able to stick to their planned schedule of production starting later this year.

But with European production allowing for higher quality manufacturing with constant oversight, I am very optimistic about the AppScooter’s potential.

The modular battery pack design is also very promising. It always seemed silly to me that EVs drive around with way more stored energy than they need most of the time, especially considering how important weight reduction is to efficiency in an EV. By being able to toss in enough battery modules for each trip based on trip length, the AppScooter could be even more efficient than other electric scooters, not to mention allowing you to add more range as your budget allows.