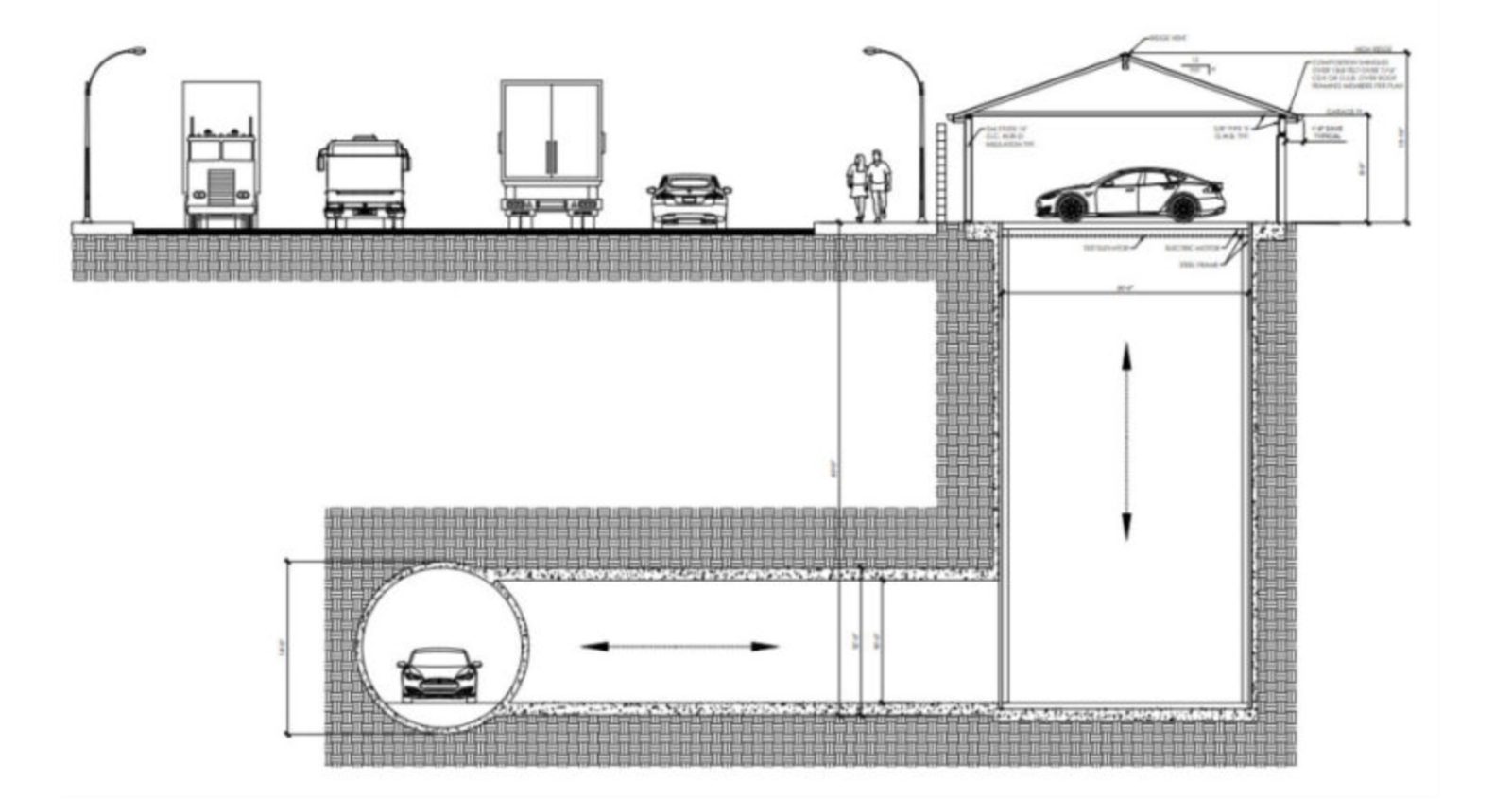 Elon Musk has confirmed plans for the Boring Company’s tunnel network to be able to connect all the way to residential garages so that commuters can enter the high-speed loop directly from their homes.

The project was first revealed by The Mercury News as The Boring Company sought and was granted approval from the Hawthorne City Council to build a shaft on a newly acquired property over their test tunnel.

Their plan is to test a way to lower vehicles into the tunnel.

CEO Elon Musk said that the system could be installed inside a residential garage as pictured above.

The Boring Company will transport your car all the way into your garage.

The startup already has an elevator system to lower cars to tunnel level at the entrance of the test tunnel in Hawthorne, but they haven’t deployed a system to put the vehicle on the previously announced electric skate system and have a way to connect it to the tunnel.

It sounds like that’s what they will test at the new location at the other end of the tunnel.

According to the Mercury News, they plan to move cars from that entrance to the new one at the end of the mile-long tunnel:

“The company agreed not to open the test elevator to the public or to have cars move in and out of the garage from the street. Cars would enter the tunnel from the SpaceX campus, move through the tunnel and on to the garage and then back to SpaceX, so the test process would not create additional traffic on the street.”

Along with this new project, the Hawthorne City Council gave its approval to the Boring Company using another piece of property to extract its boring machine from the test tunnel.

In most tunnel boring projects, significant parts of the boring machine are left underground as it is believed to be more expensive to extract them than simply leaving them behind.

As we reported last week, the startup is currently working with 3 different boring machines.

One is currently buried underneath 120th street in Hawthorne near SpaceX’s headquarters sporadically digging a tunnel that is now about 1-mile long.

The Boring Company is learning from their work with this machine in order to develop a faster and more powerful one that would enable them to reduce the cost of boring tunnels.

Parts of that second machine is sitting next to the Hawthorne tunnel entrance and they recently released a video of them controlling the giant tunnel digging machine with a Xbox controller.

The company is trying to develop its technology for several projects underway, including the recently announced new tunnel and ‘loop’ to get to Dodger Stadium in 4 minutes, the ‘Loop’ transit system in Chicago and the Baltimore-DC tunnel.