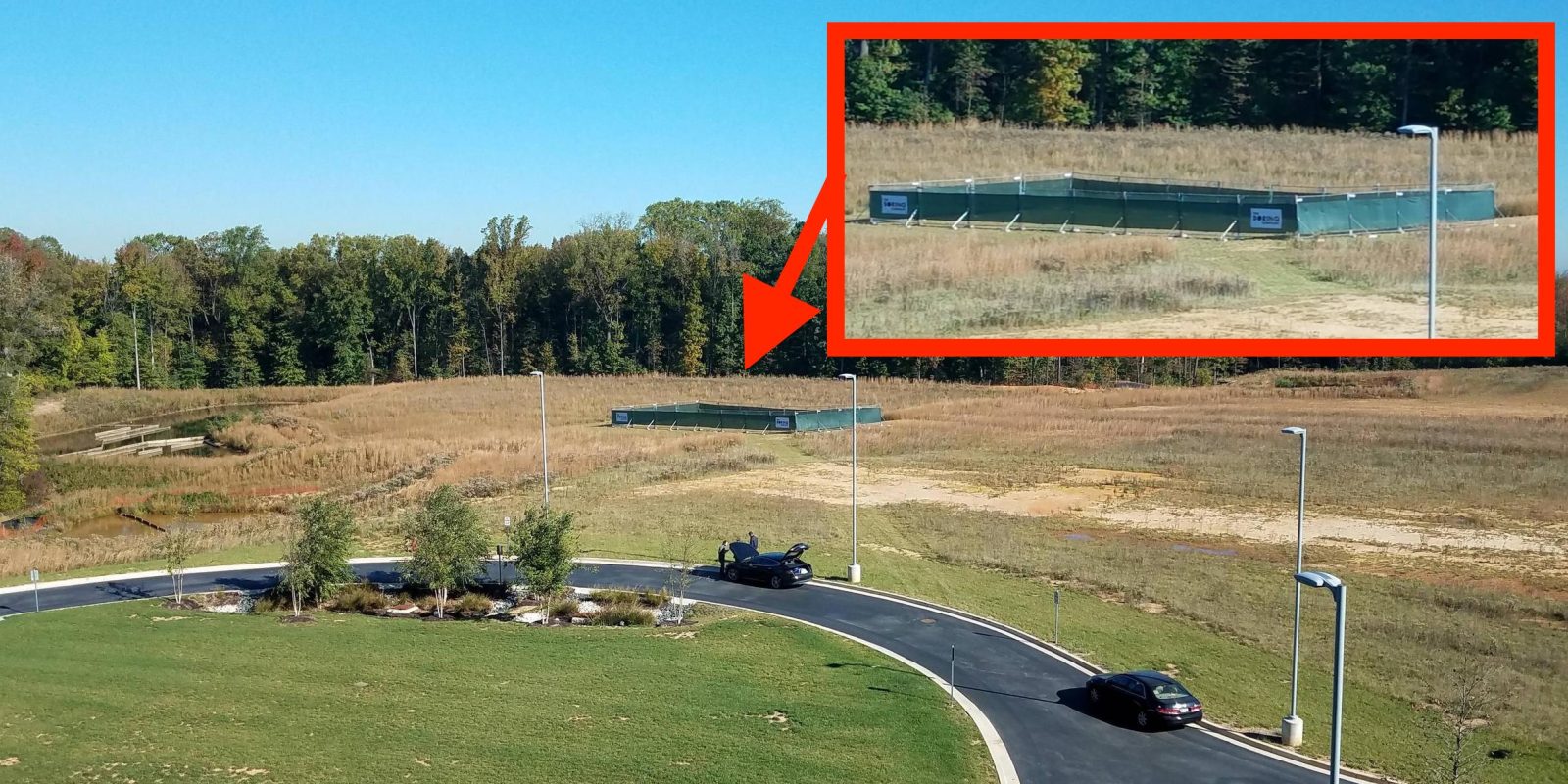 Earlier this morning, we reported about Elon Musk announcing that his Boring Company is getting a second multi-million dollar boring machine.

Now we might have an idea where that new machine is going after what appears to be a new digging site spotted in Maryland today.

Earlier this year, Musk announced a project to create an underground hyperloop system between New York and Washington DC.

The idea is to leverage both the tunnel boring technology that the Boring Company is working on and Musk’s original idea for a new mode of transportation called hyperloop, which consists of pods with electric propulsion in a near-vacuum tunnel or tube in order to achieve extremely high speeds.

Now a site just south of Baltimore in Maryland with a visible ‘The Boring Company’ logo was spotted this week by a Redditor DJB_2015 (update:it has since been deleted but reprinted with permission):

It looks like a staging area for the entrance of a digging site – similar to what we have seen from The Boring Company at their tunnel entrance in SpaceX’s parking lot.

Larry Hogan, Governor of the State of Maryland, confirmed that they are working with the company for a “rapid electric transportation” system between Baltimore and Washington DC:

Our administration is proud to support The Boring Company to bring rapid electric transportation to MD – connecting Baltimore City to D.C. 🚄 pic.twitter.com/5DoLSLDesP

It sounds like it could be the first leg of the New York city-DC underground hyperloop route announced by Musk earlier this year.

Musk seems to have two different concepts behind The Boring Company. Firstly, he wants to create networks of tunnels underneath urban centers with electric platform systems in order to alleviate traffic.

He first presented the idea in details during a TED talk earlier this year:

And he also sees an opportunity to use the same tunneling technology for covering longer distances with hyperloop systems inside the tunnels instead of just the electric platform system, which are actually quite similar aside for the latter operating in a near-vacuum environment.

Details are still sparse, but a top speed as high as 760 mph (1,200 km/h) has been speculated to be achievable with the system in a near-vacuum.

Earlier this year, Musk claimed to have “received verbal government approval” for the New York-DC project, but that was apparently at the federal level.

Now The Boring Company has to work at the state and local levels in order to make the ambitious project a reality. They apparently already have support in Maryland, as we can see today.