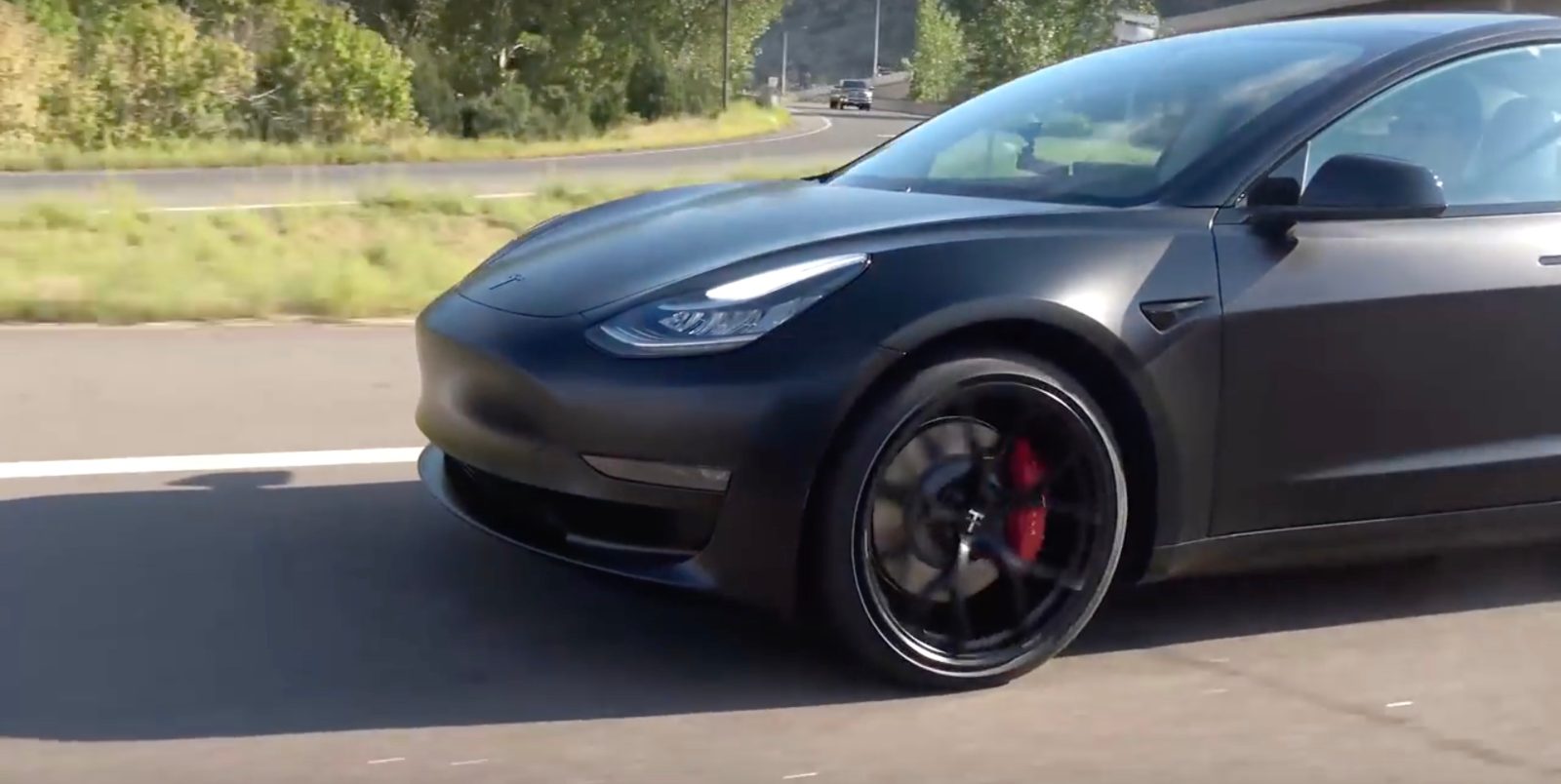 Tesla Model 3 Performance owners are still experimenting with the performance of their new electric vehicles.

An owner has now achieved a new record 0-60 mph acceleration of 3.13 secs with new wheels and tires.

He said that the 0-60 time could improve to under 3.3 seconds with upgraded wheels and tires.

For the Long Range rear-wheel-drive version of the Model 3, Tesla went with low resistance tires to optimize range.

But that wasn’t good enough for the Performance Model 3.

Tesla went with Michelin Pilot Sport 4S tires on 20” performance wheels which is certainly an upgrade. However, Musk concedes that Tesla tried to find a balance between range and performance, probably to keep the range rating close to the 310 listed for the other models.

With stickier tires and wider rims in the back, the vehicle could achieve even better performance.

Youtuber DÆrik tested it by installing new TSporline lightweight rims with a 10″ width in the back versus Tesla’s stock 8.5″ and stickier Pirelli performance tires.

He posted a video about swapping the wheels and tires and he posted a first 0-60 mph with the new setup:

As you can see, it resulted in a better time of 3.13 seconds – albeit only slightly better than with the standard performance wheels and tires.

While it is the new best time that we have seen on a Performance Model 3, you could even say that the difference is within the margin of errors.

That said, it wasn’t charged up to 100% and the time is significantly better than DÆrik’s records from last month, which were already better than what Tesla was advertising.

Now what I’d like to see is a range test with those TSportline tires and wheels to see how it affects efficiency.