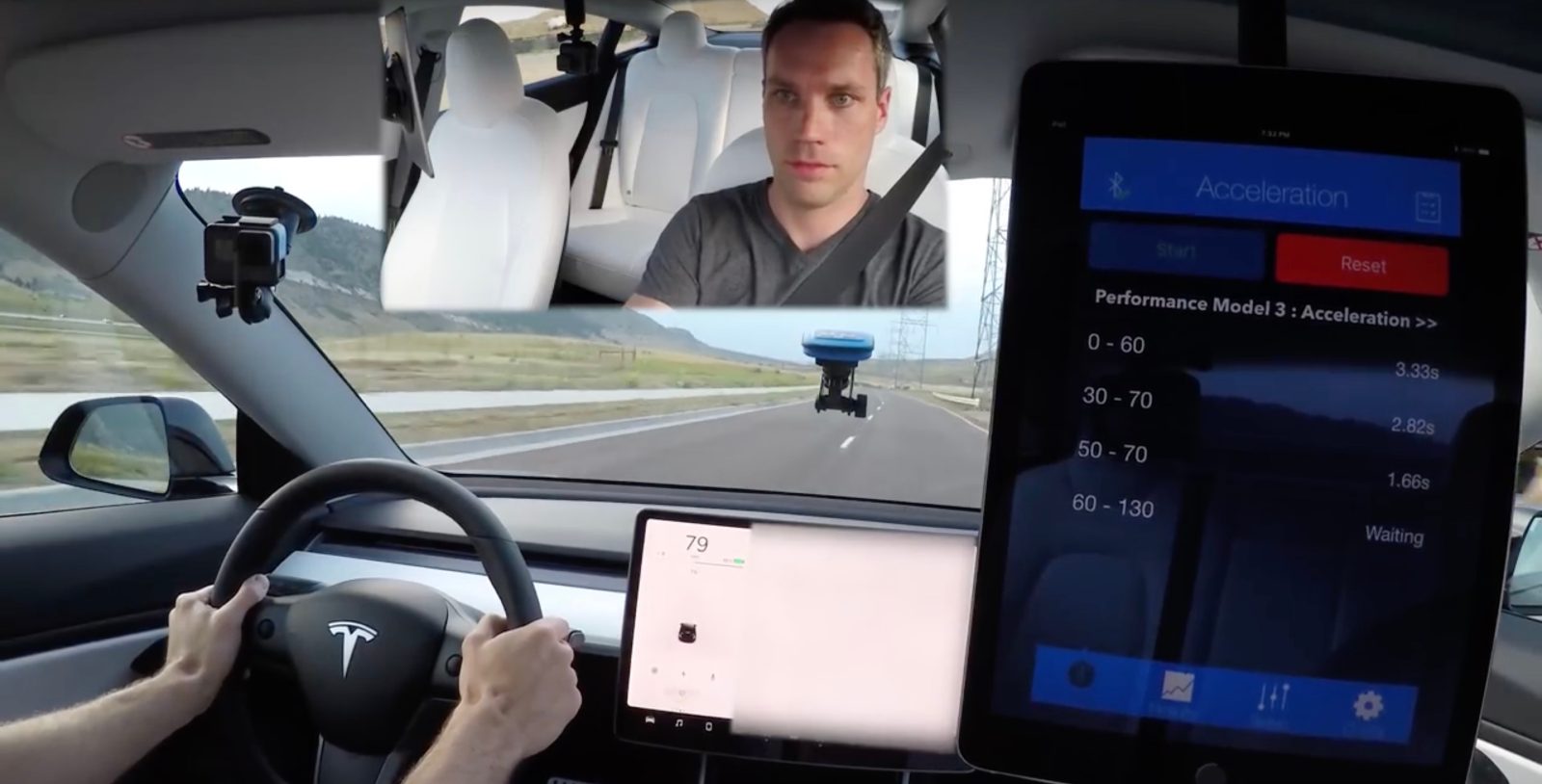 As some suspected when Tesla launched the new version of the electric car, the Model 3 Performance is now getting consistently quicker acceleration times than advertised.

It looks like it can be pushed to accelerate from 0 to 60 mph in 3.3 seconds and travel a quarter-mile in 11.8 seconds without any mods.

We tentatively reported that last week following a few early tests from owners, but it was only using videos and calculating the time with the frame rate.

Now more owners are taking delivery of their Performance Model 3 and putting them to the test with performance tracking devices, like Vbox and Dragy.

With those devices and more data from owners, we are starting to get a better idea of the Model 3 Performance, which is supposed to accelerate from 0 to 60 mph in an impressive 3.5 seconds stock.

Owners now appear to be getting consistent 0-60 mph times at around 3.3 seconds. Model 3 Performance owner Danilo Reyes got a 3.28 seconds and he also tested a quarter-mile run, which came in at 11.85 seconds:

Interestingly, he achieved that on the standard 18″ wheels and not the 20″ Sports wheels that come with the Performance package. The wheels had Michelin Primacy MXM4 tires on and the battery pack was at 83% state-of-charge.

In comparison, the Model 3 with a single rear-wheel-drive motor managed to get a 13-second quarter mile.

Youtuber DÆrik also installed a Vbox on his Model 3 Performance and ended up getting consistent 3.3-second runs on his car:

There’s been some speculation about Tesla potentially being conservative with its advertised numbers, which has been the case with its other vehicles, and CEO Elon Musk teased higher performance for the Model 3 Performance version – specifically talking about a potential for a higher “power output”

The CEO also said that better performance times could be achieved with different tires.

For the Long Range rear-wheel-drive version of the Model 3, Tesla went with low resistance tires on 18-inch wheels to optimize range.

But that wasn’t good enough for the Performance Model 3.

Tesla went with Michelin Pilot Sport 4S tires on 20” performance wheels which is certainly an upgrade. Later, Tesla ended unbundling the wheel option from the Performance version – enabling buyers to order with the standard more aerodynamic and less performance-focused 18″ wheels.

Last month, Musk said that Tesla Model 3 Performance’s 0-60 mph time could improve to under 3.3 seconds with even better tires.

Now it looks like that time can actually be achieved with the stock version.