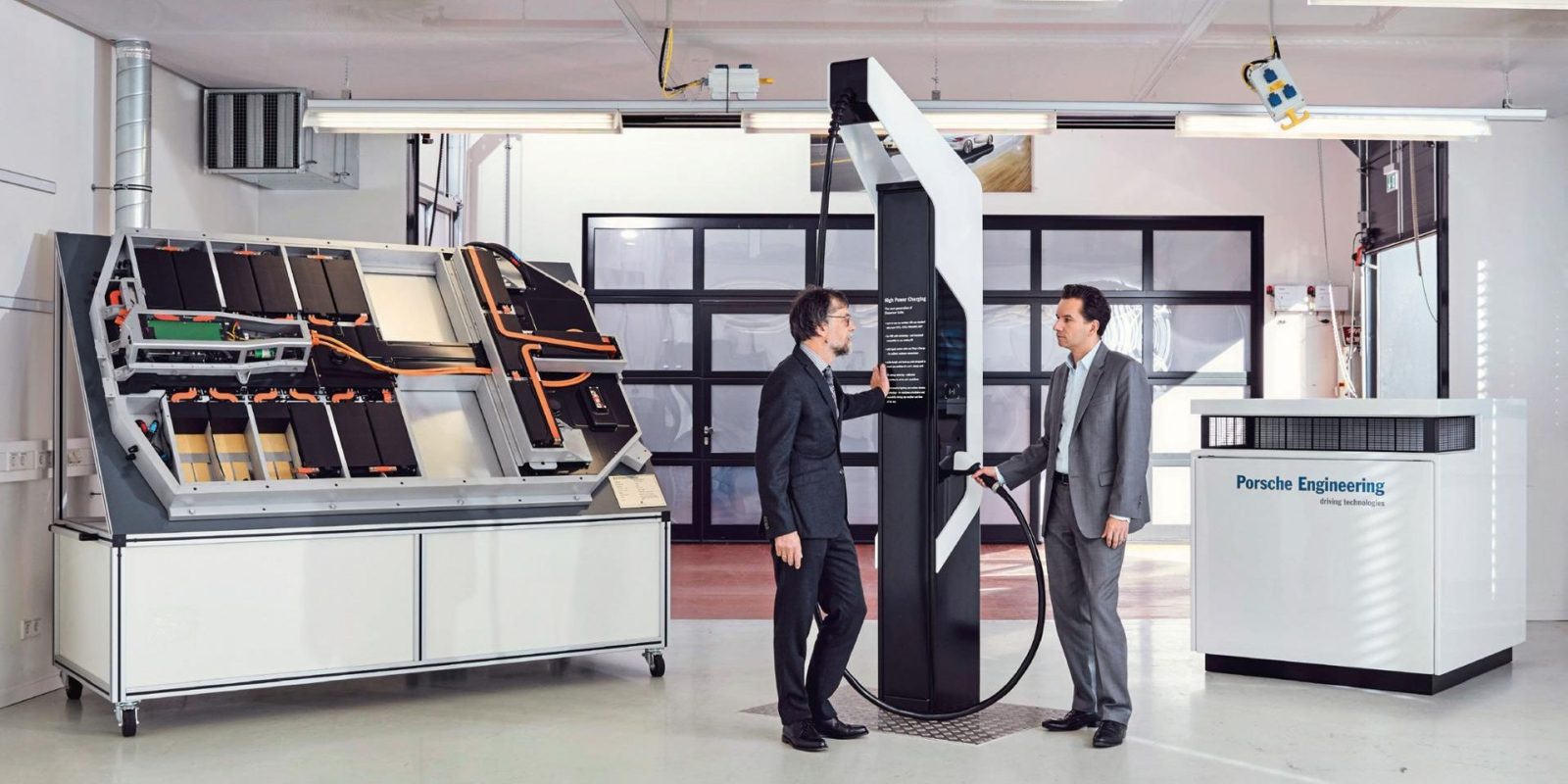 Ahead of launching its first electric vehicle, Porsche wants to flesh out a plan for charging infrastructure.

In a new interview released by the company, two Porsche executives explain the automaker’s approach to charging electric cars: seamless and fast.

Otmar Bitsche, Director of Development Electrics, Electronics, Electromobility at Porsche and Michael Kiefer, Director of High-Voltage Systems at Porsche Engineering, describe how they are approaching the issue of charging both on the technology aspect and as a service.

From a technology standpoint, they are introducing the first system working at 800-volts, which is going to enable a charge rate of up to 350 kW.

“Our power range starts at about 150 kilowatts today and extends up to 350 kilowatts. In a later phase of development, it could be even more than that. We believe that everything that will be installed in the future will play out in this power range. In the public space, no one wants to have long-term parkers at the charging stations because charging takes so long. Low charging capacity is really only acceptable for charging at home.”

Of course, that high charge rate is only going to be achievable when the state-of-charge of the battery pack is relatively low.

As the battery becomes full, they need to reduce the charge rate to protect the pack.

“It’s not possible to get a 100 % charge with fast charging. As the charge level rises, the power has to be cut back. Altogether, we can charge for 400 kilometers in as little as 20 minutes without the battery suffering. That makes the charging experience very pleasant for the driver, because the vehicle controls the charging completely automatically.”

In terms of technology, Porsche is also deploying two different systems to enable fast-charging for different types of charging stations.

“We have two different variants, the charging park and the ChargeBox. The park is designed for locations with more available space in which a very high volume of charges is to be expected, 24 hours a day, seven days a week. With a small compact station, however, a charging park is possible in the city as well, for example in a residential area. For all areas with extreme space constraints, there is our second variant, the ChargeBox with an integrate battery. It can be connected to the normal low-voltage grid and enables fast charging in spite of its compact dimensions.”

We reported on Porsche installing its first ultra-fast 350 kW EV charging station and connecting it to the grid earlier this year.

As for the service aspect, Porsche wants a seamless experience that doesn’t require their owners to deal with multiple services.

“Someone who wants to drive from Munich to Hamburg in an electric vehicle today needs multiple cards with which they have to authenticate themselves at the charging stations. Porsche eliminates this authentication rigmarole for customers by establishing contracts with all of the charging station operators, so the customer only needs one charging card that is accepted everywhere. And they can also count on a guaranteed electricity price that applies throughout the entire country. Customers of the Porsche charging service ultimately receive just one transparent bill from Porsche.”

His example is not entirely accurate since Tesla’s Supercharger network has an extensive number of stations between Munich to Hamburg that its drivers can use seamlessly without using a card or authentication.

That said, it is true for virtually any other electric vehicle.

Porsche is addressing this by launching its own electric car charging mobile app and service to facilitate the charging experience.

The two engineering executives also said that inductive charging is also being evaluated by the company and could be added to the Taycan later on.

The automaker plans to launch the Taycan, its first all-electric vehicle, next year.