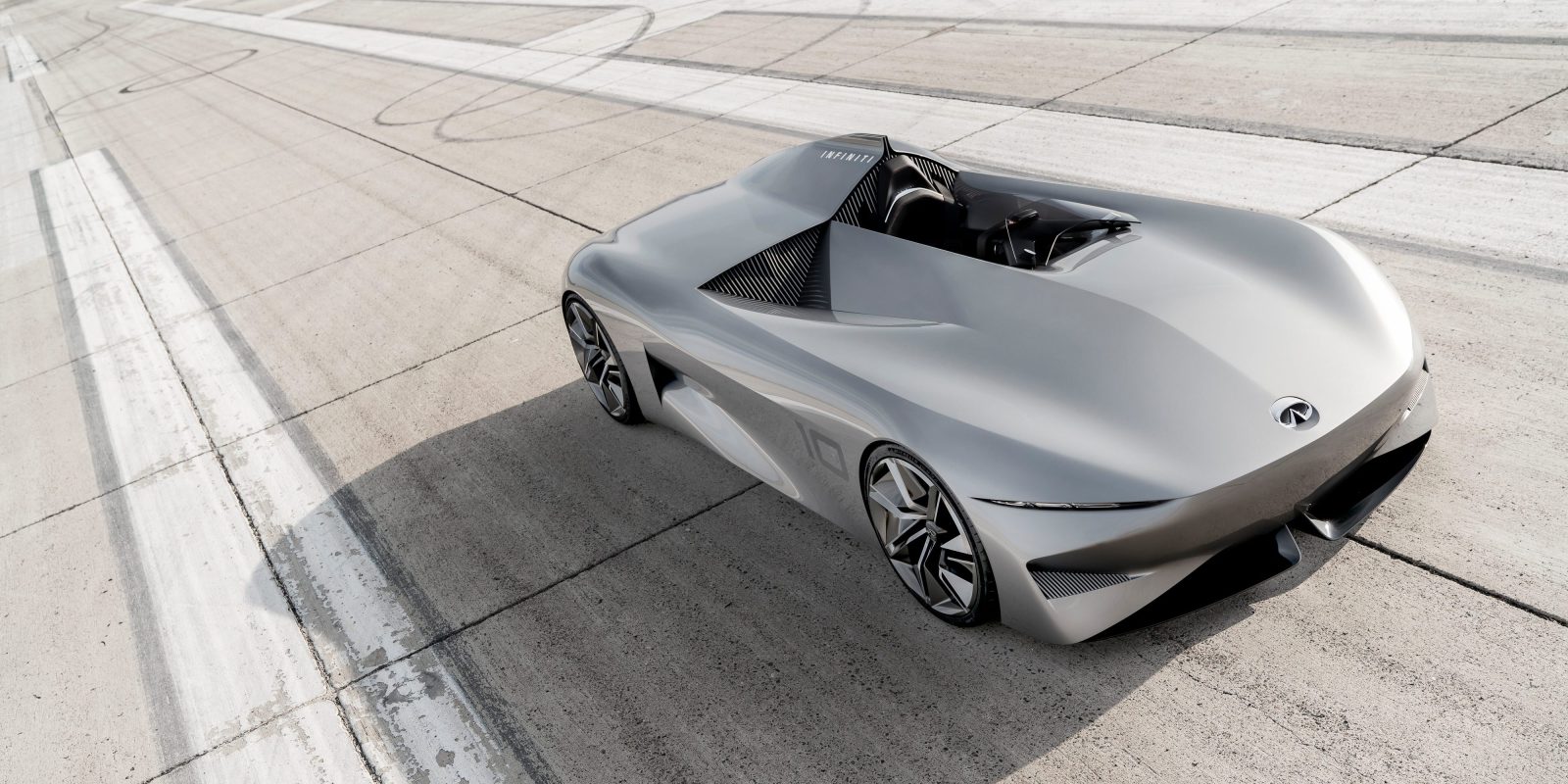 Despite being part of Nissan, which was somewhat of an early adopter of electric vehicles with the Leaf, Infiniti has yet to launch its own all-electric car.

But it plans to soon go electric and today, it unveiled a new daring all-electric speedster car prototype, which it describes as “the spirit of the speedster for an electrified era.”

It’s called ‘Prototype 10’ and Infiniti says that it is “inspired by the potential for electrified performance.”

Roland Krueger, President of Infiniti, talked about the car:

“We all feel a certain degree of passion when talking about roadsters and speedsters. We are equally passionate about the potential that electrification holds for the future of our cars – a daring speedster is the perfect study for our designers to explore an electrified future and ignite such excitement.”

The Prototype 10 has been designed under the direction of the company’s new Executive Design Director, Karim Habib.

Habib commented on the design of the electric prototype vehicle unveiled today:

“The INFINITI Prototype 10 echoes the layout and design of early speedsters. This period saw the creation of some of the most evocative car designs of all time, where power was celebrated through high-powered single-seat competition cars. Our new concept speaks of an electrified future, something which is reflected in its form and details. It is appropriate that we found inspiration in an optimistic bygone era in which cars were characterized by the simple love of driving.”

It’s very much a design exercise and the automaker didn’t reveal any performance specs.

Bridging past and future, the INFINITI Prototype 10 recaptures the spirit of early speedsters for an era of electrified performance.

Bridging past and future, the INFINITI Prototype 10 recaptures the spirit of early speedsters for an era of electrified performance.

Earlier this year, Infiniti announced that ‘it will go electric’ starting in 2021, but we have to keep in mind how Nissan and Infiniti talk about electric vehicles.

We have seen several similar announcements over the last year and they are often being misreported simply as ‘(insert automaker) is going all-electric’, like Volvo and Jaguar, which is why it’s important to be clear about what is being announced here.

The main point to understand is that all new models (not existing ones) introduced after 2021 will have an electric powertrain.

According to the automaker, that can mean pure electric vehicles (BEV) and e-POWER vehicles, which are basically electric vehicles with a gas-powered range extender without any plug or all-electric range (HEV).

In 2025, they expect that a mix of those “electrified vehicles will comprise more than half of Infiniti global sales by 2025.”