Martin Tripp, the self-proclaimed Tesla whistleblower who Tesla CEO Elon Musk has described as a “saboteur”, is now trying to back his claims with what he is presenting as evidence, including the vehicle identification numbers (VIN) of Model 3 vehicles, which he claimed were delivered with punctured battery cells inside their battery packs.

Update: Tesla has denied the claim in a statement to Electrek.

In June, Musk said that Tripp had sabotaged software in the automaker’s manufacturing system and stolen data.

Tesla is suing Tripp for leaking the data, misrepresenting it in the media, and messing with its manufacturing software.

In his defense, Tripp claimed that he is a whistleblower and that the information that he leaked, including the claim that Tesla installed punctured battery cells inside Model 3 battery packs that were delivered to customers, was to expose the company and Musk.

His lawyers wrote about his claim in the filing of the countersuit:

The former engineering technician released images of what he claims is a battery module before and after being “reworked”:

Tripp claims that he was able to track the vehicles that received those cells and now he released on Twitter the VINs of the Model 3 vehicles with the alleged punctured battery cells: 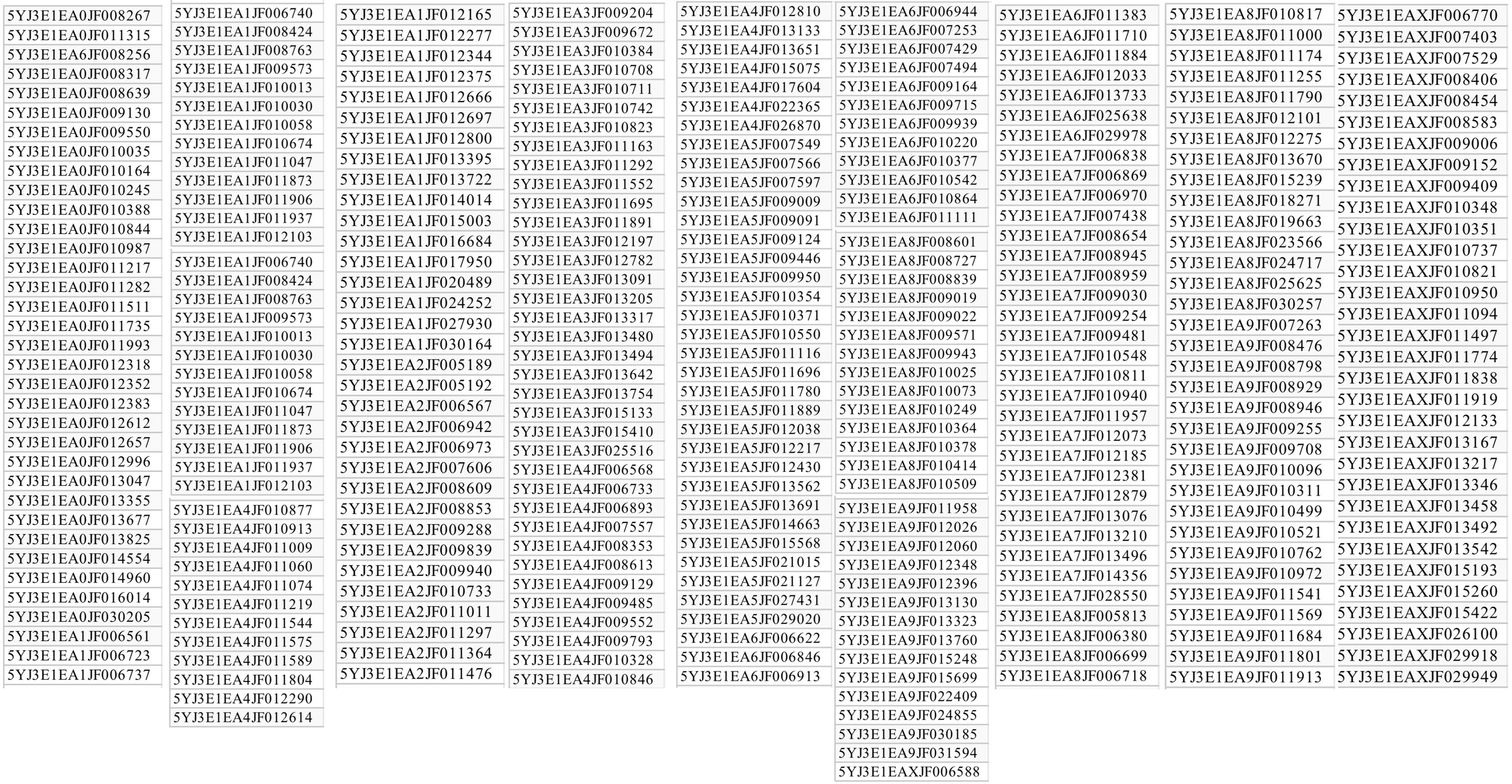 Tesla has previously denied Tripp’s claims, including his claims about punctured cells ending up in Model 3 battery packs.

We contacted Tesla after Tripp released those VINs to see if they have anything more to add since it will undoubtedly worry the owners of those vehicles.

The automaker has yet to answer. We will update if we get an answer.

“As we’ve said before, these claims are false and Mr. Tripp does not even have personal knowledge about the safety claims that he is making. No punctured cells have ever been used in any Model 3 vehicles in any way, and all VINs that have been identified have safe batteries. Notably, there have been zero battery safety issues in any Model 3.”

if you are an owner of one of the supposedly affected Model 3s listed above or if know anything about the issue, you can reach out to me via wickr: fredev, Twitter: @FredericLambert, or email: fred@9to5mac.com.

Again, I’m torn about this because Tripp seems to have some good information, but I find it extremely difficult to trust him because of the ridiculous way he conducts himself.

Things like telling Elon Musk that he is “coming for him and all his money” and accusing him of doing cocaine makes him sound nuts.

He hasn’t slowed down his poor behavior as he is using insults in his latest tweetstorm about the alleged evidence and he is even calling Musk a “subsidy fraud boy”, which is a term that popular Tesla shorts (and proven spreader of misinformation) have been using to describe Musk.

He is kind of showing his cards here.

If he wasn’t acting like such an immature vindictive guy, it would put more weights behind his claims, but it makes hard to believe for now and as long as it remains a ‘he said/she said’ type of situation.