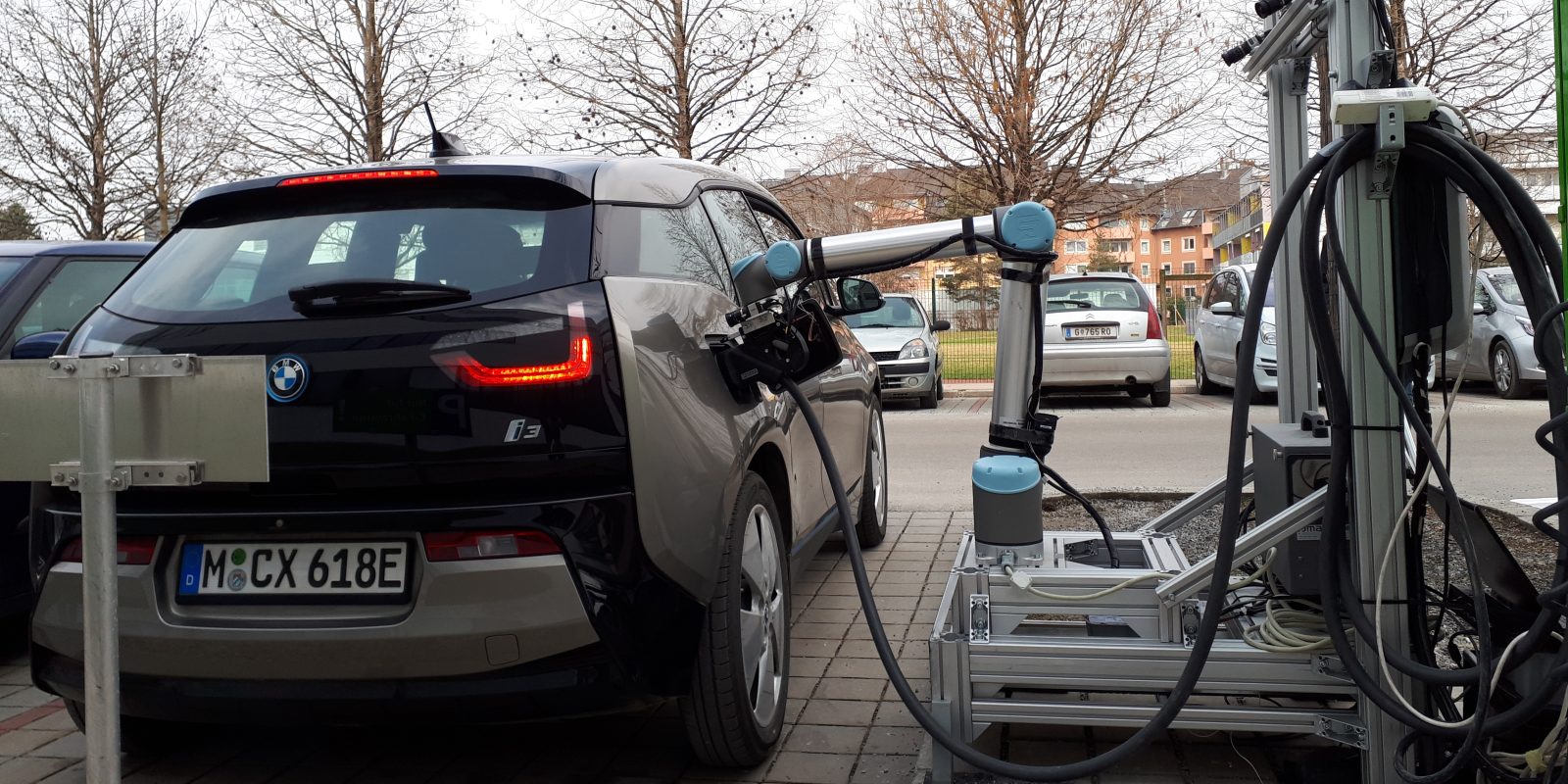 Do you remember when Tesla unveiled a metal snake robot Supercharger that can automatically plug into your car?

The device was supposed to be added to Supercharger stations as part of Tesla autonomous driving ambitions in order to enable self-driving cars to recharge without anyone have to physically plug them in.

They have yet to materialize, but university researchers have now made a real version of the robot electric car fast-charging station – albeit with less of a cool science fiction look.

Bernhard Walzel, who is in charge of the project at Graz University of Technology, explained the project:

“For the first time, we have succeeded in a robot-based charging station autonomously charging several vehicles one behind the other, without the vehicles being specially adapted for it have to. Thanks to ingenious camera technology, the robot recognizes the charging socket of the vehicles and is thus able to autonomously set different parameters– Cars, which successively drive into the charging station, charge. The problem of positioning the vehicle at the loading bay could thus be solved, so that the system works even when parking misalignments occur. “

The university released some pictures of the prototypes robot charging stations:

The group explains that the difficulty wasn’t as much with the robotics, but “the programming and integration of the sensor technology for exact position and type recognition of the vehicle and charging socket.”

With the computer vision system that they developed, the robot could technically plug the cable in any electric car compatible with the CCS station.

Several companies are actually working on those solutions in order to make charging more convenient for the people who can’t stand the few seconds it takes to plug your car or more importantly, for the upcoming autonomous driving future.

Last year, VW revealed that it is working with Kuka on robots to charge electric cars.

As for Tesla, they released a video of its automated metal snake-like charging station prototype almost 3 years ago to the day.

They have yet to deploy the concept, but they linked it to the advent of their fully autonomous driving technology, which is over a year late at this point.

Maybe it will come with the Supercharger V3, which is expected to come by the end of the year.