Tesla is preparing to launch the Model 3 outside North America in the next 6 months or so.

Now we learn that the automaker is already bringing Model 3 to Australia and New Zealand.

The Model 3 has officially been in production for over a year, but the automaker has only achieved a significant production volume in the last few months.

As for deliveries, they have been limited to the US and Canada.

Tesla has been guiding international expansions early next year.

In preparation for those expansions, Tesla officially brought the vehicle to Europe for the first time last month.

Now we learn that Tesla is bringing the Model 3 on tour in Australia and New Zealand.

The company sent emails to local Model 3 reservation holders inviting them to see the Model 3 for the first time at stores across the countries.

Tesla wrote in the email:

“As a Model 3 reservation holder, we are excited to invite you and one guest for an exclusive first look at Model 3 before we open to the public.

During the event, you’ll have the opportunity to sit inside Model 3 and experience the expansive glass roof, premium interior and 15-inch touchscreen display. Tesla product specialists will be available to answer any questions you may have about the safety, range and performance of all Tesla vehicles.”

Several reservation holders sent us the invites for events at Tesla Chadstone, Tesla Auckland, and Tesla Martin Place (thanks everyone BTW). 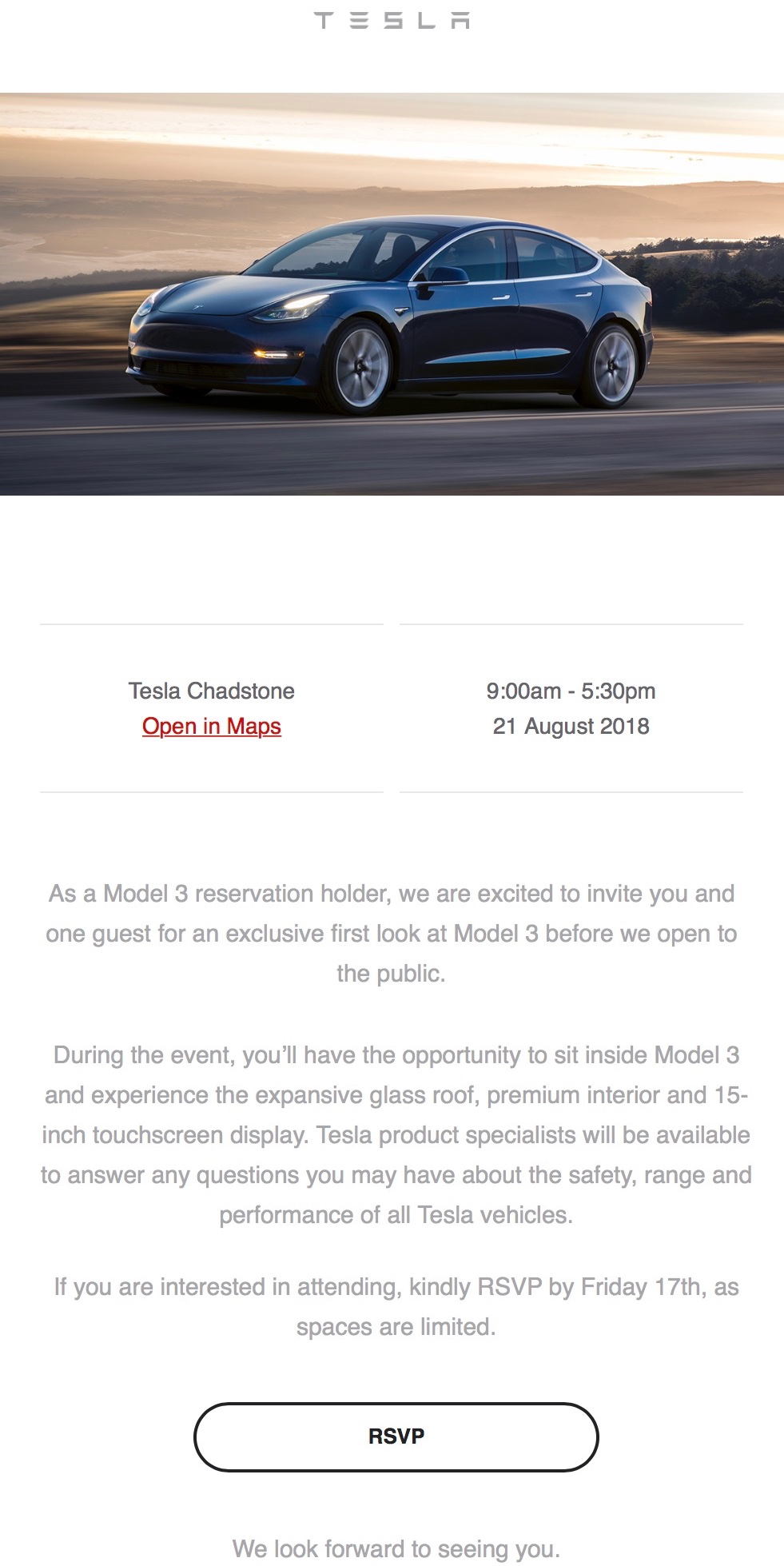 It sounds like Tesla will also make the vehicle available for the public to take a look and not just reservation holders.

Update: Tesla says that they will also hold a Model 3 reservation holder event in Brisbane as well, on the same day as Melbourne and Sydney.

Model 3 deliveries are not expected in Australia for almost another year.

Earlier this year, Tesla CEO Elon Musk updated the delivery timelines for the international expansions. he said that the Model 3 will hit the left-hand-drive markets in Europe and Asia during the first half of 2019 and that the right-hand-drive Model 3 will be ready “probably” around the middle of 2019.