Tesla Model 3 has shown up in Europe in several unofficial events, but Tesla is now officially bringing the new electric car on the old continent for the first time this month.

The Model 3 made its unofficial debut in Europe at the Geneva Auto Show when an engineering firm displayed a used Model 3 bought on the market.

Tesla didn’t showcase the vehicle there itself since the Model 3 is not expected to be available in Europe until next year.

It didn’t stop importers from buying Model 3 vehicles in the US and bringing them to Europe.

As we reported earlier this year, many Model 3 vehicles started showing up for sale in Europe on the gray market.

But Tesla is now preparing to bring the vehicle in an official capacity for the first time in Europe as it is now inviting some UK Model 3 reservation holders to join them at the Goodwood Festival of Speed next week.

Here’s the invite that they have been sending to local Model 3 reservation holders: 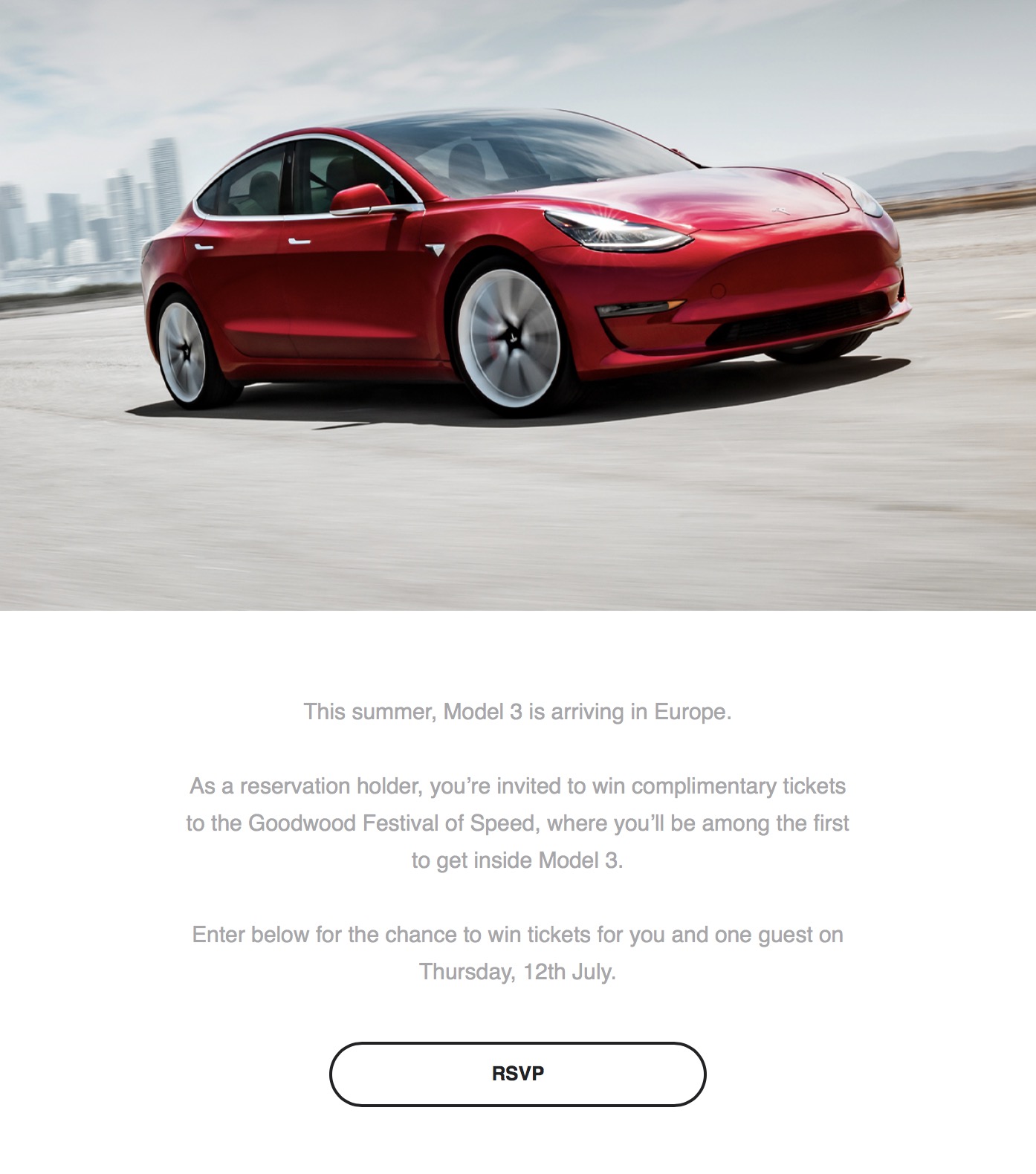 Tesla is not always present at car shows, but over the past few years, Tesla had a big booth at the Goodwood festival to showcase its electric vehicles.

To launch the Model X in England, Tesla even raced the electric SUV at the Goodwood Festival of Speed.

The festival has somehow become a showcase for electric vehicles. Last year, some rare EVs ended up showing up at the event and even raced up the Goodwood hill climb. We saw the Zoe e-Sport Concept, a sexy sports version of its successful all-electric Zoe, Nissan’s all-electric BladeGlider, and the London Taxi Company Black cab prototype.

Now it’s going to be the place for Tesla’s official Model 3 debut in Europe this summer and a rare Model 3 in Europe aside from those imported for resale and the few vehicles purchased by other automakers to reverse-engineer and benchmark.

On its website, Tesla now lists “international deliveries of left-hand drive vehicles begin in the first half of the year” to be followed by the right-hand drive markets.