I have been reporting on electric cars full-time for the past 3 years now. Over 5,200 articles later, I am frustrated by the number of articles I wrote about vehicles you still can’t buy today.

But I think that will change in the next 2 years.

We now know of dozens of electric vehicle programs coming to market in the next few years and we believe they will change the auto industry forever.

Here we take a quick look at the 5 most exciting new electric cars you can buy in the next 2 years.

The keyword here is ‘new’. There are several great electric cars you can buy today, like the Tesla Model 3 and the Chevy Bolt EV, and they should be praised to be early to market, but here we will be looking at new EV programs that we know will hit the market for sure.

We are talking about electric vehicles that you will be able to buy in the next 2 years.

Electric cars that will either be affordable and/or that will disrupt entire segments or even the industry as a whole.

For now, the vehicle is only known as the VW I.D. Concept, but it might end up being called ‘Neo’.

VW is planning to release a production version in 2020 based on the concept that they revealed in 2016.

Earlier this year, Germany’s Bild Magazine claims to have obtained the first image of the planned production version of the electric car – pictured above.

We are including the vehicle on the list because everything points to Volkswagen planning to make this car its first mass-produced all-electric vehicles.

The VW Golf is a very popular vehicle program for the German automaker and yet, its electric version, the e-Golf, is not a big success since it’s only a conversion of its gas/diesel-powered version produced in low quantities.

This new vehicle is built from the ground up to be electric and mass-produced to achieve a decent price – currently estimated at around $30,000. VW has already awarded billions of dollars worth of battery contracts in order to bring the vehicle to market in volume.

If VW stays true to what they originally announced, we expect the VW I.D. Concept/Neo to be a very popular vehicle that will introduce a lot of new people to electric driving.

I can see VW committing to make hundreds of thousands of those vehicles per year, which would be a first for an electric car from an automaker other than Tesla.

Furthermore, VW plans to use the vehicle to launch its latest autonomous driving technology. 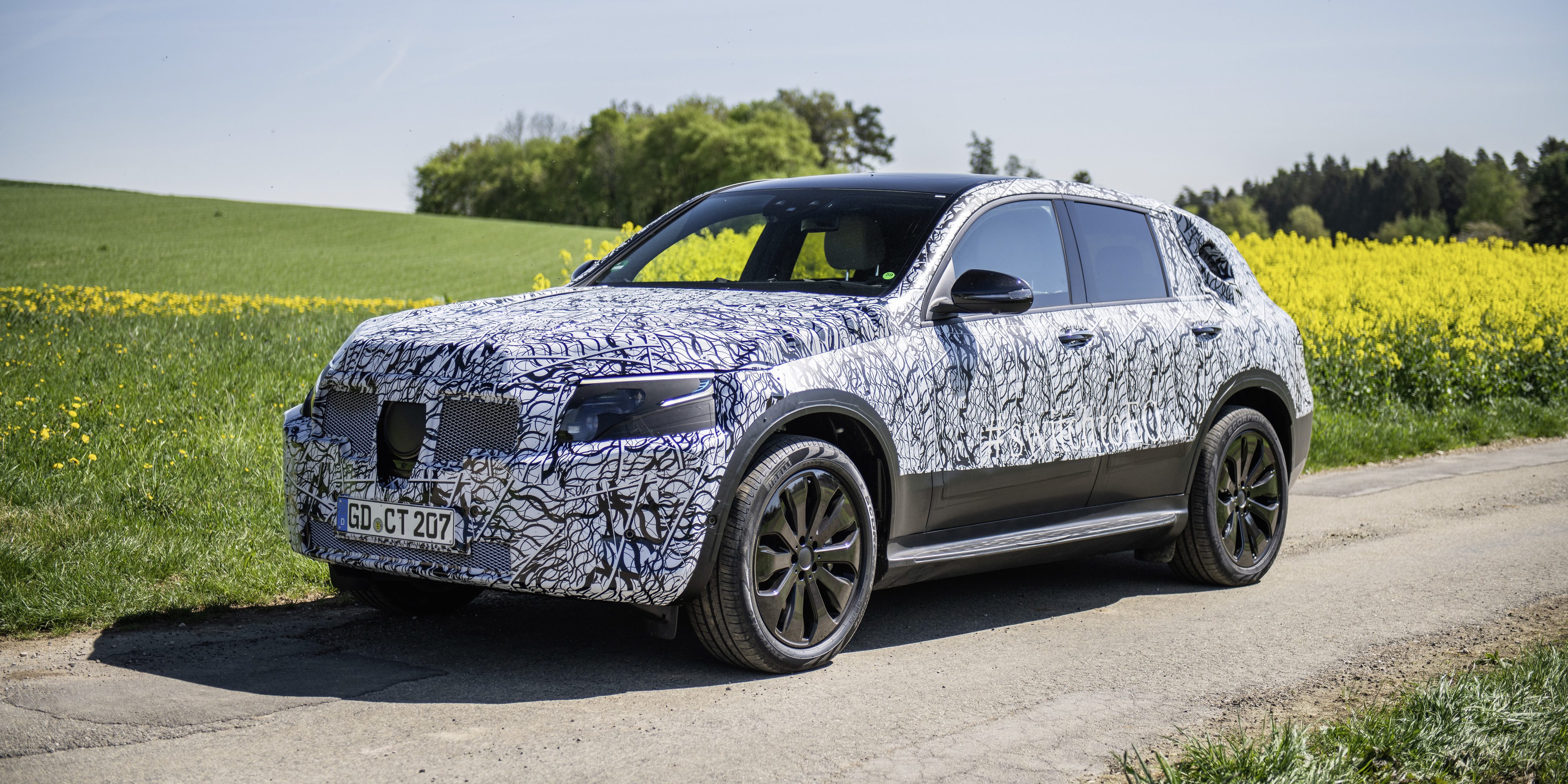 We are staying in Germany for the fourth spot, but we are going into the premium SUV segment.

By the time the EQC comes out next year, there will be 3 or 4 all-electric options in its segment, which doesn’t make it very unique, but I think it will result in electric vehicles taking over a lot (maybe even most) market shares of premium SUVs.

After 2020, I think that most premium SUV buyers will all have to seriously consider going electric and that’s very exciting because it’s currently a very polluting segment.

The EQC is also exciting as the first Mercedes-Benz built from the ground up to be electric as part of Daimler new Mercedes electric platform.

It will also launch Mercedes-Benz’s new electric EQ brand that will also include 3 other vehicles in the next few years.

The EQC itself should be quite competitive in the premium SUV segment. It is equipped with a 70 kWh battery pack for a range of ‘up to 500 kilometers’ (310 miles). Of course, that’s based on the NEDC standard and the real-world range or EPA-rated range would be expected to be significantly less – around 250 miles. In terms of range, it should be competitive with the several other all-electric luxury SUVs coming to market in the next few years.

Volvo’s new XC40 has been very well-received in the very popular compact SUV segment and now the automaker has confirmed earlier this year that it plans to make an all-electric version as soon as next year.

With most electric SUVs hitting the market being in bigger or more premium segment, like the Mercedes-Benz EQC and Audi e-tron quattro, this one should come at a lower price.

Unfortunately, not much is known about the vehicle just yet, but Volvo’s latest CUV platform was built from the ground up to support several types of powertrains – including an all-electric one.

My main fear with the all-electric XC40 is that Volvo could price it too high against the non-electric version, which starts at $36,000. That’s often a problem for automakers who sell electric and gas-powered versions of the same car.

If it ends up being over $45,000, I think it will be a tough sell at the dealership, but anywhere close or even below that could be a very attractive option on the market.

I especially like the Taycan, formerly known as the Mission E, for its potential to convince hardcore petrolheads, like many Porsche fanatics, of the advantages of going electric.

Even though the Taycan is going to be a more expensive premium vehicle, its impact on dispelling some misconceptions about EVs is going to trickle down in my opinion.

While I still see many automakers only tentatively entering the EV space while still protecting their gas-powered vehicle business, I am convinced that Porsche is not one of those automakers – or at the very least, they are not letting it affect the Taycan vehicle program.

It looks like Porsche is set to make the Taycan the very best vehicle they can make even if it ends up hurting their Panamera sales.

Furthermore, the Taycan is also exciting because it looks like it will end up being the first all-electric passenger car with a 800-volt charging system, which is going to be able to take advantage of all those new 350 kW ‘ultra-fast’ charging stations currently being deployed all around the world.

Tesla is bringing back the Roadster with a new generation of the vehicle that launched the company over 10 years ago.

In my opinion, it is the most exciting and takes the number one spot because of what Tesla aims to do with the electric supercar: remove the halo effect that gas-powered cars still have to an extent in the auto industry today.

Elon Musk called it a “hardcore smackdown to gasoline cars.”

The automaker wants to new Roadster to become the fastest production car ever made period.

Now they are not taking any risk here and they are covering all the bases by making it the first production car to get a 0-60 mph time under 2 seconds, quarter-mile under 9 seconds, and a top speed of over 250 mph.

It will also be the first time that a production electric car gets an official range of over 620 miles (1,000 km) on a single charge.

All those insane specs could be seen as excessive along with the price tag that comes with it, starting at $200,000, but it could likely become the best vehicle money can buy and it just so happens to be electric.

Like with the Taycan for Porsche fans, it will change the outlook of many people that still don’t see battery-electric as the best path forward.

I know that there are a few other electric vehicles coming in the next 2 years that could have made the list, but I limited it to a top 5. What would your top 5 be? Let us know in the comment section below.