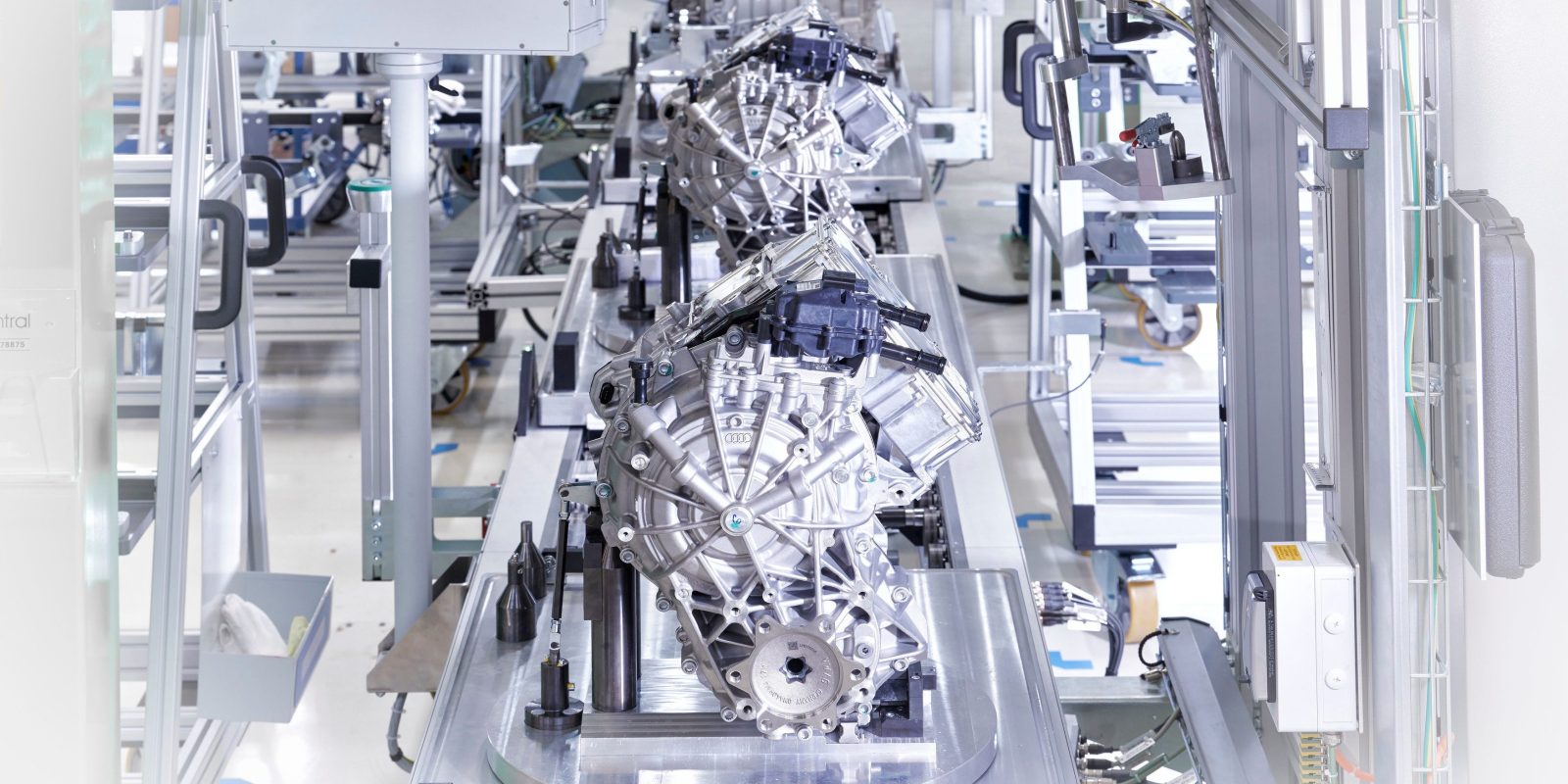 Audi is about to launch its first all-electric vehicle built to be electric from the ground up: the Audi e-tron quattro.

The German automaker is now starting the production of electric motors for the new SUV in Hungary ahead of the imminent launch.

The company says that “a new era is starting at Audi Hungaria” as series production of electric motors officially started in Győr.

Audi says it invested “a double-digit million amount to set up the motor production facility”, which consists of a floor space of 8,500 square meters with a modular assembly production concept that they deployed in only one year.

Peter Kössler, Board of Management Member for Production and Logistics at AUDI AG, commented at the event for the start of production:

“Audi Hungaria has been involved in writing the growth story of the Four Rings for 25 years. Our Hungarian subsidiary is now entering a completely new field of expertise with the production of electric motors. This exclusive know‑how makes Győr into our main plant for electric motors and embodies our strategic transformation into a provider of sustainable mobility,”

The automaker says it is employing about 100 workers on the line and it plans to increase the workforce to 130 people by the end of the year and change operations from one to three shift.

They say that the “current production capacity is for approximately 400 electric axle motors each day and can be gradually increased.”

The e-tron quattro is equipped with 2 electric motors, which gives the automaker a significant production capacity.

“The electric motor from Győr offers numerous new features. With the stator – one of the core components of the motor – the aim is to insert as much of the thin enameled copper wire as possible into the casing: the tighter the winding, the more efficient the power delivery. A new winding and inserting center at Audi Hungaria makes it possible to wind the optimal amount of enameled copper wire particularly compactly and then insert it into the casing. The electric axle consists of other large components such as the power electronics, which are located in their own housing, the gearing and two flange shafts that transmit the power to the wheels. The employees produce two electric axle drive systems for each Audi e-tron, as both the front and rear axles are driven – in good quattro tradition.”

They shared some images of the electric motor production at the factory today:

In the picture: A finished electric motor

In the picture: Leak test

In the picture: driverless transport vehicle with a finished electric motor

In the picture: Winding and inserting center

Series production of electric motors officially started in Gy?r. The electric motors are produced on floor space of 8,500 square meters with an innovative production concept: modular assembly. In the picture (from left to right): Achim Heinfling (Managing Director of Audi Hungaria), Péter Szijjártó (Minister for Foreign Trade and Foreign Affairs) and Peter Kössler (Board of Management Member for Production and Logistics at AUDI AG).

It has also showcased the vehicle’s towing capability by pulling a trailer with their new electric race car in it and revealed the aero performance of the SUV with optional cameras instead of mirrors. We have also seen the e-tron quattro electric SUV’s interior.

All those new details have been adding up leading to the unveiling of the production version, but we have wait a little longer to get all the details.