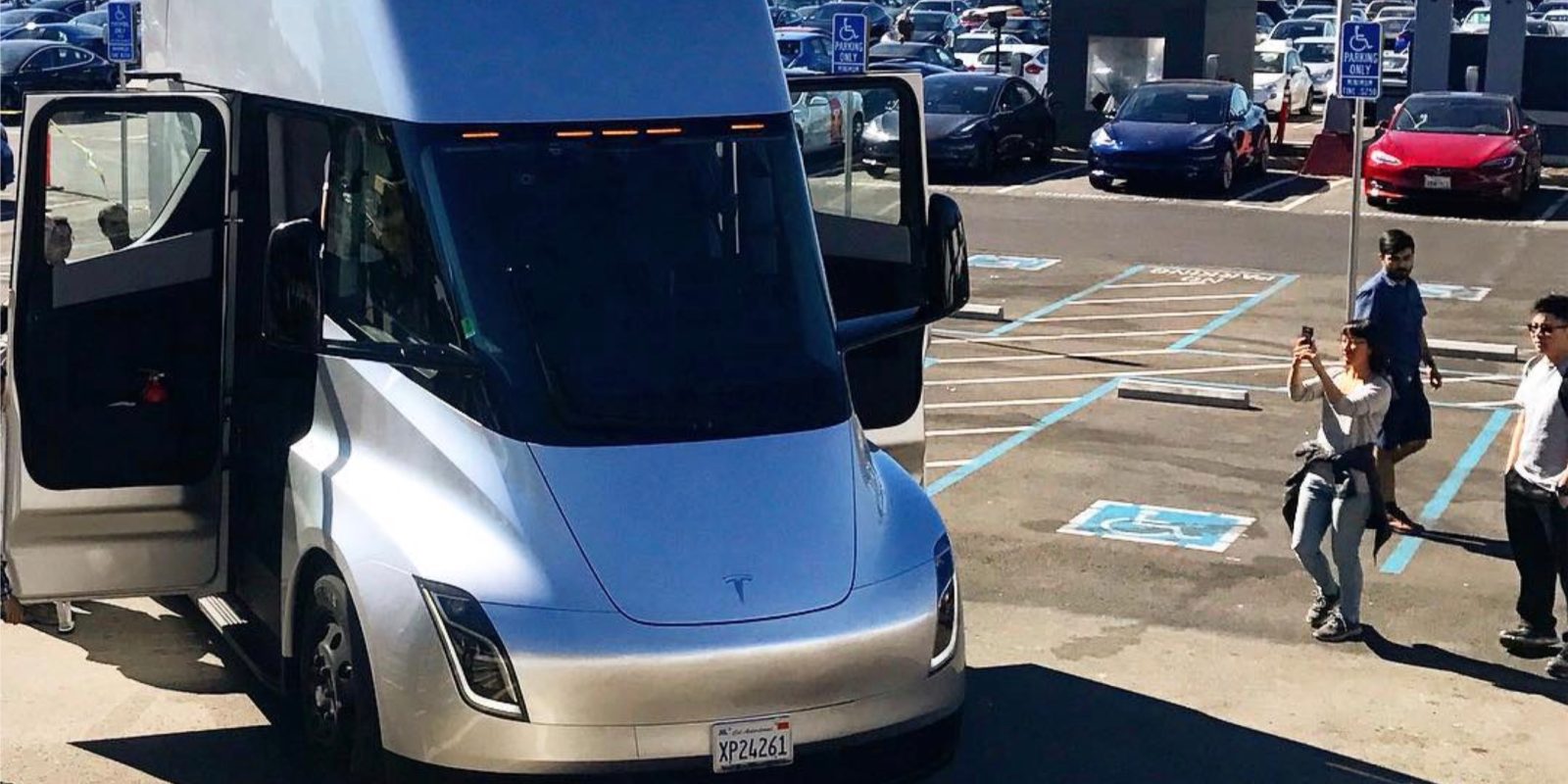 We haven’t seen much of the two known Tesla Semi prototypes in recent months after they got really busy during the test program earlier this year.

Now one of the Tesla Semi prototypes showed up at Fremont factory and made a big splash with employees.

We have been tracking the Tesla Semi test program as the automaker claims it is seeing even more potential for improvements on the already insane specs that they announced last year.

After some tests, CEO Elon Musk said that the Tesla Semi production version will have closer to 600 miles of range on a single charge instead of the previously announced 500 miles.

Since the launch of the Tesla Semi program, other truck makers, like Daimler, have unveiled electric semi truck programs, but none of them have so far been able to confirm specs anything close to Tesla Semi’s at the price point.

If Tesla can really deliver on those specs at the price point that they announced, most people in the trucking industry would agree that it will revolutionize the market, but not everyone is yet convinced that Tesla can deliver on the specs.

But those who had the chance to experience the electric truck say that Tesla has devlivered. For example, a Tesla Semi test program partner said that performance specs are for real.

Tesla has been touring prototypes around the country to showcase it to people who have ordered it, but many of the company’s own employees haven’t seen the vehicle up close.

They now had a good chance to see the truck as Tesla displayed it at the Fremont factory this week. Employees posted a lot of pictures on Instagram:

No rooftop garden, no laundry service, no spa water, but at least we have this

Thicc 🍑 appreciation. 4 electric motors. 8 wheels. Ludicrous amount of torque. No jackknifing. . . The first semi to have true torque vectoring to prevent one of the biggest dangers to semi truck drivers: jackknifing. Not only will the electric semi blow any ICE semi out of the water with speed and acceleration, it’ll also be safer than any other semi before it. . . The third picture is what happens today when a trailer jackknifes . . . . #teslasemi #tesla #rearend #torquefest #engineeringporn

Tesla plans to bring the vehicle to production next year. After Tesla revealed the pricing of its electric semi trucks last year, we learned that the regular production versions for the 300-mile and 500-mile range versions will be $150,000 and $180,000 respectively, while the company is also listing a ‘Founders Series’ version for $200,000.

It’s more expensive than a typical diesel truck, but buyers should be able to save on the cost of operation, which Tesla expects to be significant after accounting for fuel and maintenance savings.

Here are some of our top recent Tesla Semi articles: