A Tesla electric motorhome design based on Tesla Semi: love it or hate it? 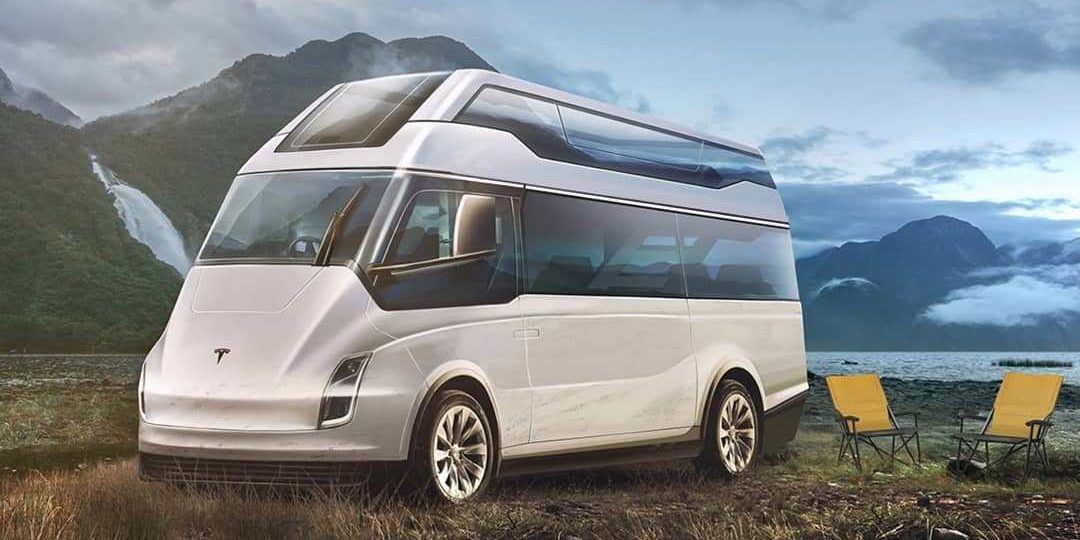 Electric motorhomes are slowly starting to creep up on the market, but Tesla hasn’t jumped on board yet.

A designer (credit:NeoMam Studios) tried to envision what a Tesla motorhome would look like and it is quite encouraging for the future possibility.

Those vehicles are currently giant gas-guzzlers and all-electric versions could significantly reduce the cost of operation and the pollution from the segment.

Several companies are starting to tentatively enter the space.

A German company recently unveiled a full-size electric motorhome prototype and Winnebago launched an all-electric RV platform. But neither currently have a good enough powertrain to make those vehicles viable electric motorhomes yet.

Tesla fans have long dreamed about the automaker leveraging its electric powertrain expertise to venture into the space.

The company has plenty of other vehicle programs to worry about at this point, but a Spanish designer took it upon himself to envision what a Tesla motorhome would look like:

As you can see, it is heavily inspired by the Tesla Semi, Tesla’s class 8 electric truck.

In the past, Tesla CEO Elon Musk has talked about leveraging the company’s current platforms for other vehicles, like the Model X platform for a minibus and the Tesla Semi platform for a large pickup truck, but it hasn’t materialized into anything so far.

What do you think of this idea for a Tesla motorhome based on the Tesla Semi?

Personally, I’m a big fan. Not only of the design but also of the idea of a Tesla Semi-based motorhome.

Even just half of the power and energy capacity of a Tesla Semi could probably make for decent motorhome specs with 300+ miles of range on a single charge.

Camping spots would need to be fitted with more powerful charge points in order to charge such a large battery pack overnight, but it’s not an insurmountable infrastructure problem.

Now I’m not saying that Tesla should make it a priority, but it might be something that they should look into and spend some resources on once the Tesla Semi program is on more solid ground and into production.