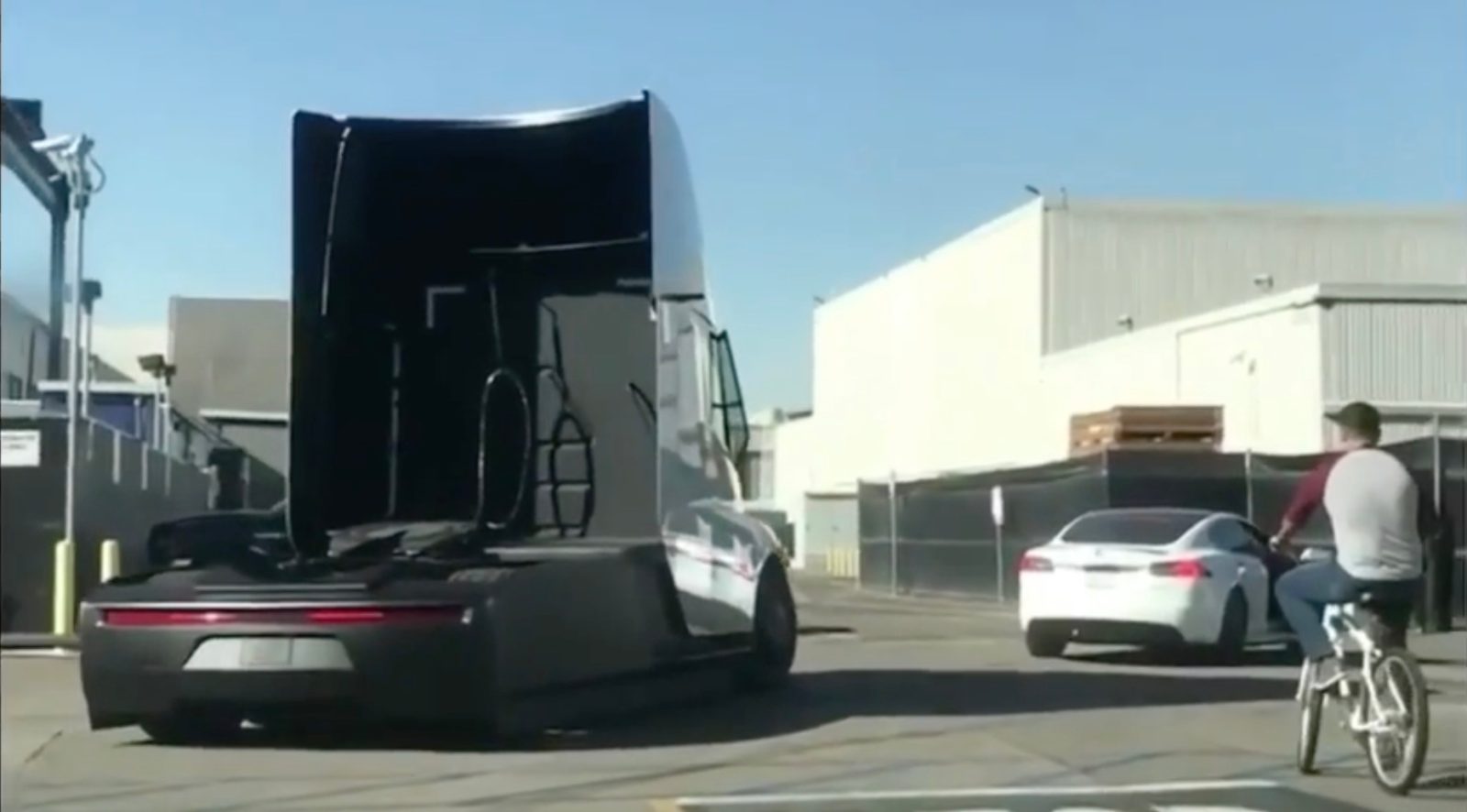 The performance specs that Tesla announced for its electric semi truck last month were unbelievable for some.

But now a transporter that participated in the Tesla Semi test program confirmed that those specs are actually real – or at least most of them.

There was a lot of speculation and skepticism leading up the Tesla Semi unveiling.

A good example is a Ryder executive who told Reuters that the vehicle will have a range of 200 to 300 miles and that they weren’t impressed.

After the unveiling and Tesla’s claim that the electric semi truck will have a range of up to 500 miles, Ryder ended up placing an order with the company.

Now there are not many people out there unimpressed by the specs announced by Tesla, but there’s still some skepticism about the company achieving those specs.

We mostly had to take Tesla to its word until now.

In his latest note to clients, Morgan Stanley’s Adam Jonas says that he spoke with XPO Logistics, a company that helped Tesla test its prototypes:

“The Tesla semi has already received important validation from some customers. We spoke with mgmt. at XPO Logistics, one of the largest logistics companies in the country, that has been talking to Tesla on their EV semi for the past 18 months, including testing live prototypes. XPO mgmt. confirmed that in their testing, the features and capabilities of the truck mostly lived up to Tesla’s claims at the launch event, including the performance vs. diesel trucks up a 5% grade (55 mph vs 45 mph), recharging time, safety/anti jackknifing features and payload (similar to a typical diesel truck, as confirmed by Tesla).”

But Jonas added that XPO has been unable to confirm the 500-mile range through the tests that they performed.

Tesla Semi is still about 2 years away from production and Tesla is accumulating orders in the meantime. The confirmed orders just passed 300 units with PepsiCo’s 100-truck order.

It’s interesting to have a second data point to confirm some of those specs.

But of course, the main one is a range of 500 miles on a single charge with a full load. Now the fact that XPO could not confirm range doesn’t mean that Tesla can’t achieve it. They could simply not have had the opportunity to test the full range.

Nonetheless, based on the performance numbers that Tesla released, the battery pack would have a capacity of about 1 MWh and that would be a very heavy and costly battery pack.

It doesn’t appear to be possible with the current battery cells that Tesla uses in its current vehicles in term of weight and cost. Most analysts seem to agree that at least some significant incremental improvements in Li-ion batteries would be required or even a breakthrough with a new type of batteries.

Tesla could potentially already have those batteries for its prototypes, but it could need some time to achieve the cost and volume production required to ramp up the Tesla Semi program.