In the race of making electric vehicles more efficient, the Hyundai Ioniq Electric is still the reigning king with its exceptionally small and efficient battery pack.

The Tesla Model 3 is its closest competitor and it could eventually beat it with upcoming new versions of the car, but not with the new Performance Model 3 which is unsurprisingly much less efficient.

According to the EPA, the Long Range rear-wheel-drive Model 3 got 131 MPGe for city driving, 120 MPGe on the highway, and 126 MPGe combined.

Tesla apparently made efficiency gains during upgrades in the early production ramp because it was later updated to a combined 130 MPGe with the 2018 model year.

It came close, but it wasn’t enough to beat the Hyundai Ioniq Electric’s 136 MPGe.

Unsurprisingly, the Performance version of the Model 3 isn’t going to be the one pushing in the right direction due to its focus on performance over efficiency.

The EPA hasn’t released the fuel economy results for the performance version yet, but a Tesla employee shared on Reddit a picture of a Performance Model 3 test drive vehicle being delivered to a store and it shows a glimpse of the Monroney sticker with the ‘116’ MPGe visible: 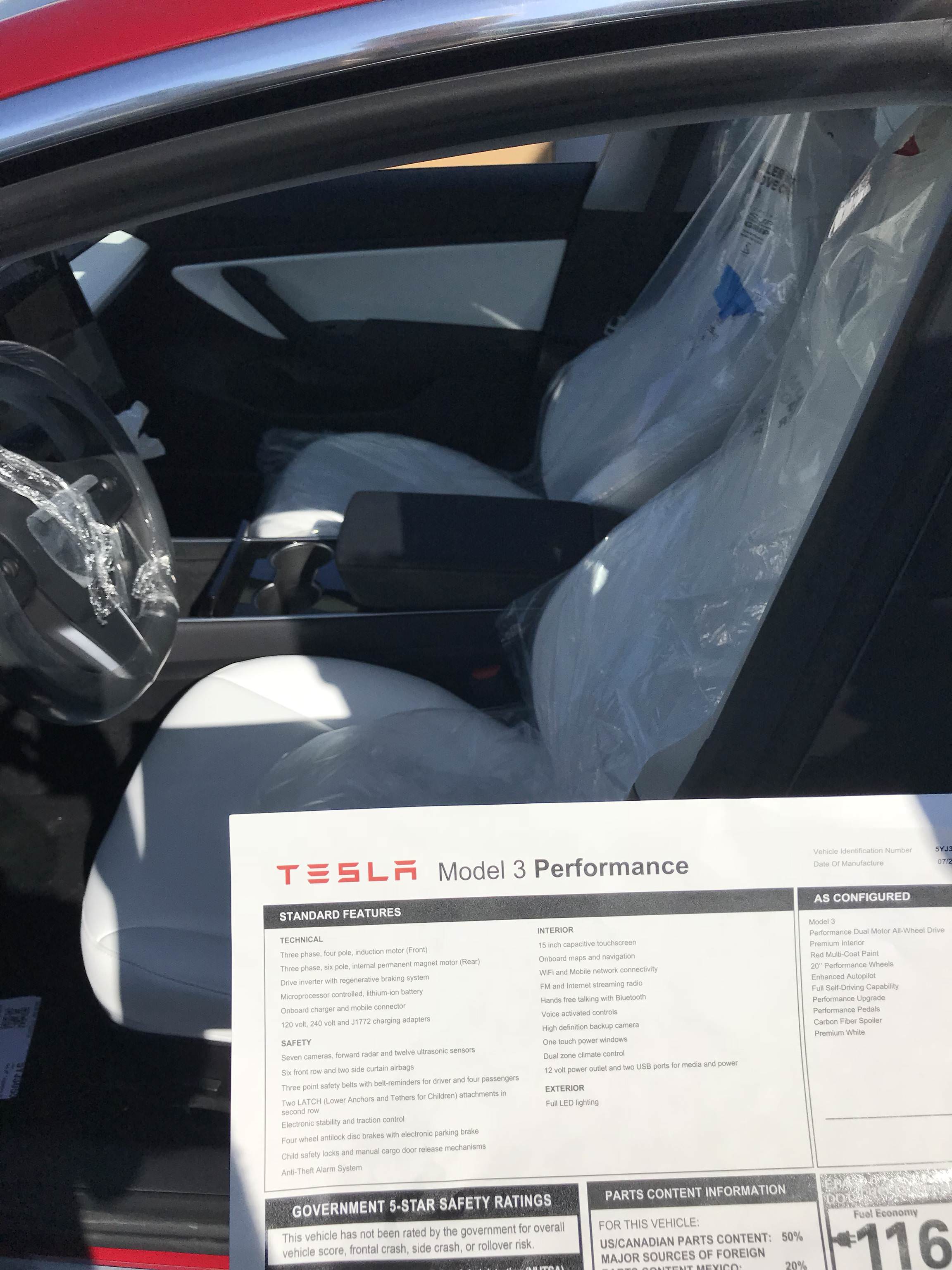 It is significantly lower than the rear-wheel-drive version, but that was to be expected with bigger wheels, performance tires, spoiler, and more weight from the additional motor.

The bigger question is going to be how much it will affect the range. When Tesla introduced the Model 3 Dual Motor and Dual Motor Performance, the automaker advertised the same 310 miles of range as the Model 3 with a rear-wheel-drive motor and the Long Range battery pack.

That figure comes from the EPA test cycle – though documents revealed that the rear-wheel drive version achieved an EPA-cycle range of 334 miles (537 km), but Tesla asked the EPA to lower the official range to 310 miles, which raises some questions.

The main theory right now is that Tesla requested to lower the EPA range in order to advertise the same range for the Dual Motor and Performance versions.

Last week, a CARB filing for the Tesla Model 3 Dual Motor and Performance versions showed that they performed 8% lower in the “urban dynamometer driving schedule” test than the rear-wheel-drive version.

It is not necessarily representative of real-world driving, but it does show the dual motor versions of the car being less efficient.

It will be interesting to see what kind of real-world range people will get because even though Tesla is advertising the same range, it is becoming clear that it won’t be the case.