There’s no big surprise here since we have seen the Monroney sticker of the Tesla Model 3 before, but now the new electric vehicle gets an official EPA rating – confirming its place as one of the most efficient passenger cars on the market.

In the US, the EPA rating is generally the metric used for the advertised range of electric vehicles.

Tesla has been claiming a range of 310 miles (499 km) for the “Long Range battery pack” version of the Model 3.

Here’s the new fuel economy rating for the Model 3 Long Range version on the EPA’s website: 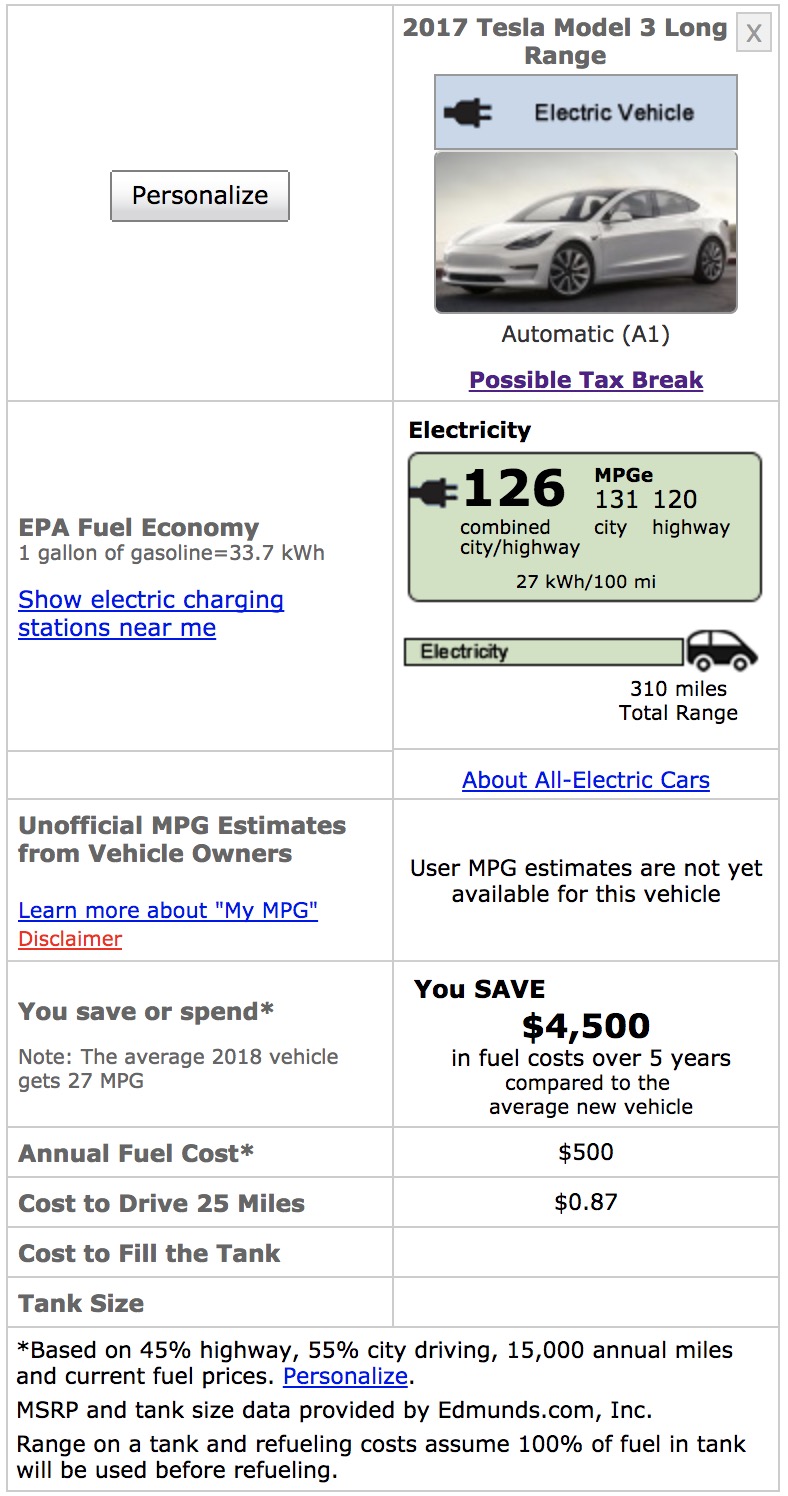 It officially makes Tesla’s new vehicle the second most efficient car available for sale, according to the EPA. 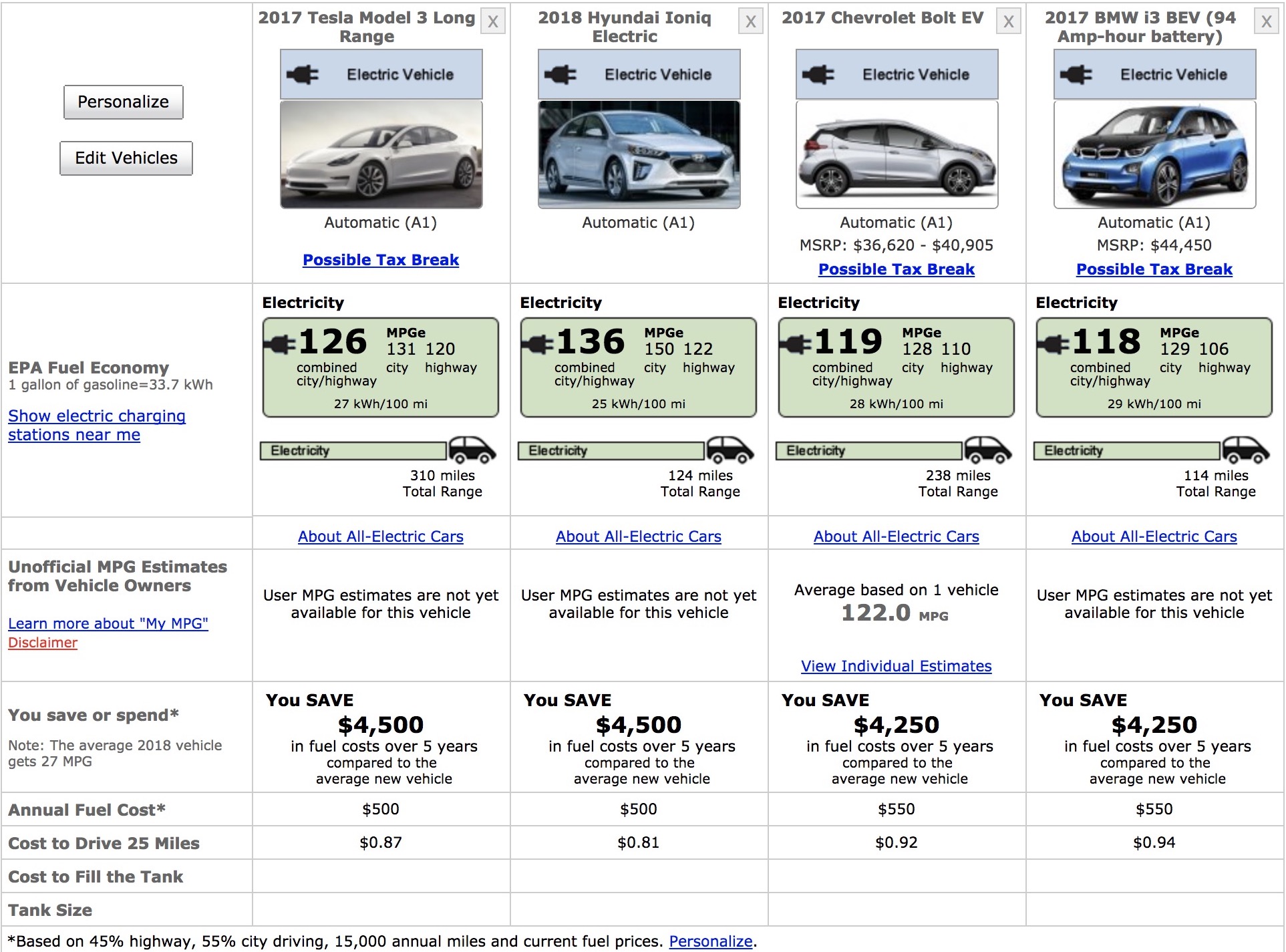 The Model 3 is second only to the Hyundai Ioniq Electric with an impressive 136 MPGe.

The Korean automaker was able to achieve such great efficiency with a relatively small 28 kWh battery pack and range of 124 miles on a single charge (significantly less than half the Model 3’s 310 mile range).

Tesla perhaps has a chance to beat it with the base version of the Model 3, which is expected to have a ~50 kWh battery pack. The expected ~10% weight difference should make it more efficient, but whether or not it will be enough to beat the Ioniq is unclear at this point. We should know more when Tesla brings the standard battery pack to production early next year.

Notably, where mileage is arguably most important – on highways – the Model 3 is only 2 MPGe behind the Ioniq.

Either way, EV enthusiasts should be happy to see new electric vehicles pushing the bar higher in terms of efficiency. And don’t forget that ~$1000/year savings in fuel costs with electricity vs. gas when making a buying decision.