Watch the all-electric, driverless Robocar at the Goodwood hillclimb in this 360º video 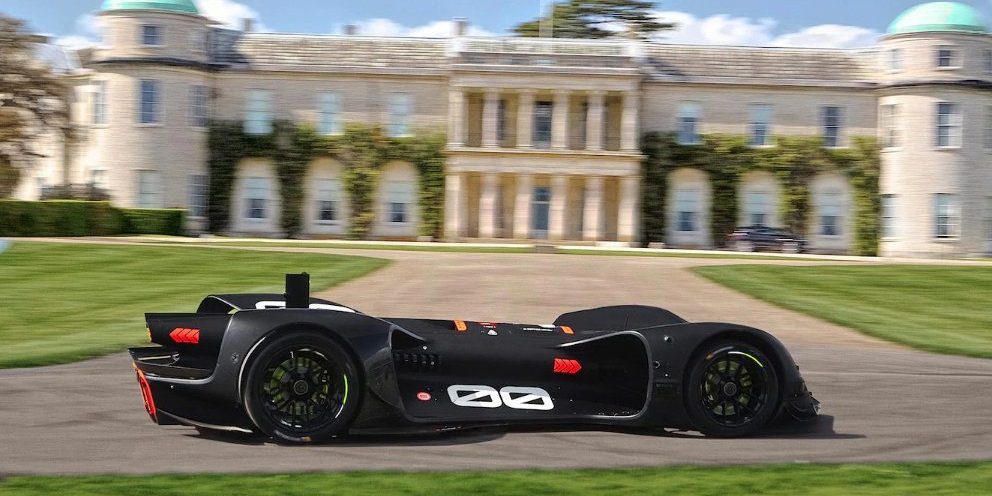 Roborace, the planned driverless racing series which will act as a support race for the all-electric Formula E championship, has been taking their fully autonomous Robocar to various tracks over the last year to showcase their technology.  This weekend they’re at the Goodwood Festival of Speed in Chichester, England, which holds an annual hillclimb event with all sorts of interesting cars, old and new alike.

The Goodwood hillclimb is an annual race up a short, narrow, 1.5 mile course, and is less a serious race and more a way for manufacturers and private collectors to show off modern and classic racing cars.  It’s one of the biggest classic car meetups in the world.

Goodwood is also known for interesting stunts, such as a few years ago when Nissan sent a Leaf up the track in reverse gear, setting an all-time record for the fastest run completed…in reverse.

Robocar will likely set a similar record this weekend, being the first and only driverless car to compete at Goodwood, and thus will have the record for the fastest-ever lap of a car without a human in it.

They’ve only been doing practice sessions so far, and on Wednesday the car took a 360º camera along with it.  Here’s the video:

The car certainly doesn’t look to be taking any risks, braking heavily into slight curves, sticking mostly to the middle of the road and taking a fair amount of time after cornering to get on the power, but it’s a challenging track considering how narrow it is and the intermittent shade and GPS cover from the surrounding trees and terrain which could confuse the car’s autonomous systems.

If you happen to be at Goodwood, Robocar is scheduled to run on Friday at 10:40am, Saturday at 10:50am, and Sunday at 11:25am.  The run will be livestreamed on Roborace’s Facebook page.