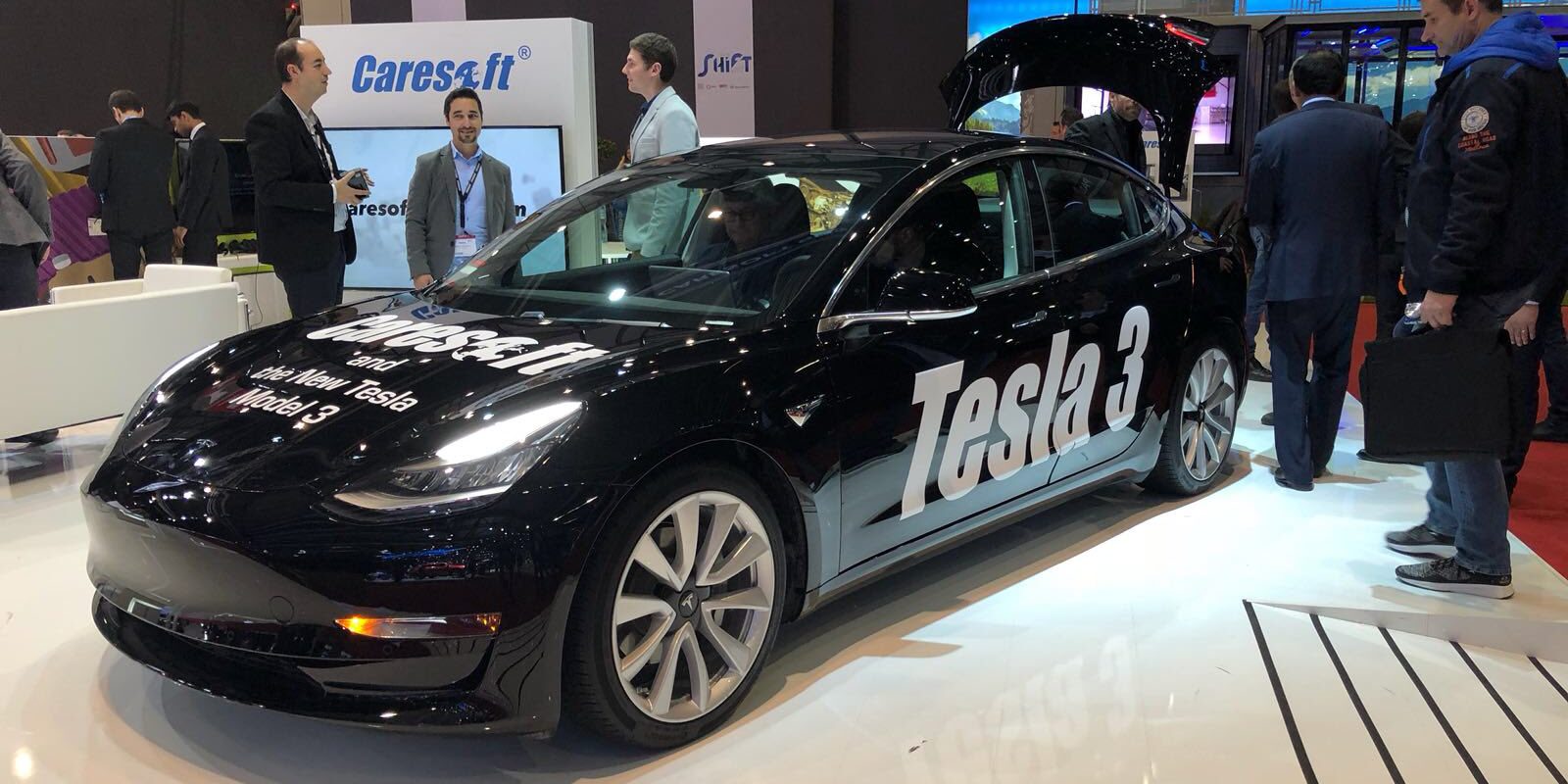 The Tesla Model 3 is still several months away from officially launching in Europe, but it is nonetheless gets an unofficial debut at the Geneva Auto Show today.

The California-based automaker didn’t come to the show this year, but Caresoft, an engineering and benchmarking automotive firm, brought a Model 3 to the event – pictured above via@pampapanda91 .

In Europe, it’s going to be the first opportunity for Tesla Model 3 reservation holders to see the vehicle in person. Caresoft bought a few Model 3 vehicles and dismantled one of them to learn about the vehicle and sell their discoveries to whoever is willing to pay half a million dollars.

At the Detroit Auto show earlier this year, Caresoft brought a Model 3 body to promote their service. And at the Geneva Auto show this week, they’ve brought the full vehicle.

While Tesla probably doesn’t like the fact that they are making it easier to learn from dismantling its vehicles, the company is providing some free publicity for them here. The Model 3 is not expected to arrive in Europe until ‘late 2018’ and therefore, it’s a great opportunity Europeans who want to see the Model 3 in person.

It’s probably going to be the only opportunity aside You You’s upcoming unofficial Tesla Model 3 European road trip before Tesla officially starts deliveries of the car later this year.