The Los Angeles Police Department (LAPD) made a big deal of its announcement that it is leasing 288 electric vehicles, including 160 fully-electric vehicles (mostly BMW i3s) back in 2015.

But now that the fleet has been in operation for over a year, a report shows that the all-electric vehicles are barely being used.

In a new report, CBS Los Angeles‘ David Goldstein obtained the mileage of all the vehicles, which revealed that several only had a few hundred miles on the odometer and those with the most mileage only had a few thousand miles.

Goldstein said in the report:

“Sources say some personnel are reluctant to use the electric cars because they can only go 80-100 miles on a charge. And the mileage logs we obtained seem to back that up. From April 2016 when the project started through August 2017, we found most of the electric cars have only been used for a few thousand miles. And a handful are sitting in the garage with only a few hundred on them.”

Here’s a screenshot of some of the data: 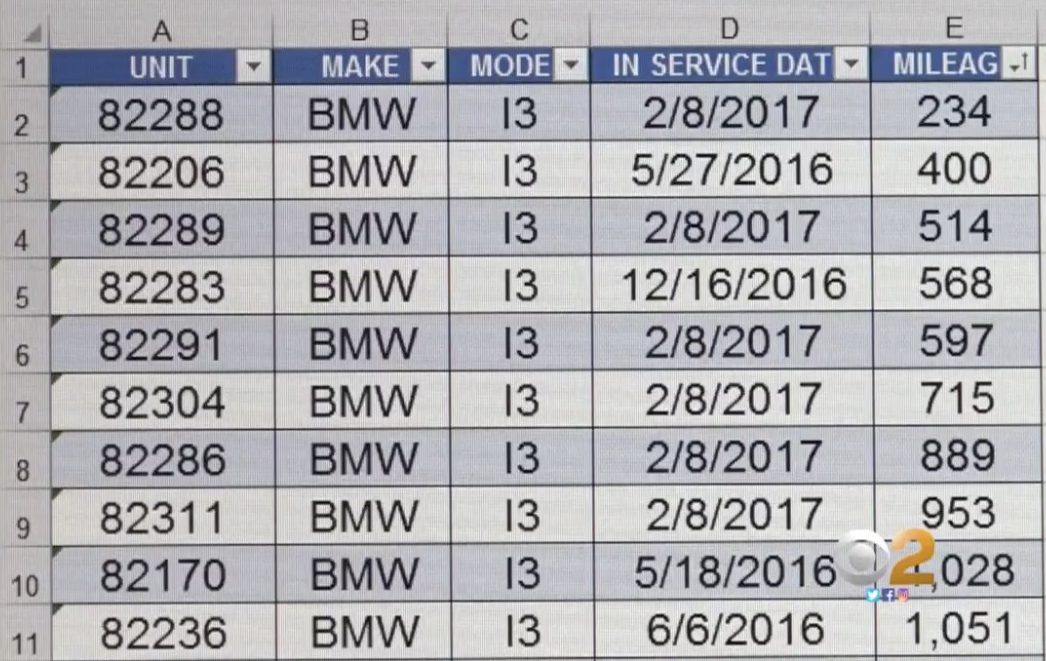 The city is reportedly leasing the BMW i3 vehicles at a cost of $10.2 million, which includes charging stations that were installed at police facilities.

“It’s all a part of saving the Earth, going green … quite frankly, to try and save money for the community and the taxpayers.”

The report was quite strange at times. I mean did they really need to film employees getting a manicure and eating lunch?

But it’s otherwise interesting to learn that such a large fleet of electric vehicles are mostly just parked there without being used.

I was the first to talk up the city of Los Angeles for launching this EV leasing program despite several people claiming that the vehicles were too expensive for the city’s use, especially since they mainly got BMW and Tesla vehicles, but they are not helping their case now.

With electric vehicles, you can make up for the more expensive sticker price with gas savings, but the difference only starts to be significant with decent mileage and that’s not what we are seeing from this fleet.

If the issue is really that LAPD personnel have range anxiety, it should be easily fixed with some education. The BMW i3’s range should be more than enough for most travel in the city and if the employees become more familiar with the charging solutions, it should alleviate some of their concerns.