100 of the BEVs will be used by the LAPD and the rest of the vehicles will go to the city’s Fire, General Services, and Water and Power departments.

The announcement is part of the city’s plan to ensure that 50% of Los Angeles’ new light-duty vehicles are EVs by 2017.

The mayor during the announcement:

“Today, we take another step toward becoming the most sustainable city in America. This year, Los Angeles will become home to the largest city-owned fleet of pure battery electric vehicles anywhere in the country, and we will save taxpayer dollars along the way.”

According to a press release, in addition to the 288 vehicles in the new program, the LAPD will be loaned a Tesla Model S P85D (see picture above) and a BMW i3 (see picture below): 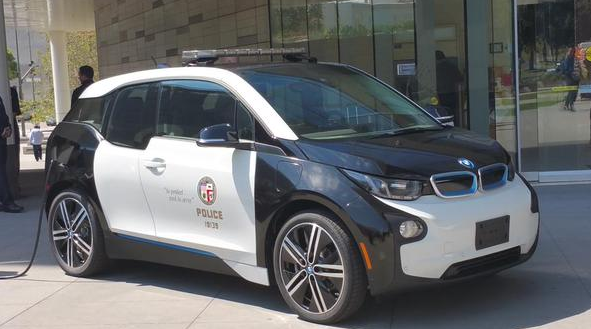 The LAPD said that the Tesla and the BMW will be used for “testing and research by (LAPD) technical experts to determine how this technology can support their future needs.”

Here are a few more pictures and tweets from the announcement: 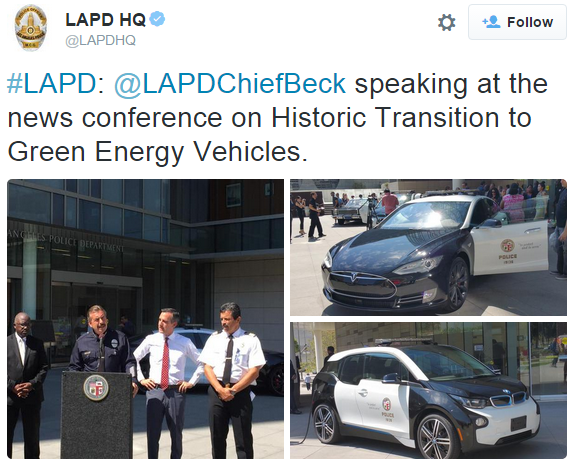 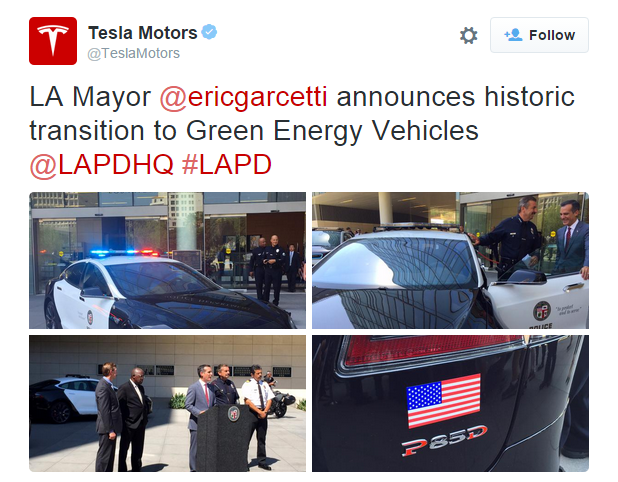 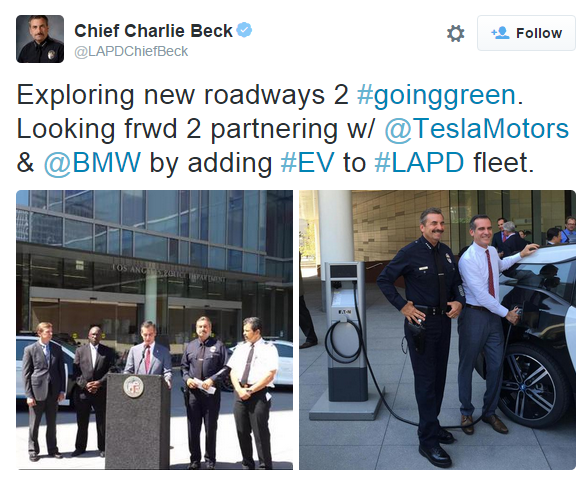