With the success of the Zoe, Renault has become a leader in electric vehicles in Europe.

Now the French automaker wants to keep the momentum going with an investment of over 1 billion euros to accelerate electric vehicle production in France.

Renault listed them in a press release today:

Carlos Ghosn, Chairman and CEO of Renault, said about the announcement:

The acceleration of our investments in France for electric vehicles will increase the competitiveness and attractiveness of our French industrial sites. Within the framework of its Drive the Future strategic plan and with the Alliance, Groupe Renault is giving itself the means to maintain its leadership in the electric vehicle market and to continue to develop new sustainable mobility solutions for all.

Renault listed all its industrial activities in France and where there will be production related to electric vehicles: 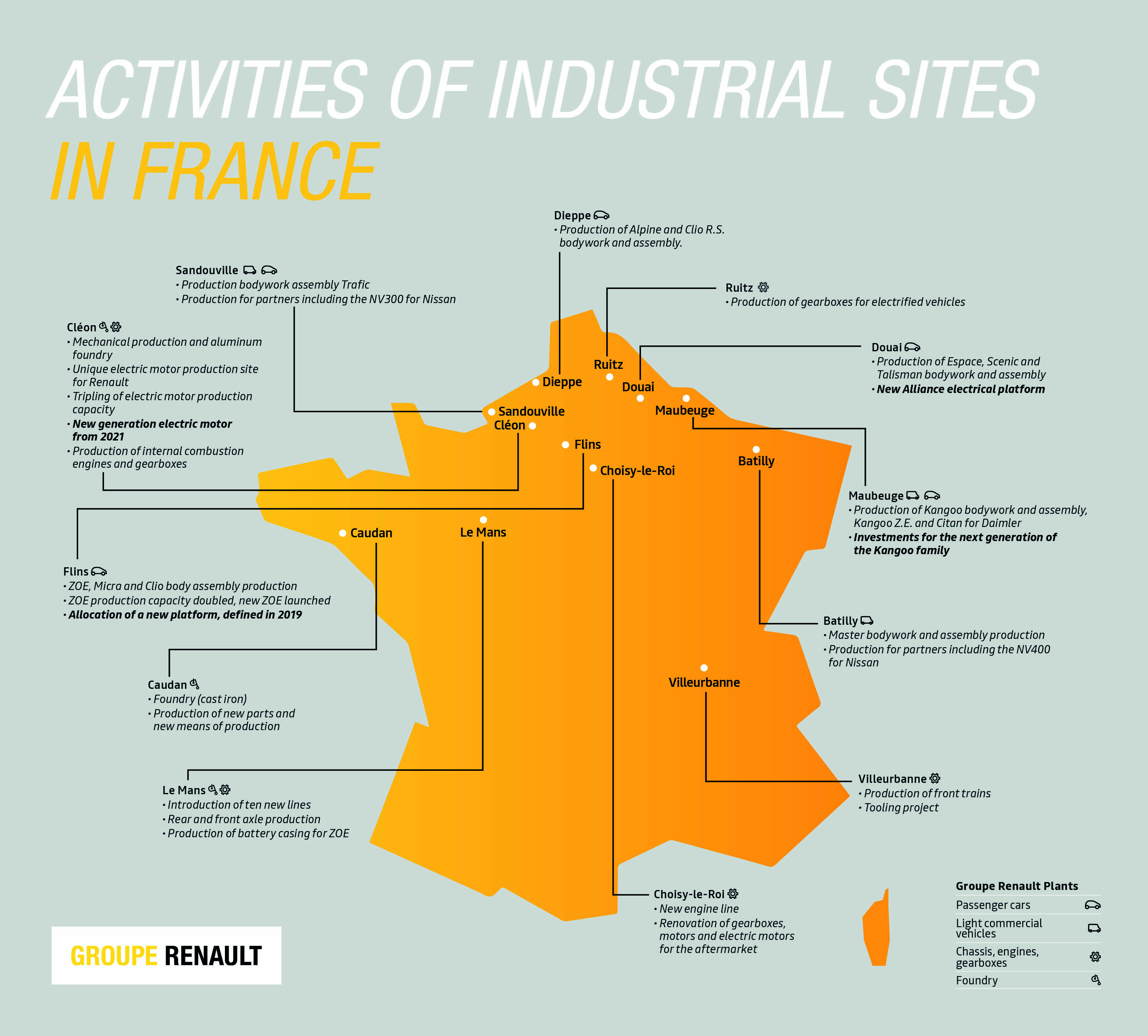 Earlier this year, Renault upgraded the Zoe with a more powerful electric motor and the vehicle has continued to sell well in France and a few other European markets.

Renault says that it posted “38% growth in electric vehicle sales in Europe, with a 44% increase in ZOE registrations and a 23.8% market share in 2017.”

Other EVs should soon join the Zoe in the lineup. The Renault, Nissan & Mitsubishi alliance announced that it will launch 12 new all-electric vehicles within the next 5 years.

They are now working on the supply chain and production facilities to produce those vehicles.