Tesla has been slowly deploying its solar products and energy storage systems on its own charging network in order to have their fleet drive on solar power, but the same products can also benefit all other electric vehicles.

With that mindset, a company in the Netherlands just added Tesla Powerpacks to a universal charging station with solar arrays in order to allow local EV owners to drive on sunlight day or night.

The new charging station is part of the ‘Smart Solar Charging’ project by LomboXnet and several other local partners in Utrecht.

It is equipped with 20 charging points connected to a 200-panel solar array and a 400kW/800kWh Tesla Powerpack battery system.

During the day, electric vehicles can charge on sunlight and the excess solar power is stored in Tesla’s battery packs, which is also connected to the grid, if there aren’t enough EVs charging.

After the sun goes down, the Powerpack can feed the solar power back to the charging station. 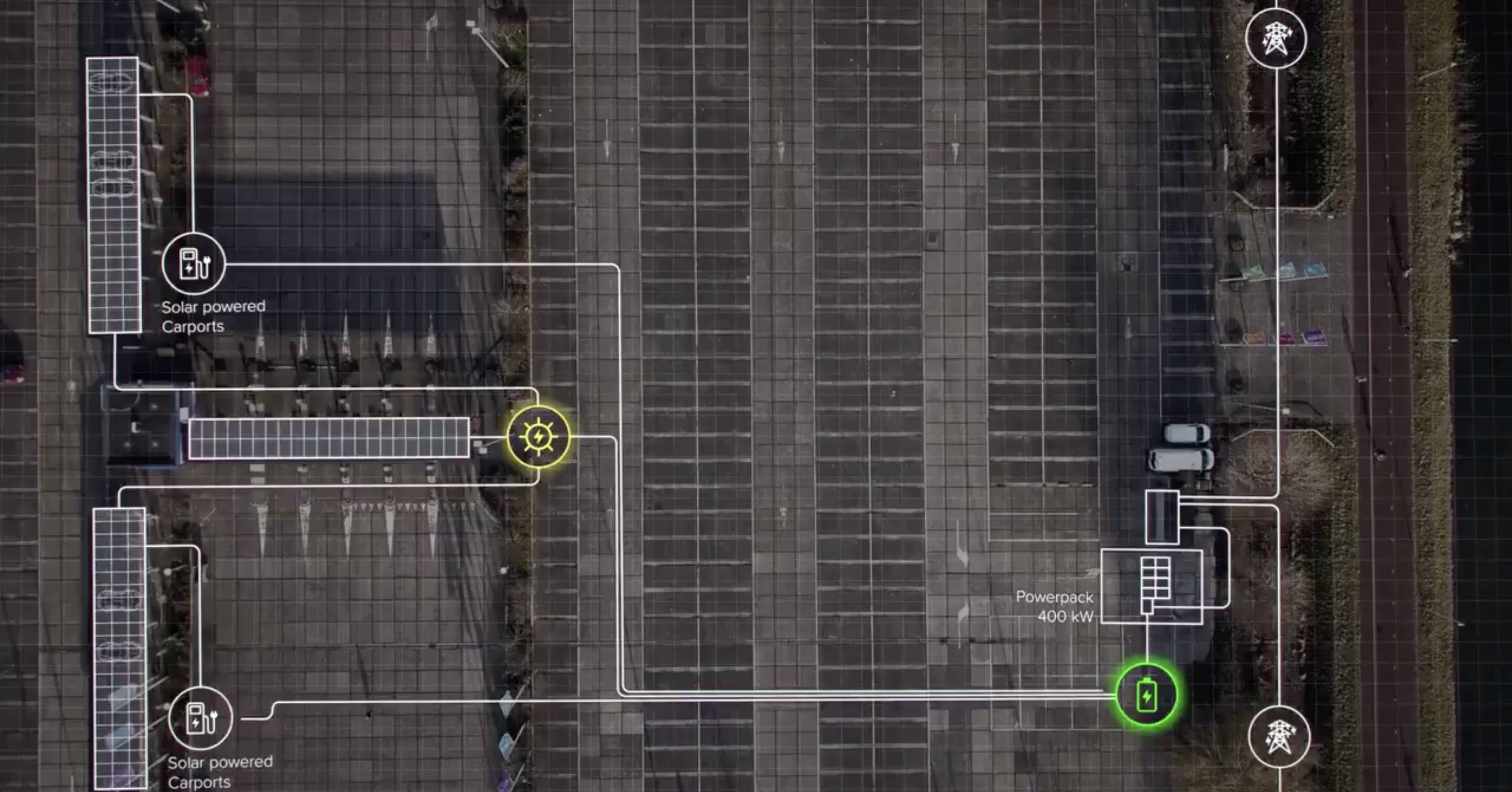 They launched the station last week with a demonstration of 20 full electric cars, in this case, the all-electric Renault Zoe, simultaneously charging on the power of the sun while it no longer shines:

Here’s a video of the installation process of both the charging station with solar array and the Tesla Powerpack system:

The new station marks 10 years of the ‘Smart Solar Charging’ project which resulted in many new EV charging stations and 6,000 solar panels installed on twenty roofs.

Renault is also a partner in the project. We reported on it back in 2016 when the French automaker started supplying a fleet of 150 Renault ZOE electric vehicles to the project.

No matter what is the source of the electricity, electric vehicles are most often significantly more energy efficient than their gas-powered counterparts.

But it feels particularly good to drive electric when you know that your electricity comes from a renewable source, like solar, wind, or hydropower.

It significantly increases your EV’s benefits to the environment and local air pollution, which is why I am a big fan of those solar charging station projects.

Tesla has promised to add solar arrays and Powerpacks to their charging stations, but the deployment has been quite limited. It’s why it’s fun to see its Powerpacks contributing to other charging networks like that.

CEO Elon Musk has linked the accelerated deployment on its own network with the introduction of the new Supercharger V3, which we recently learned could be coming as soon as this summer.

Therefore, we might get to see a lot more solar charging stations relatively soon.