In response to a twitter query tonight, Tesla CEO Elon Musk announced a reveal date for the Model Y: “March 15.”

Soon afterwards, he claimed that he “just made it up, because the Ides of March sounded good,” but added that we should “consider it real” since that date falls within Tesla’s rough target for unveiling the car sometime between late 2018 and mid-2019 anyway.

Here’s the full exchange, for any Musk-whisperers out there who might be able to discern the truth of his statements from twitter tone alone:

I just made that up, because the Ides of March sounded good

But consider it real. We could unveil Model Y anytime from late this year to mid next year, so March 15 is about right.

Musk often makes wild claims on Twitter, some less serious than others, which leave followers wondering if he’s just messing with everyone or actually making a real announcement.

One of the most egregious examples of the “is Elon Musk a crazy person?” game was when he announced that he would be sending a Tesla Roadster to space, an idea which most people dismissed as another of his jokes.  But, then, well… 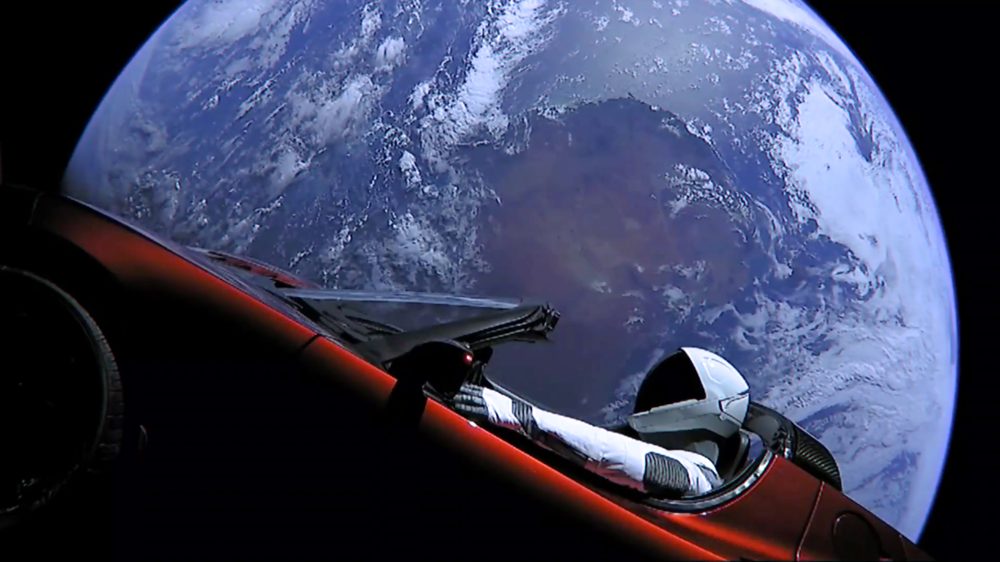 …So we can’t just write off Musk’s tweets as jokes anymore.

Despite being nearly a year from now, the date does make some amount of sense.

First, the Model 3 line should be up and running and cranking out cars pretty rapidly by then, so that will allow Tesla to focus on the “next thing,” which is Model Y.

Second, recent reports suggest that we’re getting closer to Model Y production.  We know that capital investment towards the Model Y will start this year and not long ago a supply chain source suggested that Tesla was targeting Model Y production as early as November of next year, though this was denied soon after by Tesla in their Q1 conference call, where they stated that they are actually targeting production sometime in 2020.

That leaves us 2-2.5 years away from the production of the car currently, and given Tesla’s typical schedule of doing reveals a year or two before shipping a vehicle, March should be high time for us to see the Model Y.

Finally, March 15th is a Friday, which is a fine day for a party.

However, the date is quite far out from Tesla’s last big event, the Semi/new Roadster unveiling last November.

Tesla likes to have big events more often than this and includes event attendance as a reward for their referral program, so they have to throw parties with relative frequency to keep working through that list of reward winners.  So March seems a bit late, especially since there aren’t any other big occasions on the horizon that we are aware of.

There could always be a surprise announcement in the interim, of course, if they feel like there is too much of a dearth of events.  But Tesla’s got a lot on their plate right now and probably ought to focus on Model 3 production, Semi/Roadster engineering, gigafactory progress, supercharger rollout, international expansion, finding new factory sites, and getting the solar roof program off the ground, all on top of Model Y engineering, so maybe a pause in events for the time being is a good idea for everyone’s sanity.

So, “consider it real” – but mark your calendars in pencil, for now, just in case.