Now a new wave of Tesla Model 3 configuration invites went out as CEO Elon Musk says that Tesla is working on the issue.

Tesla started taking Model 3 reservations in-store on March 31 ahead of the unveiling of the vehicle planned for that evening.

An estimated ~100,000 people reserved in-store sight unseen before Musk got on stage and unveiled the Model 3.

Tesla always said that they would be giving priority to current Tesla owners (of Model S, Model X, and Roadster vehicles) and people who live in California, which is closer to the factory, but other than that people were led to believe that the sooner you reserved the higher you were on the list.

That was mostly true for current Tesla owners, according to a self-reported survey of Model 3 reservation holders: 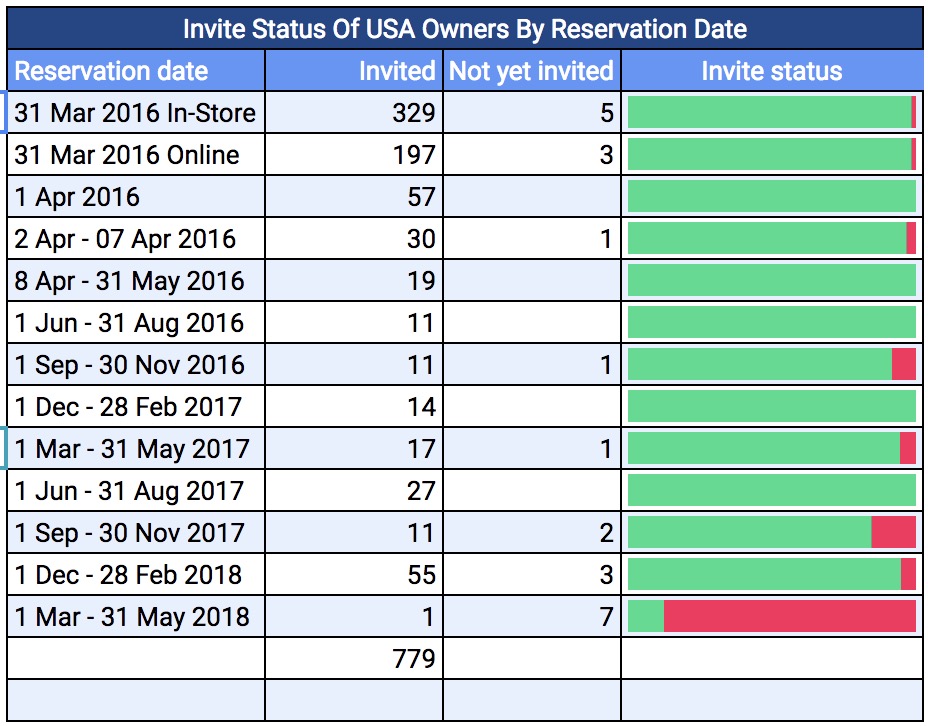 Here’s the same survey result for non-owners from 3 days ago showing that about 20% still haven’t received their invites:

This situation was brought up to us by a few Model 3 reservation holders in the past and we always tracked back the issue to them having chosen a different option than the “first production” in the delivery window: 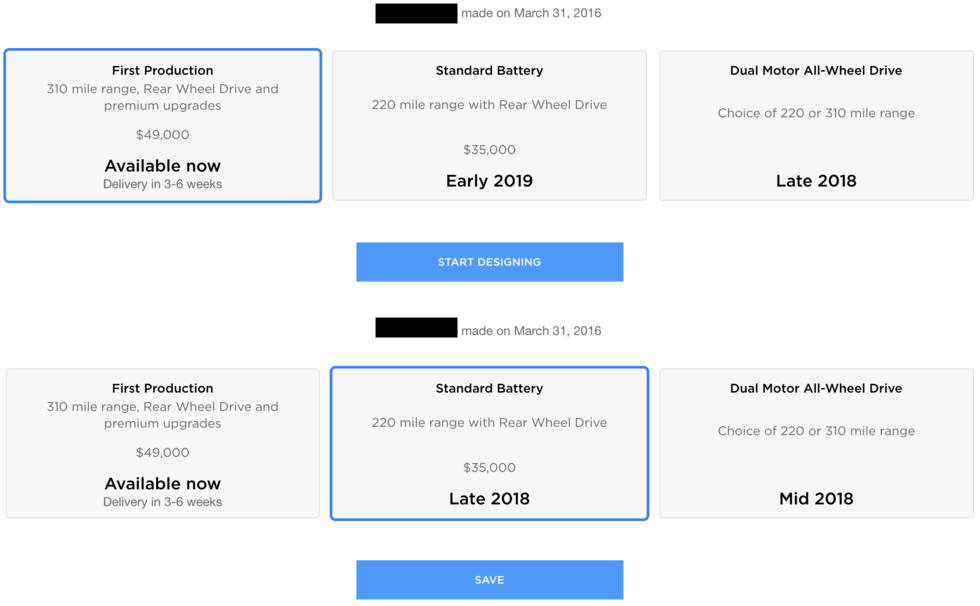 Presumably, Tesla didn’t send them invites since they apparently weren’t interested by the only configuration of the vehicle currently in production so it wasn’t worth it to send them an invite until the configuration they wanted was available.

But a few owners took this up to Musk on Twitter in the past few days and it apparently might not be the only reason and there could be an actual issue since he said that they would correct the situation.

He said this weekend:

Definitely. Will take corrective action immediately. Sorry about this.

And then again last night:

Should be fully fixed within the next few days

And sure enough, Tesla appears to have been sending out a new wave of invites in the past few days and they are closing the gap for first-day in-store reservation holders in the US: 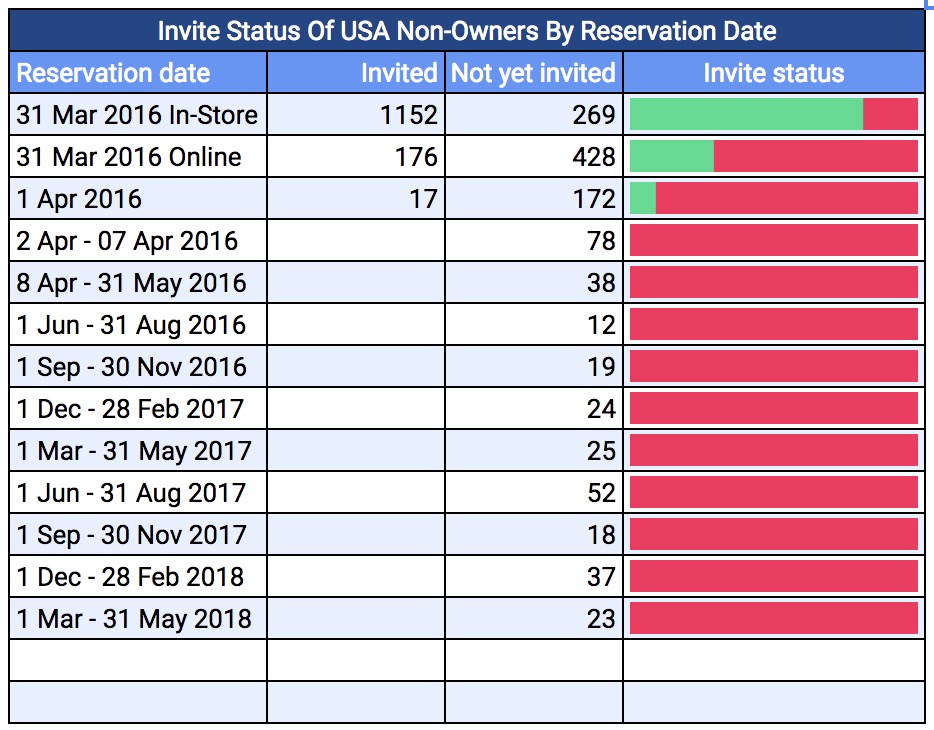 It’s important to note that the survey above represents only a small sample of reservation holders. It’s still not clear if it was an actual issue with the rollout or that Tesla now decided to invite all first-day Model 3 reservation holders in the US to have access to the configurator even though they said they are waiting for another configuration.

Musk recently linked bringing the next configuration option (dual motor) to production with Tesla achieving a production rate of 5,000 units per week, which they expect to hit by the end of the second quarter.

As of last week, Tesla confirmed that they are now producing about 2,000 Model 3 vehicles per week and a recent spike in Model 3 VIN registration indicates that the ramp might be doing better in the past week.