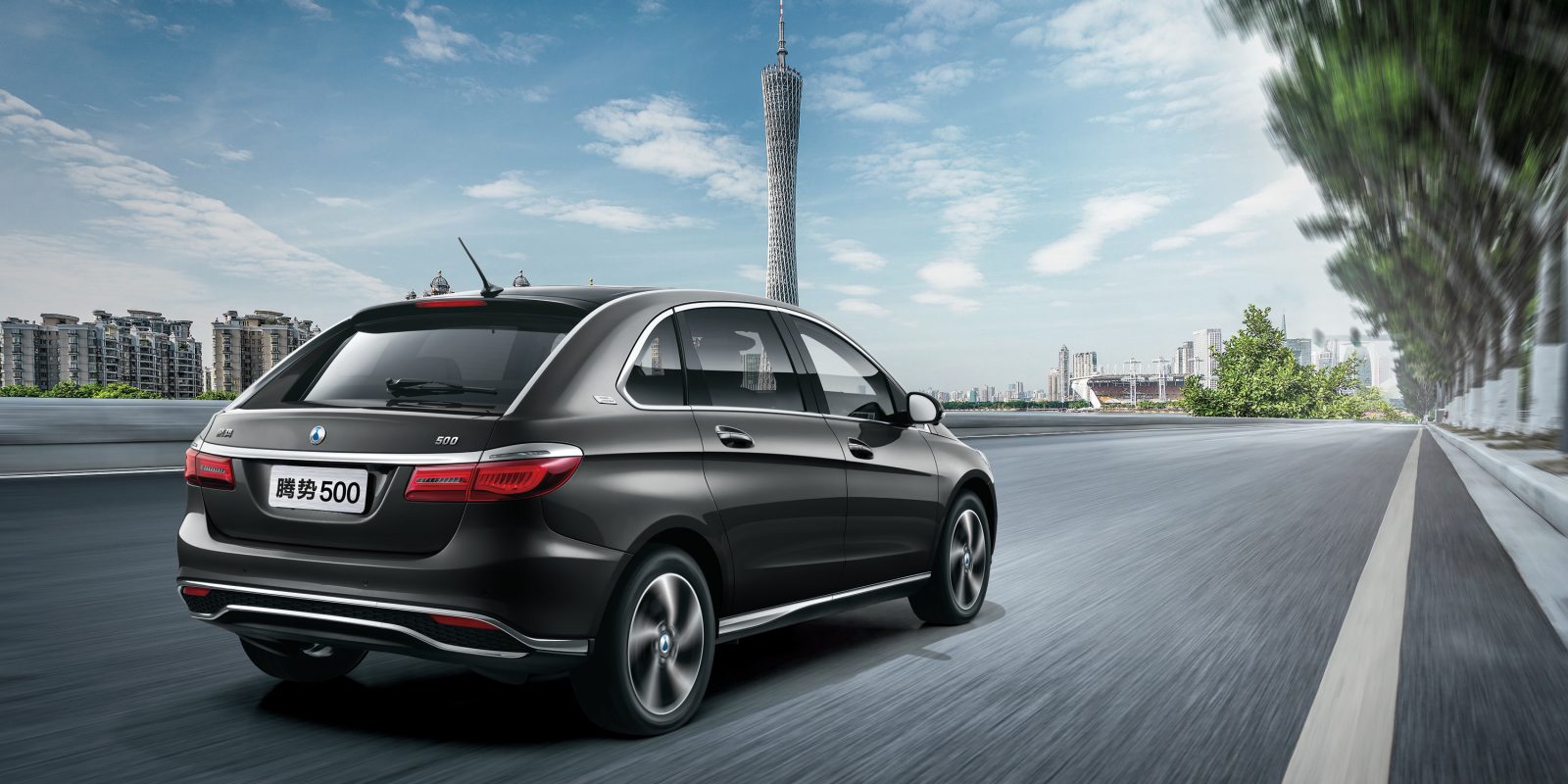 Today, Daimler introduced a new all-electric vehicle under its Denza brand in partnership with BYD in China, where foreign automakers have been accelerating their electrification effort.

“The DENZA 500 adopts a refreshed and unique exterior design, featuring “tiger eye” LED headlights and rippling LED taillights, while inside sees a larger 9-inch touchscreen. Upgraded connectivity services include charging solutions and the DENZA smartphone application. Via the DENZA application, WeChat account, or car navigation system, DENZA owners can quickly locate over 112,000 charging piles across the country. A new battery and additional weight reductions allow increased energy efficiency, providing an extended range of around 500 km. The new DENZA 500 was tested in a wide range of harsh conditions, including severe winter testing at temperatures of as low as –40 degrees Celsius.”

The company is now claiming a range of up to 500 km (311 miles) for the new DENZA 500 model, but it’s unclear how they are coming up with that range since they also say that the NEDC range, which is notoriously not accurate, is “451 km.”

It’s an upgrade on the DENZA 400 unveiled last year. The vehicle had an official range of 400 km – hence the name.

Instead of a 62 kWh battery pack, the new DENZA 500 is equipped with a more energy dense 70 kWh pack, which is why the ~300 miles range is not impossible though something closer to 250 miles is more likely.

In terms of power, it is offered in two options with electric motors that can offer a total output of 86 kW or 135 kW.

Daimler is accelerating its EV effort in China to comply with the local ZEV mandate which starts next year.

It is first expanding its offering through its joint-ventures with local manufacturers, like Denza with BYD, but it recently announced a $1.8 billion investment to produce Mercedes EQ-branded electric vehicles in China.