After a few months of quietly working on their hyperloop project on the East Coast, Elon Musk’s Boring Company has now unveiled the first leg of the project, which is a ‘Loop’ transit system to travel between Washington D.C. and Baltimore in 15 minutes.

As previously reported, the Boring Company’s main project is its network of tunnels under Los Angeles, where it already started digging last year.

They want to alleviate traffic by moving vehicles at high speeds on electric skates underneath existing streets.

But the company is also working on a similar project on the east coast, where they also want to reduce pressure in the tunnels in order to be able to increase the speed of travel, which would create a hyperloop system connecting several cities.

Last year, Musk announced that the project would result in an underground hyperloop system between New York and Washington DC.

So far, it seems that the company has been focusing its efforts in Maryland, where it is working on a 12-mile tunnel that would eventually to extended to connect Baltimore and Washington in what could become the first leg of the major east coast hyperloop.

Today, they released more details about the proposed project, including a route of twin tunnels of approximately 35 miles in parallel from downtown DC to downtown Baltimore: 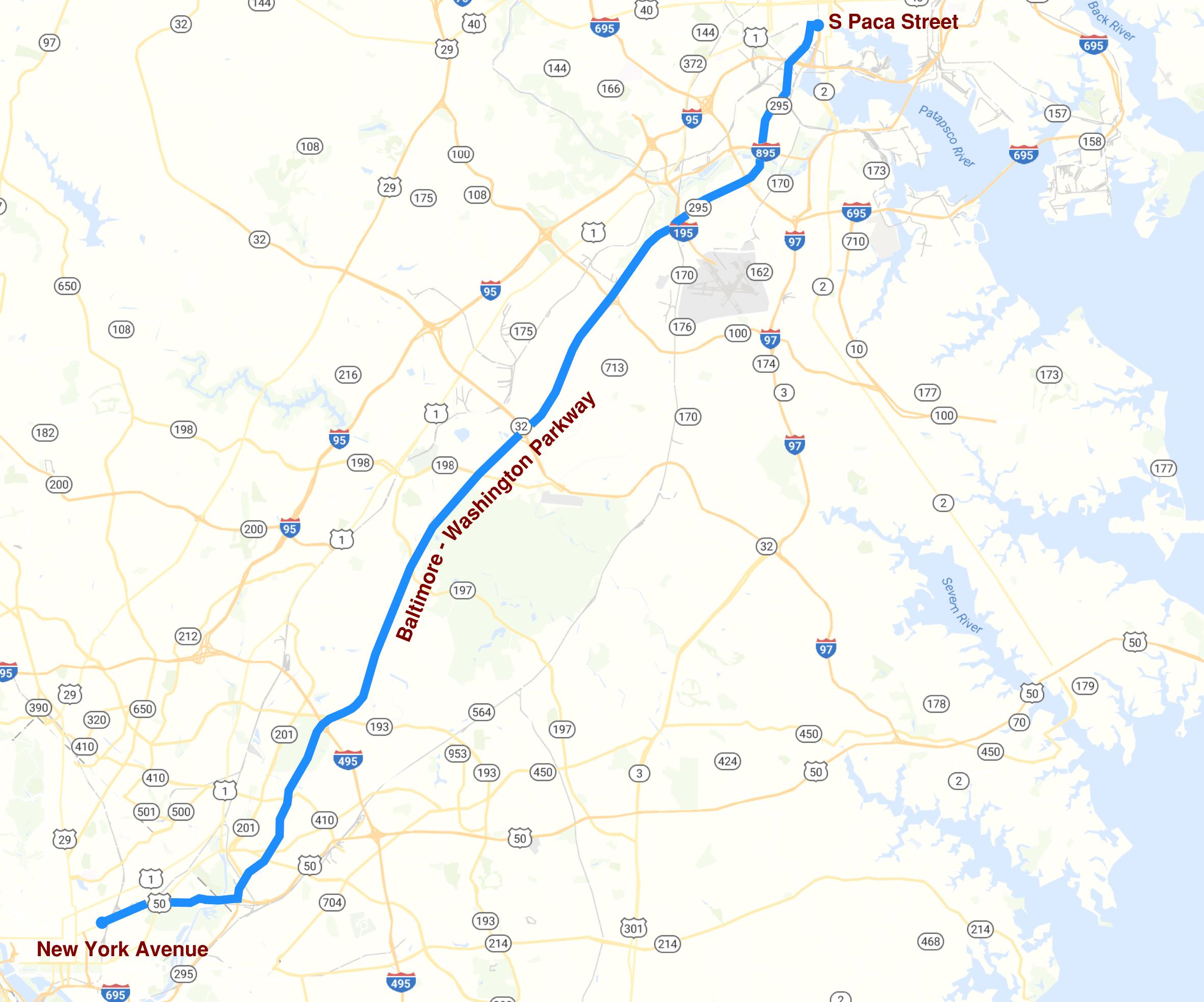 They aim for the route to eventually be extended all the way to New York.

Interestingly, they specified that this part of the system will be a ‘Loop’, like the Boring Company’s Los Angeles and Chicago projects, instead of a Hyperloop, as described above.

“Loop tunnels are designed to be compatible with Hyperloop requirements (see FAQ for the difference between Loop and Hyperloop).  A Hyperloop trip from DC to New York would be less than 30 minutes, so we are hopeful that this tunnel could eventually be part of that trip.”

It sounds like they could eventually reduce the pressure in those tunnels to turn them into a part of the eventual longer east coast hyperloop.

Musk’s new startup, which he jokingly claims to be financing with the sale of hats and flamethrowers, says that the project would be entirely privately funded and it could be completed in only 12 to 20 months – depending on the speed they achieve with their boring machine.

It’s not clear when they would start construction as the company says that almost a dozen government agencies are involved in the process.

Like any large infrastructure project, a lot of red tapes is expected.

As Musk recently announced, the Boring Company will focus on hyperloop and tunnels for pedestrians and cyclists.

It’s also the case for this proposed project.

They say that they want to work with the cities of Baltimore and Washington D.C. to figure the best places to build stations for the ‘Loop’, which they now describe as “a high-speed underground public transportation system in which passengers are transported on autonomous electric skates traveling at 125-150 miles per hour.”