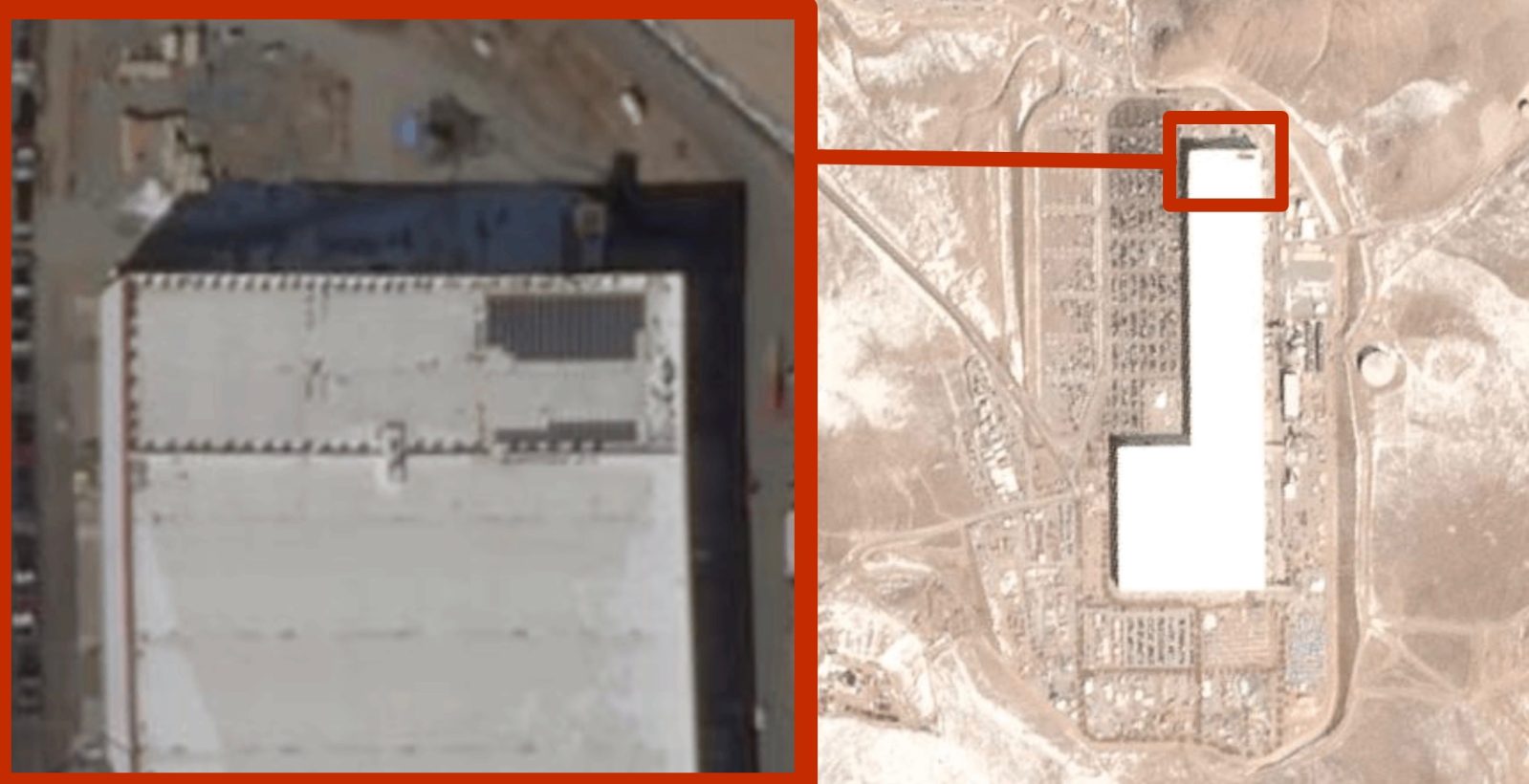 Tesla finally started construction on what could become ‘the world’s largest solar rooftop array’ at Gigafactory 1 in Nevada.

Now that can be a little confusing because Tesla actually has a “solar Gigafactory”, known as Gigafactory 2, in Buffalo where they manufacture solar products with Panasonic, but the actual plant is powered by hydro-electricity.

Gigafactory 1 is where Tesla produces battery cells with Panasonic, energy storage products for Tesla Energy, as well as its own Model 3 battery packs and drive units.

The Gigafactory 1 has a giant roof in the middle of the desert so it makes sense to install a giant solar array on top of it.

But a year after the announcement, there was no sign of a solar array at Tesla’s battery factory… until now.

The latest satellite imagery of the Gigafactory 1 construction site shows that solar panels are finally coming up on the north side of the factory (image via Building Tesla):

We reached out to Tesla about a comment on the new solar array and we will update if we get an answer.

Our main question is whether or not Tesla is using its own new Panasonic solar modules manufactured at Gigafactory 2 in Buffalo, creating some new synergy between Tesla’s two gigafactories.