Tesla held an event for investors at the Gigafactory in Nevada last week and more information is now coming out of it. We already reported on Tesla disclosing the start of battery cell production during the event and CEO Elon Musk commenting about Trump’s stance on renewables potentially changing.

Now the company has released more details about the ‘Gigafactory 1’ (GF1) and its plan to build the largest rooftop solar array in the world by releasing the handout given to investors before the tour of the cell production floor. The document is embedded below.

Since the announcement of the project, Tesla has been claiming that it will not use any fossil fuel and instead be powered by renewable energy – mainly a solar array.

They now confirmed that there will be both a rooftop array and solar ground installations. At 70 MW, the rooftop array would be the largest in the world by a wide margin. The company wrote in the handout:

The largest in the US is currently on a Whirlpool Corporation Regional Distribution Center in Perris, California, and it’s 10 MW. There’s one slightly larger, 11.5 MW, in India. It’s fair to say that 70 MW would dwarf both those installations.

“All-electric allows for greater efficiency in the factory itself along with zero carbon emissions. A large portion of building heating is provided by waste heat recovered from production processes. Gigafactory’s closed-loop water supply system uses six different treatment systems to efficiently recirculate about 1.5 million liters of water, representing an 80% reduction in fresh water usage compared with standard processes. Construction is underway for an on-site recycling facility that will safely reprocess all types of Tesla battery cells, modules, and packs, into various metal products for reuse in new cells.”

In the document, Tesla described cell production process and disclosed that a German company moved in the factory to start production of the battery cell cases: 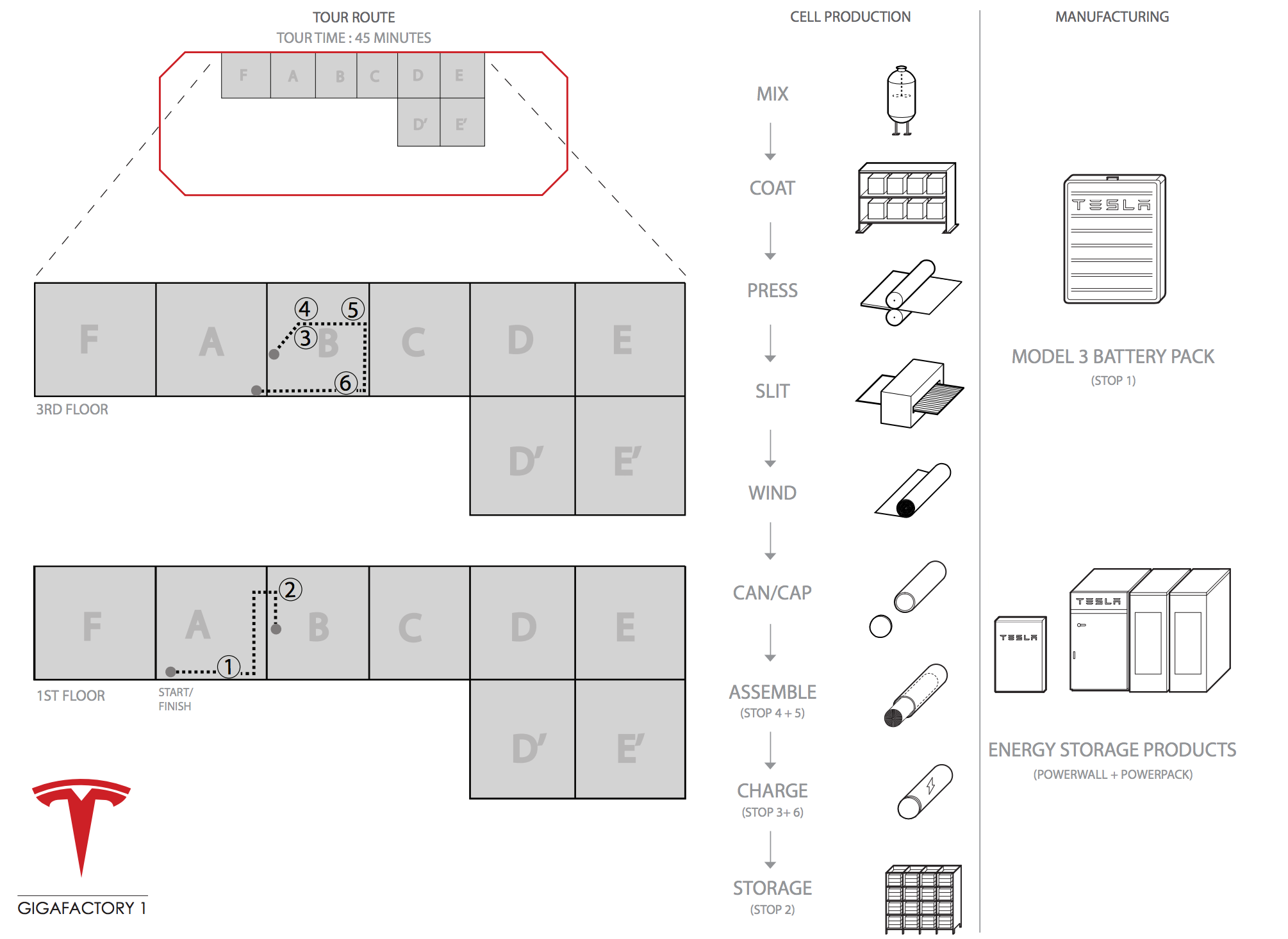 Interestingly, Tesla apparently “stopped” the tour at “Model 3 Battery Pack” as shown on the handout.

It’s not clear what the investors on the tour got to see, but it could be the first time that Tesla showed the battery pack of the upcoming Model 3. We will try to find out more. Also, it’s not clear if the drawing is an actual representation of the pack like they are for the Powerwall and Powerpack: 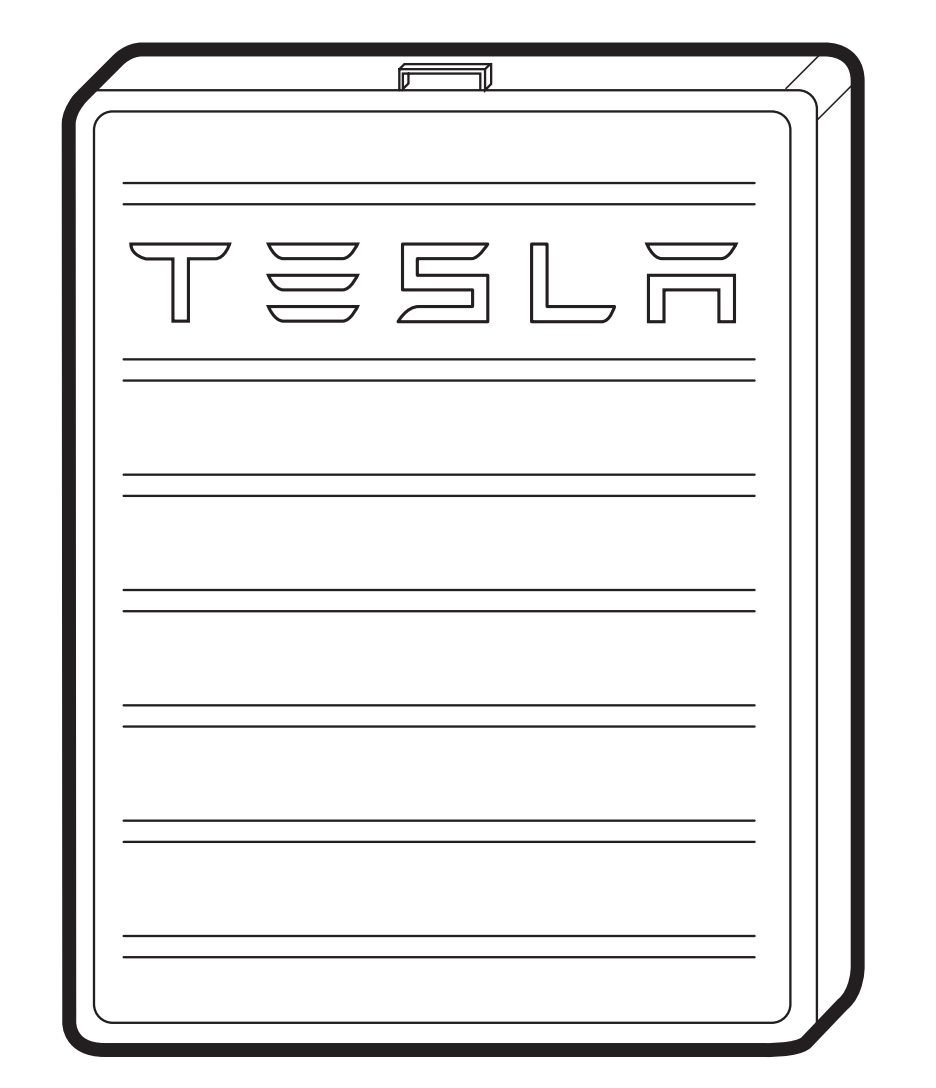 The automaker confirmed last week that they plan for the new 2170 battery cells to make their way into Model 3 battery packs as soon as in Q2 2017.

Tesla had originally planned a production capacity of 35 GWh of battery cells and battery pack production of 50 GWh at the Gigafactory 1, but now the company is guiding that capacity for 2018 and 3 times that for full production around 2020.

In the document, Tesla explained how they managed to lower GF1 capital investment per GWh to achieve the increase:

And for the cost per kWh of cells and battery packs:

Here’s the document in full:

If you want to install a solar array at your home or business, we recommend getting quotes from more than one installer in your region. You can see if it makes sense for your property and if you can be saving money on your energy bill with a free solar quote here.