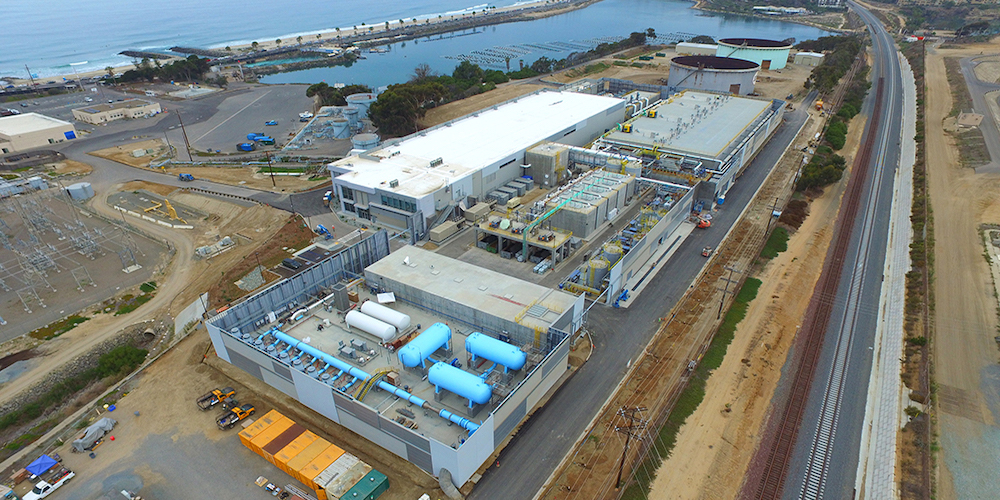 You know that argument that comes up when someone sees your electric car and says something like, “it is way worse to mine lithium needed for batteries than oil and what happens when the lithium runs out? I saw a Meme on the internet so I know it is true.”  Well…

Fun fact: The earth’s ocean water is full of lithium salts and getting at it will simply be a byproduct of desalinating drinking water from seawater. This process is growing by leaps and bounds, especially as climate change is putting cities like Capetown in water crisis.

Sure there are downsides to desalination like scooping up marine life and the incredible energy it takes to produce fresh water as well as what to do with the byproducts. But these are solvable problems, especially as freshwater is dumped into our oceans from the melting ice caps.

New technologies like metal-organic frameworks (MOFs) will start to alleviate the energy use issue as well. New Atlas describes the technology:

MOFs boast the largest internal surface area of any known material. Unfolded, a single gram of the material could theoretically cover a football field, and it’s this intricate internal structure that makes MOFs perfect for capturing, storing and releasing molecules. Recent research into the material could see MOFs put to work as carbon emission sponges, high-precision chemical sensors, and urban water filters.

So basically, a larger surface area means less pumping power to get water through this filter, saving energy. But there’s an added benefit: this membrane can separate out lithium from the other chemical compounds in the ocean. From the abstract of the paper Ultrafast selective transport of alkali metal ions in metal organic frameworks with subnanometer pores (PDF)

For instance, currently, separation and purification of minerals such as lithium salts from rocks and brines involve the use of large amounts of chemicals and/or time-consuming solar ponds, which is costly and environmentally unfriendly. Therefore, the development of highly efficient lithium ion separation membranes is key to addressing this technological challenge, especially with increasing demand for energy storage materials (such as for lithium batteries) and the decline in the reserves of these resources (13).

Next time someone tells you your electric car’s lithium is just as bad as oil, just tell them it could be a byproduct of desalination and literally 2/3rd of the earth’s surface area is full of it.