It’s not just concept vehicles and press releases anymore. Mercedes-Benz revealed in detail today its plan to build electric vehicles in volume at 6 factories across 3 continents and a “global battery network” to support the effort.

As we previously reported, Daimler has one of the most aggressive electrification plans amongst established automakers. They plan for Mercedes-Benz and smart cars to offer electric versions of all car models by 2022.

The German automaker already invested in the production of those cars in its home country and last year, it announced plans to invest $1 billion to build the ‘EQ’ electric cars and batteries in the US.

Today, they released more details on their global plans for electric vehicle production.

Markus Schäfer, Member of the Divisional Board of Mercedes-Benz Cars, Production and Supply Chain, commented:

“Our electric vehicles will be built in six plants on three continents. We address every market segment: from the smart fortwo seater, to the large SUV. The battery is the key component of e-mobility. As batteries are the heart of our electric vehicles we put a great emphasis on building them in our own factories. With our global battery network we are in an excellent position: As we are close to our vehicle plants we can ensure the optimal supply of production. In case of a short-term high demand in another part of the world our battery factories are also well prepared for export. The electric initiative of Mercedes-Benz Cars is right on track. Our global production network is ready for e-mobility. We are electrifying the future”.

They released the following map to illustrate the production network with electric-related manufacturing facilities in blue: 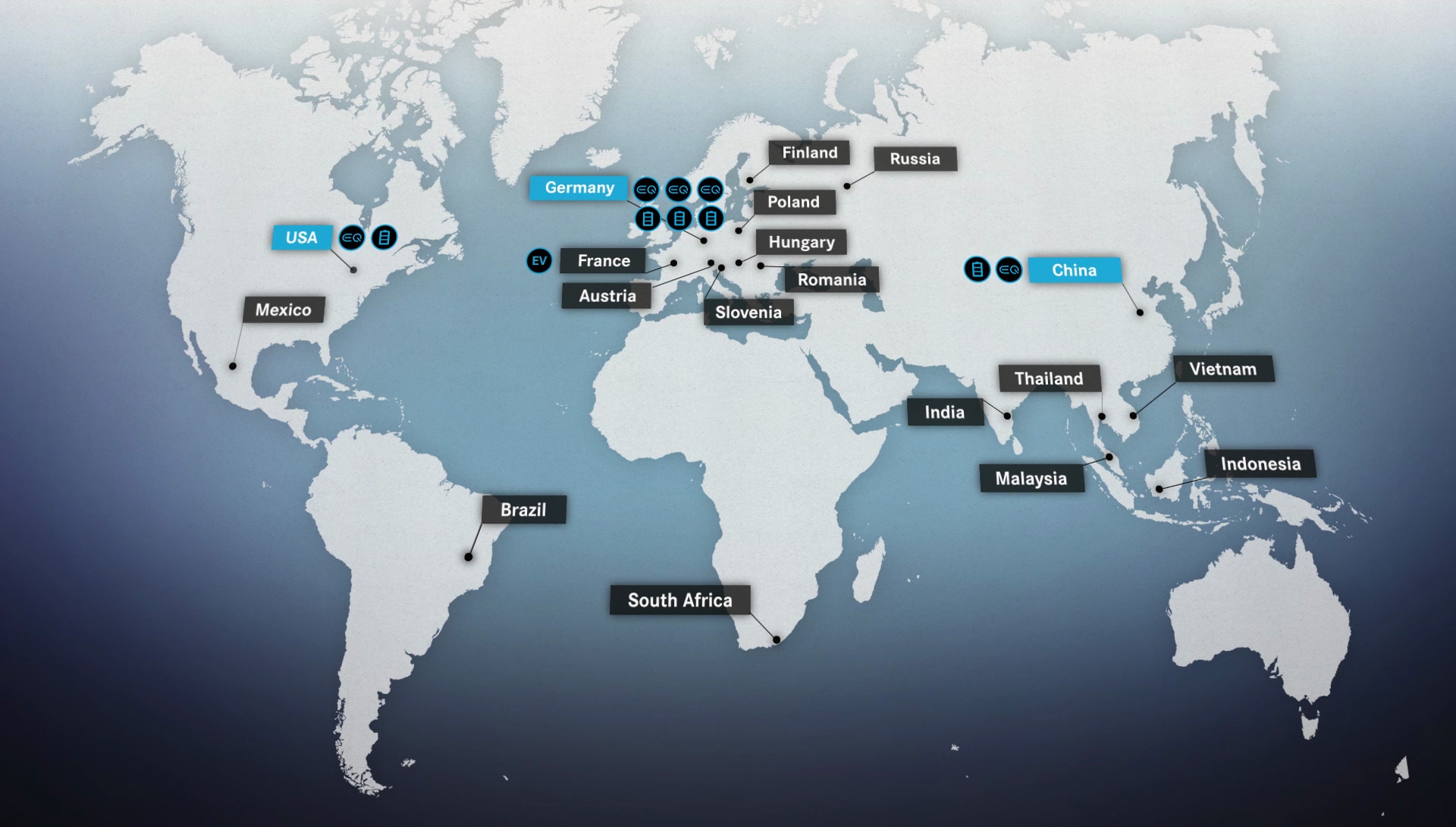 Daimler confirmed that its “second battery factory” in Kamen, Germany will be completed this year and the first EQC electric vehicles will be produced in Bremen, Germany in 2019.

The company says that they are building “a global battery network”, which currently comprises five battery factories on three continents, in order to support the automaker’s electric vehicle plans.

I have been saying for a long time now that the best way to determine how serious an automaker is about electric vehicles is to look at their battery supply chain and their efforts to establish production for their EV programs.

In that regard, Daimler appears to be the most serious amongst established automakers in my opinion.

Though I would note that there’s a caveat to their “battery factories”. So far, it appears that all their plants are for battery packs and not battery cells, which they get from suppliers.

Last year, they partnered with Korea-based battery manufacturer SK Innovation, which recently announced a doubling of its battery production for electric vehicles to 4GWh/year to support demand from Mercedes and others.