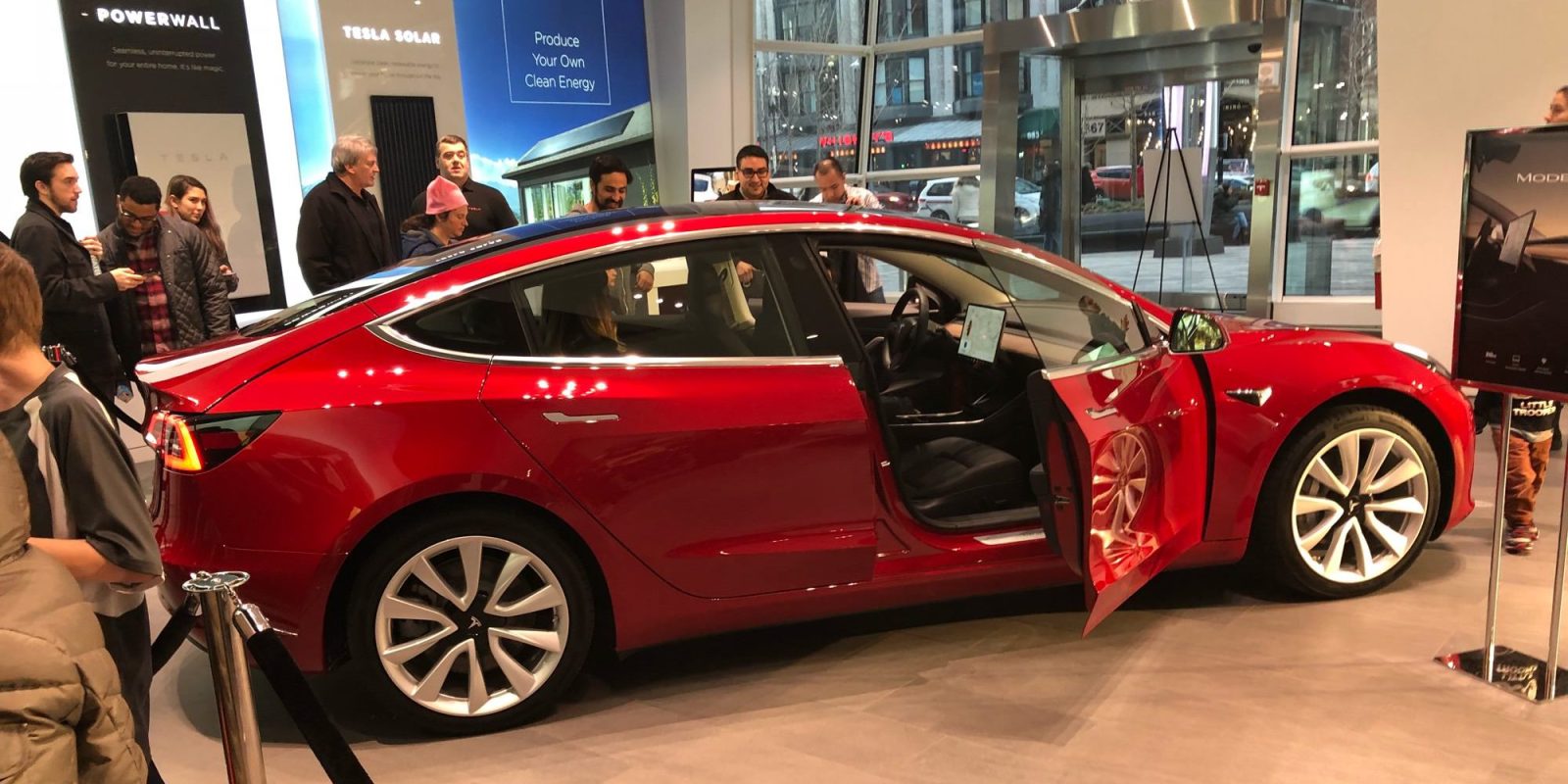 Tesla brought Model 3 display cars for the first time on the East Coast this weekend and the new electric vehicle attracted the interest of many as EV enthusiasts rushed to the automaker’s showrooms.

Last week, we described how Tesla’s Stanford Mall in Palo Alto and its Century City Mall in Los Angeles, the first two stores to get Model 3 display cars, were mobbed by people wanting to see the car for the first time.

The situation has been similar on the East Coast this weekend.

As we reported on Thursday, Tesla expanded its Model 3 display car fleet to its New York City showroom in Manhattan’s Meatpacking district, its Boylston Street showroom in Boston, and its Miami store in Florida.

Reddit user GetawayDriving stopped at Tesla’s flagship store in Boston yesterday. He told Electrek that there were about 50 people waiting to see the car when he arrived and just as many people coming when he left.

Tesla brought a red Model 3 instead of the Midnight Silver cars seen at the stores in California. He shared a few pictures:

People had to wait about 45 minutes just to get about 2 minutes with the car and a Tesla employee giving a short walkaround.

Dhruv Kumar stopped at the New York City store, where there was a similar situation yesterday, but it wasn’t as busy.

He told Electrek that there were about 20 to 30 people in line. Tesla brought a Midnight Silver display car again. Dhruv shared a few pictures:

It’s an exciting time for Model 3 reservation holders who have an opportunity to see the car in person, but I think it also has some implications about the demand for the vehicle and consequently, demand for EVs in general.

As we discussed on the latest episode of the Electrek Podcast on Friday, even though the 400,000+ backlog of Model 3 reservations is already impressive, it could very well only be the tip of the iceberg.

The backlog was reached mostly sight-unseen, but now that the vehicle is in production and reviews are almost all praising it, I expect that the demand will increase significantly.

And now that the vehicle is hitting the showrooms, many of which are located in high traffic areas, it could likely expand the Model 3’s reach beyond Tesla fans and EV enthusiasts.