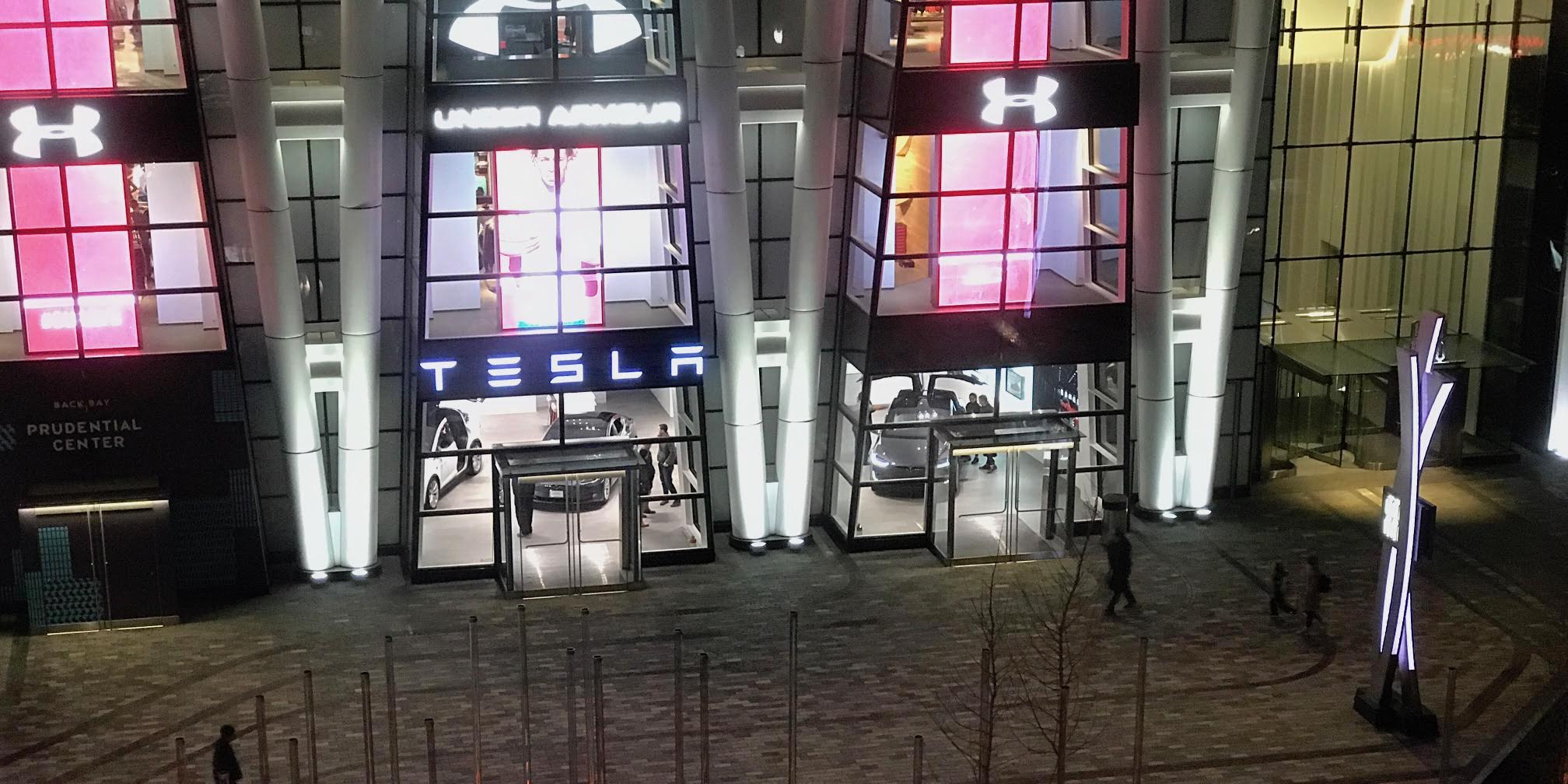 Earlier this year, Tesla confirmed that it is trying to open one new retail location every four days until the end of the year in order to grow its retail presence of already more than 260 stores. CEO Elon Musk said that Tesla would focus on the Northeast region of the US, which he referred to as an “underpenetrated” market for the company.

Earlier this year, we reported that Tesla would be moving its small gallery in the Prudential Center on the Boylston Arcade side of the complex to a better location.

Tesla has now moved to a bigger and more sought-after location on the Back Bay side entrance of the Prudential Tower.

Instead of being hidden deep inside the center, this new location in Boston is right at the entrance of the Prudential center (hat tip to SB for the picture):

Despite this new location and few others that recently opened, the northeast remains “underpenetrated” – especially when it comes to service centers:

Tesla can currently compensate by sending out Tesla Rangers (Tesla’s mobile repair service) when owners need service far from its service centers, but the service will be more difficult to scale when the Model 3 comes to market and vehicles are added to Tesla’s fleet in more significant numbers.

The company expects the number of stores and service centers to go up to 450 by the time the Model 3 hits the market in 2017.